Every year, Krewe de Jean D'Arc kicks off the Mardi Gras season with a celebration of Twelfth Night-and Joan of Arc's birthday. Inspired by Joan of Arc's time in 1400's France, this medieval-themed parade celebrates the liberation of citizens of Orleans, France from Britain, coining her moniker "The Maid of Orleans." There's no better way to honor the unofficial patron saint of New Orleans than to take part in this unique foot parade. joanofarcparade.org/

Uptowners and those along the St. Charles Avenue streetcar route can celebrate the beginning of Carnival with the Phunny Phorty Phellows. The fun starts at 6:30 p.m. at the Willow Street Car Barn where members of the Krewe of Oak gather to toast the Phellows. At 7:00 p.m. the special streetcar filled with masked and costumed members and the Storyville Stompers will ride to Canal Street before returning to the Car Barn for an after-party. phunnyphortyphellows.com

Those along the Rampart-St. Claude Avenue streetcar route can catch the Société Des Champs Elysée. This group of 40 members boards at 7:30 pm at North Rampart Street and Elysian Avenue, continuing to Union Station before returning. Similar to the Phunny Phorty Phellows, these revelers will throw beads and toys. societedeschampselysee.org

Five Things to Do With Your Kids This Week

With summer in full swing, your kids may be getting antsy, hoping to do something exciting and out-of-the-norm. Of course, work schedules make that difficult, and the coronavirus creates even more problems when it comes to changing up the... 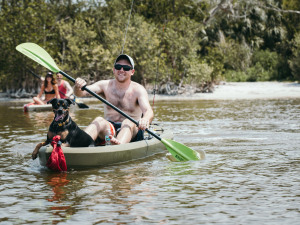 New York may be the city that never sleeps, but New Orleans makes sure to keep busy, too. There's always plenty happening across the city, and this week is no exception. Whether you're hoping to get lost in music, nature, art, or something else entirely, we've got your back. Check out this list of our five favorite events in New Orleans this week! Neutral Ground Sidewalk... 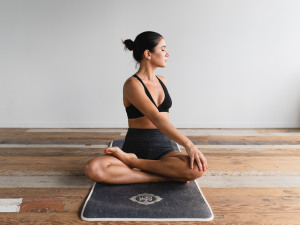 Five Workouts to Try This Week

Working out is a great way to relieve stress, and these are stressful times, as we all know. For some, getting back out there and being on-site, in-person is what you crave, even while remaining safe is paramount. For others, you're not quite comfortable returning to quasi-"normal" and prefer to keep your social distance. But that doesn't mean that you still don't want to take part, stay fit, and have some fun. Here are five...