We wanted to get some statistical balance due to the infl ux of tourists around big events such as Jazz Fest, as chances are that if you're reading this, you're a frequent or first-time visitor to New Orleans. Or maybe you're a strategic transplant resident who has avoided saying "Rocheblave" for two years now, who didn't go to Wal-Mart for months upon moving, not because of moral hesitancy, but because translating the oral "Tchoupitoulas" to the street sign was a few blocks too far from a logistical jump. Or maybe you're a native, proficient at shortcuts and enraged by my incorrect advice. If so, be my guest! For if there is one thing the streets of New Orleans tell, it is a complex history, and you're probably right whether you call Clio Street "CLEE-oh" or "CL-EYE -oh."

In most cities, cardinal directions are a handy navigation tool. You can go north on a street, turn west at some landmark, south at McDonalds. Well, aside from the charming and conscious lack of familiar, self-orienting fast food chains in the most heavily visited sections of the city, there is the dizzying fact that directions mean almost nothing. Go ahead and note that the West Bank is simply "the other side of the river," and realize that streets that run parallel in one part of town intersect in another. Oh, and the nationwide east-to-west I-10 dips down into a concave north/south triangle just for us. It's best to think of things as River Side and Lake Side, and to smile when you ask for directions. I had a friend visiting from France. She was lost, telling me over the phone her location in a perfect French pronunciation of the street names.

After much back and forth over "Shart Street," a place I've never heard of, ahem, I asked her to drop the French and say it like a cowboy. Haltingly, reluctantly, she responded with "Chart-Errs?" I instantly knew where she was.

First enjoyed by the native Choctaw, technically founded by the French, fought for by the Spanish and fi nally, Americans, it is no surprise that the pronunciation of these streets follow no classic linguistic guideline. Plus the origin of these names, while interesting, doesn't really give us insight into local pronunciation. Dumaine, Toulouse, and Chartres, for instance, are all named after illegitimate children of Louis XIV, but are pronounced not only in an American, but in the case of Chartres, a completely illogical, way.

The city itself is named for Philip II, Duke of Orleans, nephew of Louis XIV, notably scandalous de facto regent of France for seven years (1715- 1723). In a desperate attempt to bail the country out of Louis XIV's extravagant debt, Orleans and John Law set the streets of this city in a way so as to be blatantly royal. Law's financial genius was based on the idea that a monarch should pay off his debts by collecting lots of gold from his subjects (rather than liquidating even one wing of Versailles). Often called the inventor of inflation, Law set out to make New Orleans an extravagant, impressive investment, a source of national pride worthy of draining your wages. Thus the streets were named politically, after French royalty, as a constant reminder that without your king, you get no city, so send him your money quick!

Now these Rues (French for "street"), became Calles (Spanish), became our celebrated tourist destinations. And I didn't even mention Bienville, who was here toiling away while Louis XIV was naming himself the Sun King. And of course, the geography of New Orleans is much, much more complicated "Chop") and complex than can be explained on one page. If you really want to learn the history (and chuckle in the meantime), pick up a copy of Frenchmen, Desire, Good Children by John Chase. In the meantime, rather than stumble around the Marigny, face illuminated and blinded by your smart phone's GPS, use the guide below to take a shot at pronouncing these bad boys.

After a decade, sandwiched between bars, jazz clubs, and the wild energy of the 600 block of Frenchmen Street, the Frenchmen Artist's Market is moving…one block away! New Orleans is known, worldwide, as a city of the arts. We are the place that you come to fill your soul... 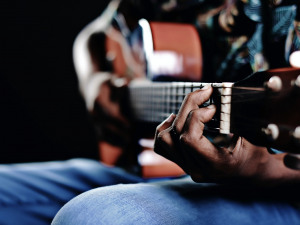 Back when I was in high school and just starting to learn the ropes of guitar playing, me and my Uptown/Carrollton area buddies used to play at open mike opportunities at the old Penny Post Cafe on Danneel Street. Once, when David, Scott and, I ventured towards Fat City where we also sometimes went and we had snuck into the old Augie's Delago Bar in Bucktown of New Orleans located in a three story building dockside on Lake... 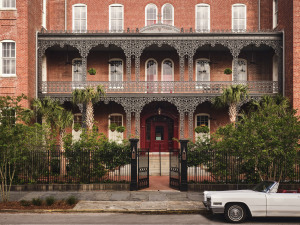 For almost 50 years, the landmark St. Vincent Guesthouse in the Lower Garden District was the perfect place to score budget accommodations. For around $70 a night, guests could stay in a run-down hotel replete with musty odors, questionable linens, dirty drop ceilings, and paper-thin walls, yet many adored it nonetheless. After all, the guesthouse still offered glimpses of 19th century architecture on the interior and a stunning exterior,...