WHERE SHOULD I THROW UP?

You've got a Mardi Gras game plan for your throws, but what about your throwing up? Take this quiz to decide where you should hurl on Fat Tuesday.

Your poly neighbor who makes leather gloves and owns chickens. (3)

Roommate who hasn't paid rent in three months but spent $200 on a costume for Chewbacchus. (3)

Everyone at the Popeye's on Claiborne. (4)

Dogwalker who is 20 minutes late and has the molly. (2)

Walk a respectful distance to a bush. (1)

Walk into a house party and pretend you know someone there. (3)

4. The parade is later. What are you pre-gaming?

5. Have you ever done cocaine?

6. Who are you hoping not to run into on Mardi Gras Day?

Weird landlord who ends every text with an ellipsis. (3)

Man who you met yesterday and made out with at a gay bar for four hours. (2)

7. Your friend just got off work and is coming to meet you. Where should (s)he go?

Lakeside Mall, the outside. (4)

8. What are you wearing Mardi Gras Day?

Wings made from PVC pipe and Christmas lights. (3)

Beads you caught from flashing when no one asked you to. (2)

Kombucha and fried chicken
out of a bag. (3)

Daiquiri and fried chicken out of a box. (4)

Costco cheese from your friend's BBQ on the neutral ground. (1)

Your investment in the Brad Pitt houses to pay off. (2)

For everyone to be Catholic. (4)

Mostly 1s: You got Uptown. You should throw up in a Muses shoe.

You've been walking the same two miles along Napoleon and St. Charles for the past week, and it's time to throw up on some of it. There are too many kids and too much trash to feel comfortable doing it on the ground. But look! There's the Muses shoe you caught earlier. Carefully unwrap it from the plastic while you think about the $10 you spent on pushcart Domino's. Wasn't that a mistake? Bombs away! Oh look, is that someone you work with? Hi, Carol.

Mostly 2s: You got French Quarter. You should throw up outside the Cat's Meow while making eye contact with a white mom from Indiana.

Mostly 3s: You got Marigny. You should throw up behind the Porta Potties outside of R Bar.

It's been a long day of taking molly at 7:00 a.m. and making out with everyone you've met since. You've run out of rum nips from your vegan leather fanny pack, and it's time to throw up outside. Behind the Porta Potties at R Bar is ideal because you can keep your place in line for the bar but remain out of sight from anyone you might still want to make out with. Stop eating hot dogs that you find. They were left for a reason.

Mostly 4s: You got Metairie. You should throw up on Veterans Blvd.

After watching about one fistfight every three miles from your backed-up car on the route with your grandparents, who are now wasted on daiquiris and full of Popeye's, you're feeling a little queasy. You need to navigate away from the grandstands, so the news doesn't film you in this vulnerable moment-then let 'er rip. There's going to be a lot of foot traffic, and you're going to know about a third of the people walking by, so just remember to be proud.
Geaux Saints!.

Wednesday Is Now Italian Night, Thanks to Red Gravy

If spending time stuck at home with an empty fridge has you dreaming of an authentic homemade Italian meal, you're in luck. Red Gravy has exactly what you need. Owned by New Jersey-native Roseann Melisi Rostoker, this Italian bistro has been... 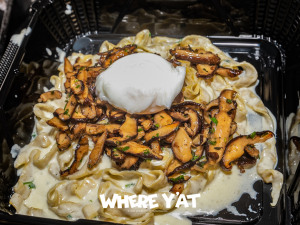 Copper Vine is offering incredible deals, available for courtyard or curbside pick-up, Monday through Sunday from 11 a.m. until 8 p.m. Customers can get 20 percent off food, 50 percent off wine and beer, and half-priced wine bottles from the company's Special Cellars List. Their menu features delicious lunch, dinner, and family-meal options. For lunch or dinner, try the blackened... 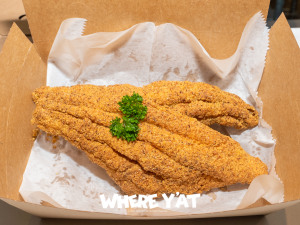