The History of the Cajun Deep-Fried Turkey

With Thanksgiving just around the corner, many kitchens will soon start prepping for their holiday dinners. Everyone knows that turkey is Thanksgiving's most common and best-known dish around the dinner table. The day isn't called "Turkey Day" for nothing. In fact, according to time.com, over 46 million turkeys are eaten across America on Thanksgiving Day. While many take the usual approach of oven roasting their turkey, a tradition near and dear to some Louisianans is deep-frying their holiday bird. Fun fact: The tradition of frying turkeys originated right here in Louisiana—a tradition that has now led to the deep-frying of turkeys in homes and backyards throughout the world.

What kick-started the deep-fried turkey craze was the creation of portable propane cookers in the 1970s. According to seriouseats.com, it was then that propane cookers were developed that featured large gas burners sturdy enough to hold heavy aluminum pots. At the time, these portable cookers were used by Cajuns to cook another Louisiana staple: boiled crawfish. As the portable cookers utilized sizable pots, they were ideal for boiling water filled with tasty seafood or for cooking delicious meals. People later branched out from boiled water and began filling the cookers with other liquids, such as oil to deep-fry delectable foods, starting with chicken and fish.

In 1982, according to United Press International Reporter Gary Taylor, a small town in Louisiana developed a new method of using the cooker to deep-fry the Thanksgiving favorite turkey. The Louisiana cooks created a liquid base of Italian dressing that they proceeded to load with salt, pepper, cayenne, and various Cajun seasonings in order to inject the turkey with mouthwatering flavor. From there, the Cajun deep-fried turkey was born! This Cajun delicacy was the bird heard round the world. The new cooking method for turkey sparked a flame among Louisianans that led to published articles, recipes, and television programs showcasing deep-fried Cajun turkey. By the 1990s, fried turkey had become a food phenomenon and a certified specialty of the South, specifically Cajun Louisiana, where the cooking style was developed.

Cajun Louisiana is to thank for the culinary tradition of deep-frying turkey, with it becoming a Southern standard by enhancing the bird with full-flavored Cajun spices and seasonings. Deep-frying turkey has also become a go-to method to cook turkey on Thanksgiving for many throughout the United States and is still done in its original fashion of injecting or seasoning with Cajun zest before deep frying. The frying method has become well known for creating a crunchy exterior with a tender and juicy interior, which turkey-lovers are sure to enjoy.

The deep-fried bird has become a holiday favorite used yearly with all the same Cajun flair. Whether you deep-fry turkey every Thanksgiving or are just trying a hand at it for the first time this year, make sure that all turkeys are seasoned to perfection with all the Cajun fixings, but also cooked carefully and safely!

A Slice of the Pie: Five Spots to Visit on National Pie Day

National Pie Day will be held on January 23. It's a day dedicated to spoiling yourself with a high-calorie American delicacy. So, get ready to feed your face with some of the most delicious selections of pie that the city of New Orleans has to offer. Whether you stop by Willa... 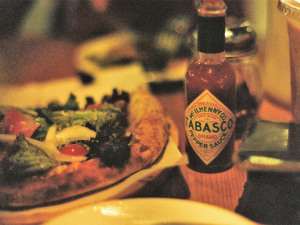 National Hot Sauce Day falls on January 22. It is a day for all spicy-sauce fanatics to showcase their appreciation for their favorite sauce. It is also an excellent opportunity to taste-test different styles of hot sauce and find out which one is a favorite. Some suggestions for kick-starting your day of heat include making dishes featuring your favorite sauce, taking a trip to your local grocers to try some different sauces, and... 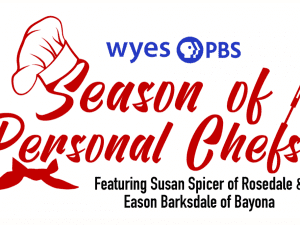 Support Your Local Businesses With WYES’s “Season of Personal Chefs”

From the end of January to the beginning of March, WYES will be hosting an event called Season of Personal Chefs. This is a COVID-friendly version of WYES's Season of Good Tastes. This special dining experience gives restaurant customers a safe way to support local businesses during the pandemic. The event consists of a prepared dinner from six different restaurants and a chance to virtually meet the chefs. Dinners will be...