I spoke with the festival's co-director, Charles Lucia, about this years diverse crop of films and this is what he had to say: “From Foreign films and LGBT to dark comedy, traditional Suspense and Sci-Fi, we really cover a lot of ground this year. This year is also our first foray into cultivating a film for the festival. Most festivals do this to raise awareness of the festival by having a highly anticipated World Premier or replaying a film that was well received or sold out at other festivals. We have traditionally shied away from this route as we prefer to chose our films based on artistic merit, originality and quality. This year we have brought on Terror Films as our only out of state sponsor. They are a distribution company and film buyer out of Los Angeles. In the end, the job of a film festival is to create exposure for the chosen films. We can think of no better way to do that or to put the films in a position to get actual distribution than to involve a company that is interested specifically in Horror Films and is dedicated to getting those films out to the public. Even with this collaborative effort, Trace (the film that we received from Terror Films) is actually one of the films that I am most excited about screening this year. It is about a group of College students that is stalked by a demon that is unleashed through EVP recordings. It is an excellent film with outstanding production value.

Other features that really stuck with me were Bloodsucking Bastards, House on Pine Street and Chimeres. Bloodsucking Bastards, is a very high-quality dark comedy - sort of an Office Space meets Fright Night. House on Pine Street is a phenomenally creepy suspense film that grabbed me from the opening. It is a slow burn and creates an air of high suspense very quickly without using the traditional methods of doing so. For example, the first 45 minutes of the film is set in the daytime and does not use the normal dark or foreboding shadow tricks. Instead it uses the same vehicle that made Jaws so accidentally successful — you are not allowed to see the character's tormentor. They pull it off VERY well in this instance. Chimeres is a Swiss film, shot in Belgium and acted/spoken in French that changes up the traditional vampire flick. A love story that turns tragic, it uses familiar vehicles of getting there but takes a very different route. It is more of a cross between the traditional Windigo and Werewolf lore than what one normally thinks of as 'just another Vampire film.'”

Lucia also wanted to make sure and mention the short films that will be playing at the festival. “Short films are generally overlooked because they are outside of the traditional typology. We have blocks of short films, and each feature is preceded by one of two short films that fit with its style or story line.”

There will also be bands playing this year as well as screenplay readings that will be acted out by students from Jerry Katz's acting class.

For tickets and a complete schedule visit the NOLA Horror Film Fest's website neworleanshorrorfilmfestival.com or their Facebook page, facebook.com/nohff.

A Vibrant Display of Joy, Art, and Music Opening this Summer

Joy, art, and music are three seemingly simple words, but words that really strike home for Jonathan Liss. Liss is a member of the Krewe of Fesshead, a local krewe that celebrates Professor Longhair and is known for the "Golden Head of Professor Longhair." He is also... 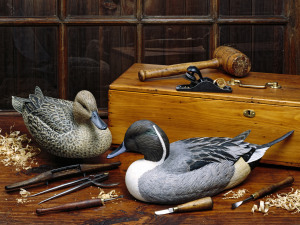 Small Southern towns take great pride in their locals' skilled craftsmanship. From the steady handiwork that goes into the carving of duck decoys to the art of hand building and refurbishing boats that go out on the Gulf Coast, craftspeople in the South are hard at work maintaining these Southern traditions. One town with a particular knack for this kind of work is Houma, Louisiana.... 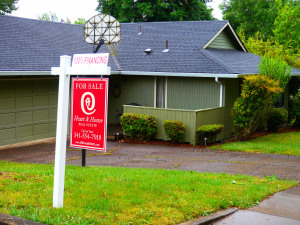 As the coronavirus pandemic has put much of society at an economic halt these past few months, a scarcity of residential real estate on the market has driven the median sales price of existing homes to an all-time high in April, according to Barron's. The National Association of Realtors' April Existing Home Sales Report demonstrated that the median sales price had increased 7.4 percent year over year, climbing...