I've lived my entire life surrounded by water. From the Pacific Ocean and the San Francisco Bay to the Mississippi River and the Gulf of Mexico, great bodies of water have always been close to me, intermixed into everyday life. Oh, the nights I spent dancing around bonfires on the beaches of Half Moon Bay, enraptured by the rumble and crash of the waves, licking the salty sea mist from my lips. In New Orleans, I often hear the ships' horns blaring out their warnings around the river's bend, a constant reminder of the swiftly moving current hidden by the nearby levee rising well above my head. While these cities certainly have their differences (just spend a summer in the city by the bay and tell me you don't need a jacket), there is one thing they definitely share, and that's an incredible bounty of seafood.

While I know it's terrible for my waistline (what waist?), I've always adored fried fish. Fresh-caught fish filleted, dipped in batter, and dropped into hot lard or peanut oil till it’s a crispy, golden brown … what's not to like? Only a few months ago, my boyfriend and I had lunch at Stokehold, the new restaurant opened by chef trio Jeremy Wolgamott, Phillip Mariano, and Tim Bordes inside Port Orleans Brewing Co. Pairing it with a heady Slack Water Brown Ale, I devoured a plate of fish and chips with a unique Vietnamese flair—crisp Gulf drum fingers drizzled with a tangy nuac chom and topped by a couple mouthfuls of thinly-sliced radishes, jalapenos, and julienned carrots. When I took the first bite, my teeth breaking the crusty batter triggered a fond memory of the fabulous fried rock cod at Barbara's Fish Trap in Half Moon Bay, only instead of the steak fries found at Barbara's, Stokehold's “chips” were halved fingerling potatoes with crunchy skins and tender, buttery centers.

I can't help but swoon for thick (or thin) fillets of deep fried catfish, a classic Southern dish. One day, exhausted from errand-running and grocery shopping, I decided to treat myself to lunch at Basin Seafood & Spirits, a restaurant owned by Chef Edgar Caro of Baru Bistro & Tapas as well as the recently launched Brasa Churrasqueria in Old Metairie. While there are restaurants all over the GNO serving killer fried catfish, Basin Seafood's version just happened to hit the proverbial spot. Deep fried in a light flour batter, the crisp catfish was served atop a pile of rich, cheesy grits and a large scoop of collard greens, and then topped with a dollop of crawfish cream sauce … essentially, New Orleans on a plate.

Utterly unlike the uniform, tasteless Gorton's fish sticks Mom used to bake in the oven and serve with Kraft macaroni and cheese, the “fish sticks” at Pêche Seafood Grill are something yet again. At a high-end seafood restaurant in the Warehouse District, part of the Link Restaurant Group and helmed by the talented Chef Ryan Prewitt, the last thing one would expect is fish sticks. But don't be fooled by the misleading moniker. Made with fresh daily catches like Gulf drum, these fish sticks are dipped in a batter made with LA 31 (a local brew from Bayou Teche Brewing) and fried into delicate, golden sticks of delight that are only made better when dipped in their house tartar sauce.

Finally, one of the most amazing fried fish experiences I've had in recent months would have to be at Marjie's Grill. Though they don't always have it on the menu, Caitlin Carney and Marcus Jacobs (the dynamic duo who own the restaurant) will sometimes feature a whole fried fish on their specials board. When we went, my boyfriend scored a whole fried redfish served with fresh herbs (a.k.a. basil, mint, green onion, and dill) and a green garlic, green onion soy dipping sauce for only $15! Best part? We got to eat it with our fingers…

New Orleans has plenty of local baked goods from king cake at Carnival to the city's distinctive styles of French bread and bread pudding. But in recent years, bagels, a type of bread product not typically associated with Louisiana, have been increasingly available and... 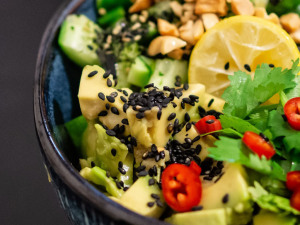 How To Enjoy Cooking Without Heavy Lifting


For some netizens, spending time in their kitchen brings them joy. While for some, it can be burdensome. Just the thought of cooking feels more like a chore than a happy experience. Maybe because of the effort you need to exert, such as carrying grocery items, lifting things to the kitchen when creating a meal. But just because you don't want to do these things doesn't mean you have to miss out on a happy cooking experience. Here... 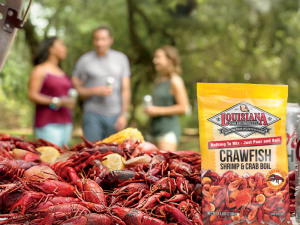 It's crawfish season, and Coors Light and Louisiana Fish Fry are giving away a crawfish boil kit valued at $500, plus a $250 gift card for all your supplies! Just send us a photo of you and your friends enjoying Coors Light and crawfish, and you could win!
How to enter: 1) "Like" the Where Y'at Facebook page, if you haven't already.
2) Submit your photo in a private message...