Would You Eat Oyster Ice Cream?

It is estimated that oyster ice cream was invented in the first few decades of the 1800s. The exact date of the creation of this frozen novelty remains unknown, and recipes with its preparation date back to 1824, appearing in Mary Randolph's cookbook The Virginia Housewife. The history of this ancient delicacy is accompanied by a number of weird myths and stories. For example, it was long believed that oyster ice cream was George Washington's favorite flavor, but this myth has since been debunked. However, it is also rumored that Mark Twain was particularly fond of this ice cream, which he referenced in the book The Adventures of Tom Sawyer.

Oyster ice cream recipes are not as common nowadays as the recipes for more popular treats, such as banana bread or brownies. The famous chef José Ramón Andrés Puerta from Minibar in Washington, DC, describes its preparation. Oyster ice cream is made by "gently heating oysters and cream" before freezing the mix. Food historians like Robert Brantley describe oyster ice cream as a type of frozen oyster chowder, which has a savory taste as opposed to a sweet one.

Even though this flavor may be obsolete in most ice cream shops and pantries around the country and the world, there are still places that serve this weird concoction. Two varieties of the ice cream flavor were featured at the Colchester Oyster Festival in Essex in 2012. Similarly, an oyster and ginger ice cream was served in the 23rd edition of the Oyster Festival in Arcata Main Street in California.

That's good news: This shows that the ancient ice cream flavor can still be accessed by oyster fans and those who are willing to try it. Are you among them?

Cheetos and mac 'n' cheese: two American classics coming together to make an unbeatable meal, slated to be on shelves as of last week in a Walmart near you. FastCompany.com has released which three flavors will be... 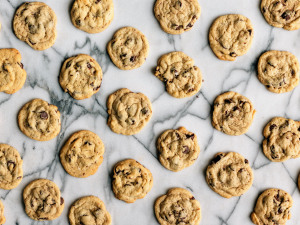 Five Things to Bake This Week

We've heard it over and over, and yet it's true: These really are stressful times. And, for some, baking is a great way to relieve stress and to relax a little. But even if you don't find the act of combining butter and sugar to be soothing, there is definitely something exciting about taking a fresh and delicious-smelling creation, which you made yourself, out of the oven—not to mention the fun of... 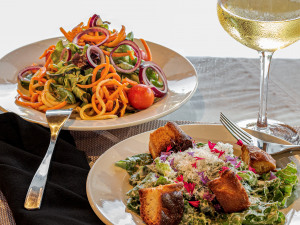 New Orleans & Company has kicked off their COOLinary New Orleans campaign for August and September (August 1 - September 13), with over 70 participating local restaurants offering various dining and cultural options to help you experience hometown dining, while supporting local businesses. The campaign aims to allow people a chance to dine at many local restaurants by offering special menus, including...