This week, Glenfiddich launched a new campaign, titled "Glenfiddich Family Recipes," and it aims to provide aid to benefit those struggling as a result of Covid-19. The campaign works primarily through donations to a charity called World Central Kitchen, a not-for-profit organization that provides meals and support in the wake of disasters. There will be a donation for each post tagged #GlenfiddichFamilyRecipe with a story about a family recipe. For every social media post of a family recipe, Glenfiddich will donate $5, up to a total of $10,000.

As an independent distillery, Glenfiddich, which has been family-owned since 1887, passes down skills and crafts from generation to generation. The distillery wants to support the bartending community, while also bringing us together to share stories with the rest of the community. According to a press release, "Glenfiddich National Ambassador Tracie Franklin and the Glenfiddich Ambassador team have selected bartenders to share their own personal traditions and treasured family recipes on their social channels."

One of the selected bartenders is Brad Goocher (@BurnEverything) from New Orleans. The bartender posted his very own #GlenfiddichFamilyRecipe, a tasty chicken tostada with a honey-ginger marinade, which he accompanied with a Glenfiddich 14-Year-Old Bourbon Barrel Reserve.

The program is part of an effort by the distillery to help out in these trying times. According to Glenfiddich National Ambassador Tracie Franklin, "In these uncertain times, we wanted to give back to communities in need and the extraordinary bar industry we have worked alongside for decades, while finding a way to come together in spirit."

Many restaurants are struggling in the midst of this global pandemic, and Glendfiddich aims to alleviate some of that suffering through these efforts.

Follow @GlenfiddichUS and search for posts labeled #GlenfiddichFamilyRecipes to see social media posts, videos, and information related to the cause. www.glenfiddich.com. 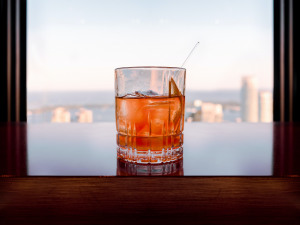 William Grant & Sons nationally launched their first "from the ground up" American whiskey: Fistful of Bourbon. The brand has spared no entertainment value when it comes to advertising for their new whiskey. It's a blend of five straight bourbons, delivering the best that the category has to offer. The fun surrounding the whiskey comes from their national launch campaign, which is a series of short brand films making fun of... 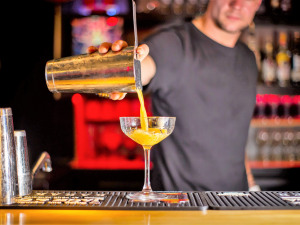 Log on and Drink Up: Highlights of the Virtual Tales of the Cocktail 2020

Tales of the Cocktail has been an annual event since 2002, when it began as a historic walking tour through New Orleans. Since then, it has grown into one of the world's premier cocktail festivals, and it's 18th rendition will be completely digital. This year, Tales of the Cocktail will run from Monday, September 21 through Thursday, September 24. Equal parts conference and party, Tales will feature...