Parades are cancelled on land, but this February 13, a krewe of floating floats plan to proceed on the waterways. The Krewe of Tickfaw has chosen their king, queen, and "Rat Pack" theme and is moving forward with their celebration. What's more, Tickfaw is inviting anyone with a boat to join in. Their Facebook post from January 24 is an open call for 10 a.m. on parade day. All that's needed is for captains to attend the captains' meeting at Riverside Marina in Killian with $30 for the entry fee—and you're in.

Tickfaw's parade will go down the Tickfaw and Blood Rivers. Their audience is made up of people dining at Tin Lizzy, Boopalu's, and Warsaw, or residents of the houses and camps along the waterfront. This year, parade organizer Christina Pierce recommends that those interested in catching the action go to one of those three restaurants/bars, but she also noted that they will be under restrictions in the ongoing effort to contain the spread of COVID-19.

Pierce is unsure about how many boats will show for the parade. Planning ahead was always difficult because of the weather. She won't have the full headcount until the captain's meeting, but if all goes well, she's expecting about 30 to 40 boats this year. "I've had a really, really good response from Endymion, Spanish Town, plus a bunch of people who've been seeing what's going on," she said.

It's no surprise to hear that a krewe from New Orleans is interested. In November, a FAQs page from the Mayor's Office informed the city of New Orleans that no parades would be permitted for Mardi Gras. Despite projections of COVID-19 continuing to be a concern through the upcoming Carnival season, people held out hope. That hope was capsized by a faceless, online Q & A. It was a necessary call, but the way it was done wasn't a good look.

Up to that point, Mayor LaToya Cantrell had been holding regular press conferences to explain coronavirus updates. But when it came time to break the news about Mardi Gras—New Orleans's most sensationally cherished holiday—the city's leadership went with posting six FAQs online. It lacked the flourish of Martin Luther nailing his thesis on the Castle Church. The most astonishing part of the news was the fact that the krewes didn't see it coming. Chad Calder at NOLA.com wrote that "this was news to local krewe leaders who had been part of a discussion with the mayor's office about how Mardi Gras 2021 would be handled due to the coronavirus." Representatives from Zulu and Endymion confirmed to Calder that they got the news at the same time as everyone else.

Parades draw crowds, and crowds are what we want to avoid in a pandemic. Krewe of Tickfaw is promising to be safe and socially distanced, just continue to be careful—especially after your favorite Mardi Gras cocktail puts you in a carefree mood. 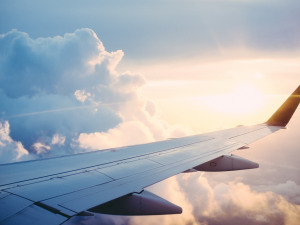