Dixie is Brewing Beignets and Beer

When people think of New Orleans, their mind often goes to alcohol—and maybe also beignets. Now, Dixie Brewing Company is releasing a combination of the flavorful duo, and you can be sure that it's going to be ale you want to drink from now on.

You heard it here, folks: The Imperial Blonde Ale will erupt with hints of coffee and vanilla, making you feel like you're sitting in the middle of the French Quarter, pre-quarantine.

Director of Brewing Operations Stephen Borutta said that the brand wanted to take the "flavors and feelings of New Orleans and put it in a can."

"One experience many people have is enjoying coffee and beignets in New Orleans, especially in the French Quarter, so we wanted to make a beer that could play off of those flavors of toasted, sweet, coffee," Borutta said.

Patrons can purchase the Imperial Blonde Ale as a four-pack of 16-ounce cans for $13.99, but if you think you should try just one, single cans are available for $5 each. For each four-pack sold, Dixie Brewing will donate $1 to the Second Harvest Food Bank.

The 113-year-old brewery is advising customers to pair the Beignet au Lait with your finest cheese, favorite barbecue platters, and your best friends (just not too many at one time).

This is a taproom-only release that will only be available at the Dixie Brewing Company's New Orleans East facility. The brewery is following coronavirus state and local mandates, so it will only be open for curbside to-go sales on Thursday through Sunday, from 11 a.m. to 6 p.m. Customers can also make online orders to purchase the beer online at DixieBeer.com.

Once you get your hands on the ale, be sure to take a pitcher, so it'll last longer.

Halloween brings about creativity, such as decorating the house, decorating pumpkins, making Halloween costumes, and so much more. William Grant and Sons has complied a list of scary-good drinks that can be made at home. With the... 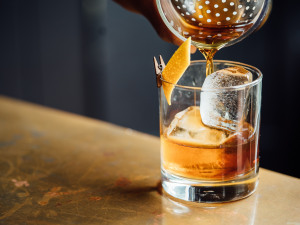 Celebrate Halloween With a Shrunken Skull at The Sazerac House

The Sazerac House is no stranger to celebrations, but even soirée savvies have found roadblocks in the past months due to the country's health crisis. That said, The Sazerac House is not letting a lack of physical rendezvous put their Halloween celebrations six feet under. With their Shrunken Skull event taking place this October 28 at 5 p.m., they are opening virtual doors for any and all interested guests for a special... 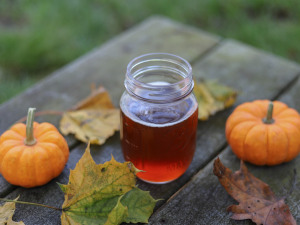 Boos and Brews: Beers for Fall

With October comes a new season; the temperature is dropping, pumpkin patches are opening, it is the beginning of the best time of the year. Fall season means homemade soup, bonfires, sweaters at night, and more movie nights with the fam. The perfect pairing for any fall occasion this October is a fall brew from your local brewery. Where Y'at has provided a list of seasonal brews from...