If you're from pretty much anywhere in the South, you may have grown up eating okra. This slimy, tubular fruit-impersonating-a-vegetable has found its way into edible classics ranging from gumbo to Bloody Marys, in preparations that run the gamut from pickled to fried. The okra plant is similar to cotton and, as such, it thrives in warmer climates—in fact, okra is one of the crops most resistant to heat and drought on the planet!

Like plenty of other good things, okra originated in Africa. It first appeared along the Nile River around Ethiopia and was scattered around via ship transport to ports throughout the world. It first turned up in New Orleans as early as the 1700s.

Anyone who has ever had a mouthful of okra is surely familiar with its characteristic sliminess. For better or worse, the edible seed pods of okra produce a glutinous substance known as mucilage when cooked, which leads some people to develop an aversion to okra (okraversion?). But don't be too quick to dismiss it just because its consistency leans towards the gooey—okra has a whole lot going for it.

Among okra's redeeming qualities are its nutritional assets. Whatever appeal it may lose in sliminess, it makes up for in health benefits. While okra is slithering and oozing around your mouth when you eat it, it is also doing you a world of good. Okra is low in fat and calories but high in vitamins, minerals (such as iron and potassium), antioxidants, and fiber—and its within that viscous mucilage where most of the plant's fiber lives. Actually, in around a half cup of okra, you can get as much as 20 percent of your recommended daily allowance of fiber, vitamin C, and vitamin K.

What's more, studies suggest that okra may help reduce stress, fatigue, and cholesterol levels. It can promote heart health, immunity, and digestion. This green wonder might also fight diseases such as diabetes, boost energy, and support healing and overall health. It can even ward off cataracts!

Okra is an extremely versatile food. It can be used to thicken soups and sauces, act as a (vegan!) stand-in for egg whites, and can follow in the footsteps of olives, sunflowers, and coconuts and be made into an oil. In addition, with coffee shortages and the rationing that followed during the Civil War, it was discovered that okra seeds could be roasted and ground to be used as a substitute for coffee—minus the caffeine.

Despite all of okra's endless charms, if you still can't tolerate that famous okra ooze, try eating it raw—and cooking it with an acidic food, such as tomatoes, can likewise help cut down on the sliminess.

But okra's usefulness also extends beyond the edible to the scientific and sanitary. Okra has been used to make everything from biofuel to biodegradable food packaging, to strengthen polymer composites, and even to treat wastewater. If you boil it and mash it, you can apply it directly to the skin to reduce scars, wrinkles, and acne.

Okra made a big hit on the campus of Delta State University in Cleveland, Mississippi. They are so rah rah for okra there that they made it their unofficial mascot about 40 years ago, becoming the Delta State Fighting Okra. Go team!

Where to Get Slimed

Looking for a place around town where you can eat something that tastes good while fighting cataracts and staying regular? There are lots of local eateries that serve okra in various forms. To be fair, okra isn't always slimy, and the following places know how to prepare it right.

Sweet Soulfood serves "vegan, organic, soy-free, and dairy-free cuisine" in the form of a series of rotating daily specials that repeat weekly. But their okra gumbo is so good that it's on the menu every single day. On the opposite end of the vegetarian spectrum, Neyow's Creole Café serves a meat-heavy smothered okra dish every Friday, prepared with shrimp, ham, and smoked sausage. But if that's still not enough meat for you, they also offer it accompanied by either chicken or fish.

Friday must officially be Okra Day, because Dunbar's Creole Cuisine also offers a Friday smothered okra special, though theirs is only available at lunch. Get it on its own or served with fried chicken or fried fish. Willie Mae's Scotch House is famous for its fried chicken, but they also really know how to fry up some delicious okra as well—tasty enough to rival their signature dish. It comes as a side, but you can order two and make it a meal. French Quarter spot Evangeline also does an amazing fried version as a side order that puts the oh! in okra. They serve theirs bite-sized with remoulade. And if you don't want it fried, Dooky Chase's has a side of stewed okra instead.

Of course, okra is synonymous with gumbo. In fact, the word okra in some languages is indeed gombo, or gumbo. So, it naturally follows that a good bowl of gumbo is one of the best sources of okra there is. The seafood okra gumbo at The Gumbo Shop is really what put them on the map. Finally, Chef Ron's Gumbo Stop in Metairie includes okra in all nine varieties of gumbo on their menu, whether you like yours with seafood or chicken and sausage, with rice or topped with fried catfish and oysters.

Five Places in NOLA to Visit for National Chocolate Day

Who doesn't love chocolate? Originating in the Americas and enjoyed by ancient civilizations like the Olmecs, Maya, and Aztecs, chocolate is now an international known treat that is perfect for many different types of dessert. It's truly versatile! In honor of... 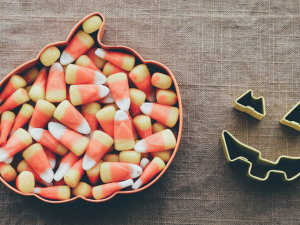 Before Halloween was about drinking and trying to have sex with someone dressed like a plant, it was about candy. Costumes?? You might argue. But if you slap on a bandana and an eye patch and say "aarg," people will SHOWER you with treats big and small until your heart explodes (aside from a very few "grumps," who we refuse to acknowledge as fit members of society). But WHAT candy you get is a different subject. There's a huge range... 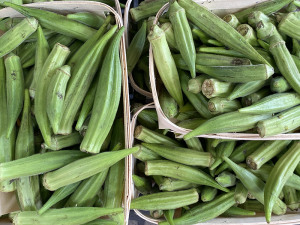 If you're from pretty much anywhere in the South, you may have grown up eating okra. This slimy, tubular fruit-impersonating-a-vegetable has found its way into edible classics ranging from gumbo to Bloody Marys, in preparations that run the gamut from pickled to fried. The okra plant is similar to cotton and, as such, it thrives in warmer climates—in fact, okra is one of the crops most resistant to heat and drought on the...