William Grant & Sons nationally launched their first "from the ground up" American whiskey: Fistful of Bourbon. The brand has spared no entertainment value when it comes to advertising for their new whiskey. It's a blend of five straight bourbons, delivering the best that the category has to offer. The fun surrounding the whiskey comes from their national launch campaign, which is a series of short brand films making fun of spaghetti western films, cliché cowboy movies, and even cult film classics.

The films were directed by Paul Briganti, known for his work on Saturday Night Live (NBC), bringing Fistful of Bourbon to the world in these films. In an interview, Paul Briganti stated that "they have great taste in comedy, weren't afraid to let me take creative risks, and they also make great bourbon, which has come in handy in 2020." The films launched on September 14 along with the whiskey, creating a cinematic experience with the 30-second clips and some Fistful on the rocks.

William Grant & Sons Master Blender Brian Kinsman and Blender Kelsey McKechnie worked together to create Fistful of Bourbon after sampling straight bourbons all over the country. The blend of the five bourbons is key to the balance between sweet and spice that makes Fistful a whiskey that is both versatile and flavorful.

"There's an art and science to blending, and Fistful is a balance of both," stated McKechnie. All at once, the whiskey highlights floral notes, warm spices and nutmeg, buttery toffee, cinnamon and licorice, and even sweet notes of honey. The five "fingers" of the Fistful were individually selected by McKechnie to create the "smooth-as-hell" bourbon that is just as good sipping neat as it is in cocktails.

Fistful was originally launched in Texas in 2018, but it's smooth drinkability and fun disposition made it popular among both bartenders and consumers. This primed the brand for its national launch this year, especially after winning a double gold medal in 2019 from the International Spirits Challenge and another gold medal at the 2020 San Francisco Spirit Awards.

The whiskey itself truly is a fistful, as the five fingers of flavors make the ABV seem far lower than what it is. It's blended and bottled at 45 percent ABV and retails at about $25 a bottle. It is now available in retailers and bars around America.

For more information and to view the trailers, visit fistfulofbourbon.com. 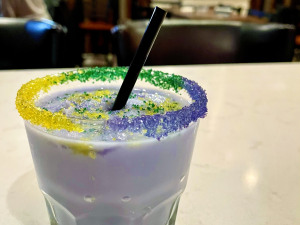 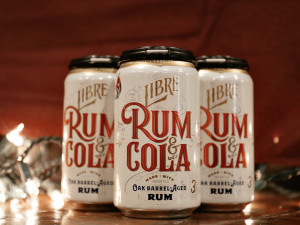