Abita Brewing Company, Louisiana's oldest and largest craft brewery, has released a new IPA that will be around for your enjoyment all year long. The Jockamo Juicy IPA, a "Double Dry Hopped India Pale Ale" with strong hop flavors and aromas, is available at retail locations. It will be available in six-packs or on draft and sold in grocery stores, at retailers, and in restaurants in Louisiana and throughout the distribution network across the country.

The Abita Brewing Company was founded in 1986 and remains Louisiana's largest craft brewery. Housed in Abita Springs, the facility produces over 125,000 barrels of beer and 13,500 barrels of soda every year. The lagers and ales are brewed in small batches by hand by a select team of brewers. The company features 13 year-round brews, with Jockamo Juicy being the newest addition. Abita is just as famous for its beer as it is for its Cane Sugar Root Beer. Abita uses only the finest, purest ingredients, with water coming directly from Abita Springs and sugarcane grown in Louisiana.

The team at Abita Brewing Company is incredibly excited about the new release of Jockamo Juicy. The original Jockamo was released in 2008, and David Blossman, the president and CEO of Abita Brewing Company, has nothing but good things to say about this newer version. "This new juicy style of Jockamo is an even bolder IPA, with intense hop flavors and aromas. Featuring brighter, more tropical tones, this beer pours a vivacious gold color with a distinguishing haze."

The brewmaster of Abita Brewing Company has also remarked, "We used this as an opportunity to highlight a blend of these experimental hops, in addition to Citra and Apollo hops, to give Jockamo its topical-forward flavor and aroma."

An In-Person Sazerac House Event to Brighten Your Spirits

After a string of high-quality virtual streams that the Sazerac House has had some buzz over, they are happily opening their doors once again for guests to participate in their cocktail-focused events in-person. This December, the Sazerac House is putting on a sequence of... 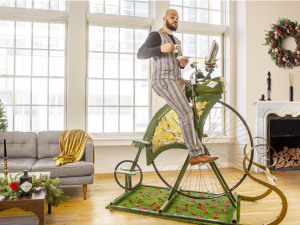 Hendrick's Gin, self-titled as the "world's most unusual gin," is continuing its trend of eccentricity with a new release in the field of home-exercise equipment. You did read that correctly: This Scotland-based gin company is putting out a stationary bike for your exercise room or wherever you can find a place for such an item. It is not your standard... 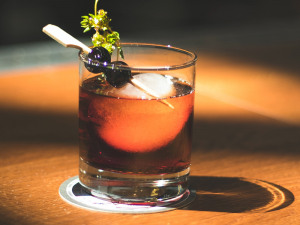 History With a Splash of Mystery: The Story of New Orleans and Its Cocktails

The Cocktail Today, we know the cocktail to be a spirit mixed with other ingredients. These ingredients can include anything from bitters to juices to sodas to a blend of other spirits. Usually, the cocktail is graced with a garnish and, if done correctly, it should be aesthetically pleasing.
Originally, the cocktail only referred to a specific blend that included alcohol, bitters, sugar,...