Not only does Dr. Christopher H. Hendon teach computational materials chemistry at the University of Oregon, but he also has the perfect advice when it comes to brewing coffee. When he is not teaching, he is helping baristas to improve their brews, and some of these lessons can be followed at home. In an interview with The Wall Street Journal, he said that he "can't tell you how to make the best coffee," but he can tell you "how to minimize the variation in a cup you produce."

The first step is picking an adequate device to make coffee from freshly ground beans. According to Dr. Hendon, the best device to use is one that fully immerses the ground beans in water, otherwise known as a full-immersion method. An example of this would be a French press device, and it is considered the best method because the coffee is in contact with the water during the entire brewing process.

The recommended ratio, the professor says, is using 60 grams of coffee to one liter of water, as the taste of the beans in the cup is determined by the water used for the brew. High levels of bicarbonate in water neutralize the acidic levels of coffee. Since it is very difficult to determine how much bicarbonate is in your water at home, he recommends brewing low-acid varieties of coffee like those produced in Brazil, Indonesia, and Hawaii. In terms of the beans, Dr. Hendon recommends pulverizing them with a burr grinder until the particles are sufficiently small. According to the National Coffee Association, the temperature of the water should range between 195 to 205 degrees Fahrenheit, and the professor stated that the brew time changes depending on the device being used.

These are the steps that chemistry professor Dr. Hendon follows when he brews a cup of coffee each morning:

1. Heat soft tap water in a kettle to around 210 degrees Fahrenheit (just below the boiling point).

2. Weigh out between 15 and 15.5 grams of whole beans using a digital scale and grind the beans with an electric burr grinder.

3. Pour the grounds and hot water into an AeroPress.

4. Wait for a minute and 15 seconds and then press the plunger in order to force the coffee into a ceramic mug.

5. Wait till the coffee cools to around 150 degrees Fahrenheit before you take the first sip.

Following its cancellation this year in coordination with local and state guidelines regarding the COVID-19 pandemic, the Cajun Chili Fest has been rescheduled for the spring of 2021 in Lafayette, at Blackham Coliseum.... 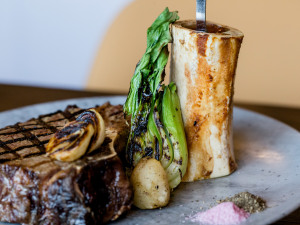 Something to Beef About

Because of COVID-19, more shoppers have begun turning to local butchers who source from nearby farms. What effect will this have on the meat-packing industry? Since the early 1900s, the meat-packing industry has been fraught with problems. Plants' exploitation of workers and highly unsanitary and unsafe practices—brought to light in The Jungle, a novel by Upton Sinclair, portraying the harsh conditions and exploitation of... 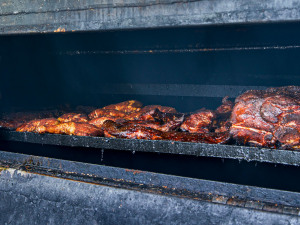 Barbecue is certainly a strong Southern food tradition, but it's not a type of food typically associated with the New Orleans area. Fine French and Creole dishes, hot-boiled seafood, and Afro-Caribbean fare dominate the menus around here. However, barbecue has become more popular than it ever has, with slow-cooked, sauced-up meats popping up on menus, BBQ joints opening up, and even barbecue festivals like Hogs For A Cause and The Crescent...