On Sunday, March 29th, Don Moser will present The Night Tripper Guitar Comes Home at Tipitina's. The event will feature performances by Grammy Lifetime Achievement recipient Leo Nocentelli (of the Meters) as well as special guests Dave Malone, June Yamagishi, Renard Poché, and more! Moser is an exceptionally talented artist and luthier, who launched his career on the Chitlin Circuit as the band director for renowned soul singer Miss Lavelle White. Afterwards, he began constructing guitars to honor African American folk and blues music and offer spectators a glance inside the supernatural world. Today, his pieces are showcased in both the Rock and Roll Hall of Fame and the Smithsonian.

Moses built "The Night Tripper" guitar in memory of his fallen idol, Dr. John, a unique musician whose songs combined blues, pop, jazz, boogie-woogie, and rock and roll flares. During the late 1960s, he rose to fame as a solo artist with the persona of "Dr. John, The Night Tripper," following the release of his album Gris-Gris and performance at the Bath Festival of Blues and Progressive Music. His shows were lively and theatrical, drawing influences from Mardi Gras costumes, voodoo ceremonies, and medicine shows. Throughout his legendary career, Dr. John released thirty studio albums and nine live albums, in addition to contributing to the recordings of thousands of other musicians. Not only has his work afforded him the recognition of six Grammy Awards, but an induction into the Rock and Roll Hall of Fame by John Legend in March 2011 and honorary fine arts doctorate from Tulane University in May 2013.

On the 29th, Moses will gift the special Night Tripper guitar to Tipitina's, along with a plexiglass case wherein it will live on the club's wall for patrons to observe and enjoy. Yet the beautiful instrument, which also happens to play phenomenally, will not just be for decoration! In coming years, guitarists performing sets at Tip's will have the opportunity to try it out on stage. Images of them playing will then be compiled into a coffee table book available for purchase. Most of the profits generated will be donated to a non-profit closely tied to Dr. John, the New Orleans Musician's Clinic, which has granted medical care to community musicians for over 21 years.

"The Night Tripper" guitar, which has toured the world alongside Robert Randolph, Eminem, and Ray Holloman, will be welcomed home to New Orleans on the 29th, amid fabulous sets by local artists. Tickets for the show, beginning at 9 pm, may be purchased for $27 at tipitinas.com. Doors will open at 8 pm.

Experience live music, local art, and favorite seafood dishes at the Cajun-Zydeco Fest! Originally scheduled for March 28 and 29 of last year and then postponed, the New Orleans Jazz and Heritage Foundation is thrilled to announce that the festival will return this year every... 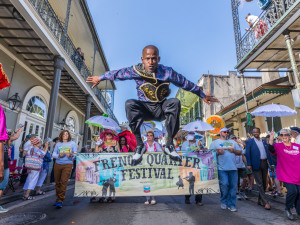 NOLA’s Largest Free for All, French Quarter Fest, Returns in 2021

New Orleans is making another comeback in 2021. Mark your calendars for the return of the live French Quarter Festival, presented by Chevron, from Thursday, September 30 through Saturday, October 2. Image Courtesy of French Quarter Festivals, Inc. Usually held in the spring but postponed due to COVID-19, this exceptional fall edition will operate from 11 a.m. to 9 p.m. for three, fun-filled, free festival days across multiple... 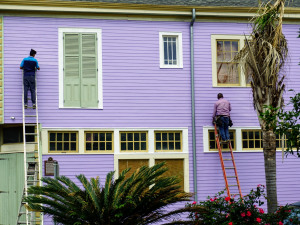 Many beloved in-person events had to find ways to adjust to stay-at-home orders through the pandemic. The virtual world blossomed as people found ways to offer some kind of normalcy through our computer screens. Among the extensive list of industries that had to rethink their work was real estate as in-person house tours became difficult. The Home Builders Association of Greater New Orleans embraced these circumstances and found ways...