The Colorful History of the Masking Mardi Gras Indians

Here they come. You can see them and their vibrant, glorious craftsmanship from blocks away, strutting along the Uptown and Downtown st.s. He who masks will have the best design with the prettiest feathers and the most colorful beading. He needs to be seen as the most beautiful, the greatest, and the most magnificent. He must stand out. If he hasn't convinced you, he is sure to have a krewe with him that will. As he and his tribe come head-to-head with a competitor, he knows that this honor is important after spending a year designing, prepping, and sewing his suit together. That person, covered with feathers, beads, and a headpiece fit for a god, is famously known as a Mardi Gras Indian.

When we see them and stare in awe as they walk by, it is important to know that there is a vast history behind the masking men and women who make up the different tribes. While the origin of the Mardi Gras Indian isn't truly clear, we know for sure that it includes tradition, controversy, resilience, and rebellion. But, most importantly, the history is filled with respect for others and for what each tribe represents.

On Fat Tuesday, the Mardi Gras Indians parade the st.s, giving an artistic and theatrical performance that showcases countless hours, days, and months of their work. As the song goes, "Every year for Carnival time, we make a new suit."

Mardi Gras Day is the day to finally display what you've been working on. Over time, this celebration has become more of a friendly competition as the different tribes come together in song, dance, and display, to decide who's the best of all. But these celebrations were not always as friendly in the past.

There have been accounts of rather violent acts among opposing groups. From the beginning of their time, the Indians used Mardi Gras Day as a time to mask, in order to settle grudges and various battles among the Indian "gangs" in the city. Many times, the celebratory day turned into a violent affair that continued for decades, until the 1960s, when there was a push to develop more elaborate suits. These suits would serve as a different way to battle. Now, instead of fighting with weapons, the Indians could fight over who had the best-looking and most elaborate suit.

While there's some past history of violence, the origins of the Mardi Gras Indians were never rooted in that. There is no way to know exactly when the Indians began masking, but the connection between blacks and Native Americans dates back to the 19th century when Native Americans helped in protecting runaway slaves. The culture of masking Indians was influenced by the forged friendship between the slaves and the Native Americans.

As time moved along, the black masking Indians used Mardi Gras Day to have their own parade and celebration. At the time, black people were banned from wearing feathers and participating in the other parades among the masses. Creating their own neighborhood parades was a form of rebellion that began to attract other groups to do the same, eventually drawing crowds and creating traditions along the way. Mardi Gras Day was the perfect day to parade because of the low presence of police in the black neighborhoods. On Mardi Gras Day, the city was focused on protecting the other parades, leaving the neighborhoods of the masking Indians free from conviction. They therefore took advantage of this busy day, and it became a long-standing tradition and the origin of their name: Mardi Gras Indians.

Besides on Mardi Gras Day, the Mardi Gras Indians also show their suits off on Super Sunday, the Sunday closest to St. Joseph's Day. Always the third Sunday in March, Super Sunday is a day when hundreds of Indians from all over come to display their live art for viewers from around the world.

With a tambourine in one hand and a microphone in the other, Big Chief Aflred Doucette can be seen all over town performing shows from Uptown to Frenchmen St.. When he isn't making music, he is working as chief council of the Flaming Arrows Tribe. The Mardi Gras Indian hall-of-famer has spent decades masking and creating suits. "Each suit I do is going to tell a story," he said.

When you see the chief's magnificent suits, you simply take a walk into his creative mind, where he combines history, fantasy, and spirituality into his work. The long-standing chief says that there are three things you need in order to be a good Mardi Gras Indian. "You have to be able to sing a lil bit and be a people person, but most importantly, you have to know how to sew."

Flagboy Giz started masking four years ago and is currently moving up the ranks, going from spyboy to flagboy. As a member of the Wild Tchoupitoulas tribe, Flagboy Giz has become renowned for his beautiful suits. "It takes real dedication to make a suit. You spend a lot of time inside, working on your art," he explained. "Some suits are so elaborate that you may not even finish them on time."

When asked what he does when he hasn't finished, Giz casually stated, "You just have to suit up and go out with what you hAve. Once Mardi Gras Day is here, that's it-time's run out."

Flagboy Giz admits that while the suits are stunning, they can be very heavy at times. One of his more popular suits weighed over 70 pounds. "My chief's suits are usually heavier," he said.

There are over 40 Mardi Gras Indian tribes in the city of New Orleans. A tribe can range from about four to over a dozen members. Each member of a tribe plays a different role and has a responsibility to that respective position.

Most Indians start as spyboys. The spyboy is first in line and is responsible for seeking out trouble ahead. He hypes up his flagboy and sends signals down the line. He might go up to the spyboy of another tribe to chant, whoop, and holler. He'll brag about how his tribe has the prettiest suits. The spyboy prepares the way for his tribe as the battle begins.

The long history of the black masking Mardi Gras Indians is one of mystery, tradition, and culture. It is a visually aesthetic performance that you can only see in a city like New Orleans-from a turbulent past to a glorious tradition. The Mardi Gras Indians embody what New Orleans is all about: culture, talent, music, and art. 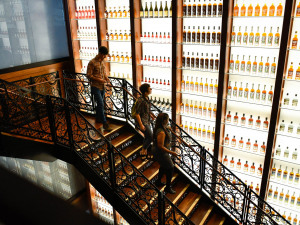 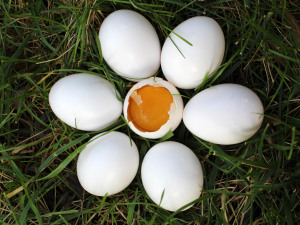