Come out for the Empire South Pass Tarpon Rodeo for three fun-filled days of fishing and entertainment. Locals will be competing for various fishing awards. There will also be live performances from the Empire Blues Bros on Friday and the Big River Band on Saturday.

Celebrate an evening of art at the annual Hancock Whitney White Linen Night. This festival is hosted throughout the Art/Warehouse District and focuses on the ever-growing art scene in New Orleans. There will be over 20 art galleries, live music, art installations and even a block party on Julia Street. Guests are encouraged to wear white clothing all night long.

Enjoy a weekend full of music celebrating the life of Louis "Satchmo" Armstrong at the annual Satchmo SummerFest at the New Orleans Jazz Museum. This years festival will include three stages filled with live music from musicians including Kermit Ruffins and the Barbeque Swingers, Corey Henry and the Treme Funktet, Big 6 Brass Band and many more.

Follow up last weekend's White Linen Night with the satirical Dirty Linen Night on Royal Street. Dirty Linen Night is another evening of art fun with over 30 participating galleries including Vintage 329, Antieau Gallery and Scene by Rhys. Attendees are encouraged to wear their dirty linen from the weekend before and hit the town to experience local art.

The Le Cajun Festival and Awards is the annual event hosted by the Cajun French Music Association in Lafayette. This Grammy-style event recognizes and awards Cajun musicians from around the world with categories such as Band of the Year, Best Accordionist, Best Fiddler and many more. "Le Cajun" will be followed by a two-day music festival with award-winning musicians performing.

Delcambre is home to one of the area's most productive shrimp fleets and what better way to celebrate this tradition that with the Delcambre Shrimp Festival. The festival will provide shrimp cooked every way imaginable as well as other events like a shrimp cook-off, pageants, fais-do-do's, carnival rides and a blessing of the shrimp fleet.

Southern Decadence Celebration is the largest gay event in New Orleans and 2019 will be the festival's 48th year. 2018 broke records with over 250,000 people attending and this year looks to be even bigger. There will be festivities going on around the clock so the fun will never stop. This year's festival will include music performances from Tracy Young, Ivan Mariscal and Whitney Day.

Morgan City, shrimp and petroleum go together perfectly. And what better way to celebrate all three than with the Shrimp and Petroleum Festival on Labor Day weekend. The festival will have live music, art galleries, a blessing of the fleet and the chance to even tour an oil rig.

This 4th of July might seem a little strange without all its usual fireworks and barbecues. So, for those struggling to come up with plans that keep in mind the safety of family and friends, Where Y'at has come up with some ideas on how you... 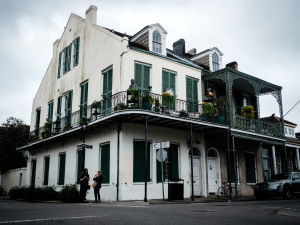 Mark your calendars: This July, you have the opportunity to view some of New Orleans's coolest homes. Put on by the Home Builders Association of Greater New Orleans, the Parade of Homes is the "official showcase of the latest in home design" across an array of neighborhoods, including homes in Orleans, Jefferson, St. Bernard, Plaquemines, and St. Charles Parishes. The Parade is happening both virtually and... 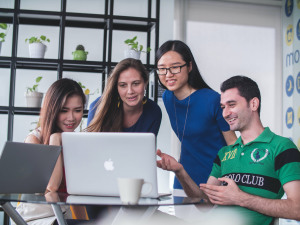 This Sunday, June 28, join the Leukemia & Lymphoma Society's virtual trivia night to raise money for the organization while testing your trivia smarts from 7:00 p.m. to 8:00 p.m. Questions about pop culture, sports, and Louisiana fun facts will be asked to guest of all ages. Winners can win over $1000 while competing against surprise special guests. Organized by Tamica Lee,...