Where there's a will, there's a way—so says the cliché. For a brief moment, it seemed will alone wasn't enough to bring back parades. New Orleanians took stock of where we were with the COVID-19 pandemic and decided it best to call off traditional Mardi Gras celebrations. But the will for Carnival pizzazz wouldn't disappear that easily. The only question was what form it would take. If the parades aren't rolling, nobody said that they couldn't be stationary and socially distanced. Something like ... house floats.

Simply put, a house float is a house that is decorated for Mardi Gras. In a year without parades, house floats are more than that trivialized description. Dressing up your house and calling it a "house float" is a way to carry on an emblem of Carnival. They have themes and sometimes throws. They're a way of being in a community while remaining socially distanced. And now, they're a force with clout. The buzziest krewe of the year is the Krewe of House Floats.

House floats began as an idea by Megan Boudreaux. "It started off as a Twitter joke, and now everyone wants to participate," Boudreaux said in a press release. "We look forward to this not only being a way for people to safely celebrate Carnival season, but also as an opportunity to help our city's culture-bearers." In a meta journey from social media to real-life and back again, Boudreaux's internet joke became a tangible phenomenon with its own Facebook, Instagram, and Twitter accounts. The Krewe of House Floats is now in nearly 40 neighborhoods with sub-krewes throughout the greater New Orleans region.

Unlike a regular parade, the Krewe of House floats doesn't roll on a set date and time. Instead, the house floats are scattered throughout different neighborhoods. Rather than going to a parade and watching floats pass by, you're on a quest to find house floats. To avoid crowds, people are encouraged to tour on their own schedules. You can track the locations and plan your sightseeing trip on their interactive map. All parade maps will go live on February 1, but folks can start exploring the already-finished house floats. Take a virtual tour on the krewe's Instagram, where they are posting pictures of "sneak peeks," including a St. Roch 'n' Roll house, a Jazz Funeral house, and a 2020 Hot Mess house. Some neighborhoods have themes (the theme in the Irish Channel is "Channel Surfing," which one house interpreted into a fully functioning game of Jeopardy, playable through scanning QR codes), but participants aren't limited to those prompts.

In a matter of weeks, KoHF has racked up 7,500 members. Map registration closed on January 6, which was before word about the house floats had gotten around to everyone, but it's still not too late to partake. You can sign up to become a krewe member; find the form here. Joining the krewe comes with a well-thought-out Statement of Participation, which guides participants through necessary considerations, including COVID-19 safety precautions for the "parade," music ordinances, and community standards. The guidelines are great—someone already worried over the details, so you don't have to.

Beyond encouraging locals to tap into their creativity, the krewe is commendably inclusive and supportive. Their FAQs offer suggestions for what to do if you live in an apartment (join your neighborhood sub-krewe and see if any neighbors need a hand) and how to participate if big decorations aren't in your budget (the krewe has an Art Pantry Facebook Group, where you can share the community's supplies). To assist with your project, they even provide a handy list of local artists and businesses to support, which includes places to get your throws, art supplies, costumes, and accessories, as well as names and contact info for professional float-makers.

Given the circumstances that led to the krewe's creation, the Krewe of House Floats is a group of philanthropists. How could you hear your neighbors are having to choose between having groceries or making rent and not want to do something to help? The krewe set a $100,000 goal with their partnership with Greater New Orleans Foundation's campaign. Proceeds go towards addressing food insecurity, housing insecurity, and unemployment, along with other assistance. KoHF says their Giving Campaign is "a testament to our indomitable spirit." It's that same spirit that gave us floats even in a year without parades. 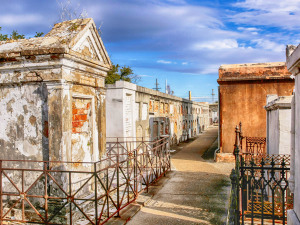 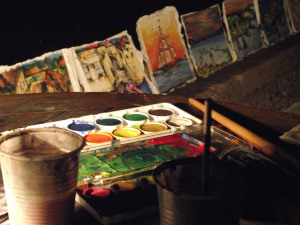