Cats and hats, it’s February! Happy New Year! Wherever you are, whomever you are, and whomever you want to be, New Year’s Day on this planet is like Happy Hour in the French Quarter—there’s always one going on somewhere.

If you are Christian countrified, you’ve already celebrated your New Year’s Day on January 1, and are pretty much done with it. What rubbish. If you don’t approve of the previous New Year’s celebration (that you probably screwed up somehow), pick another and do it all over again! Who said that the first day of your calendar year had anything to do with what space (and other people) believes is the first day of the year? The beginning of a year of the cycling of this globe that we live on that’s shooting through space at 67,000 mph, while spinning at 1,040 mph, going around a sun that’s orbiting the center of the universe along with the rest of our galaxy (100 million planets or so) at 480,000 mph? I’m dizzy all the time; it’s always friggin’ New Year’s!

Jewish calendars have four New Year’s Days (Nisan, Elul, Rosh Hashanah, Tu B’Shvat). Islamic folks have Al-Hijra/Muharram, starting on the 31st of August and celebrated for 29 days. The Hindis have at least eight New Year’s Days (mostly in mid-April), depending on what part of India you’re in. Nepal, Sri Lanka, Myanmar, and Laos also celebrate mid-April. Celtic New Year (Samhain) is November1; Thailand has Songkran (twice). My astrologer tells me that the New Year begins at the spring equinox, March 20-21. She says, “It’s lunar, fool.”

So, missed any New Year’s celebrations? Maybe you were busy slinging drinks for drunks? Well, you’re in luck, because here comes another one, just in time for the February edition of Where Y’at: Chinese and Vietnamese (and Korean and Tibetan) New Year, February 5! Rock on with your bad self!

For those who might be unsure and possibly insecure, Asian cultures celebrate a 12-year lunar cycle, and each year is symbolized by an animal. We’re just coming off the Year of the Dog and going into the Year of the Pig. Other animal years are horse, rat, snake, ox, dragon, monkey, goat, tiger, rabbit, and sheep. Their outlook on animal attributes is completely different than you might think, and the best way to start understanding this form of astrology is to find out which sign you are and what it means (talk amongst yourselves). For example, if you were born in the Year of the Pig, you fall into one of five categories of pig that correspond to the five elements (metal, water, wood, fire, and earth). Pigs are considered a wonderful astrological sign (what’s yours?); they are generous, diligent, loving and giving, compassionate and entertaining. It’s a good thing to be a pig sign; if you are one, this is your year!

As you know (or should), we have a plentiful Vietnamese population, and this New Year promises to be big—it promises to go on for days. Last year, Mary Queen of Vietnam Church, 14011 Dwyer Blvd., was the location of a week-long celebration with dragons dancing, wishes granted, and flowers, parades, fireworks, and festivities that thrilled throngs. This year is gonna be more of the same: family-friendly fun and participatory events; activities and games will abound. And there is no admission fee—it’s all free to attend, but be sure to bring some spending money for souvenirs and the delicious treats: bánh mì, phở, and spring rolls supplied by vendors.

Now, those of you who have watched David Chang’s Ugly Delicious will already know this, but for you others—let me be the first to clue you in on Viet-Cajun food. This is a twist on our local fare that has not caught on in New Orleans, they say, because we’re too steepid (combination of steeped and stupid) in our traditions to adapt or change our tried-and-true what works for what may be something that will possibly blow our minds with its uniqueness. Viet Cajun. Consider this: Suppose, just suppose, you take five pounds of our spicy boiled crawfish in the shell (yum), put them in a sack, and add ginger, lemongrass, and lots of butter, and eat them like that. Yummer, huh? But noooo, according to folks in Houston, where this adaptation is going strong, we folks in New Orleans are stuck in our ways.

Tell me this: How come when you go into a convenience store operated by people from other cultures (Asian, Islamic, Mediterranean), you really only find fried chicken, ham hocks, and beans and rice? Why can’t I find bánh mì or shawarma in corner stores? Is it because the citizens of my ward and precinct are too thick to try something in their bowl other than gumbo?

Let’s make a New Year’s resolution this February 5: Ask that Vietnamese counter clerk who makes that dynamite shrimp po-boy to put some phở on the menu. In the same vein, find out from that Islamic guy at Brothers by the overpass where they keep the harissa to spread on your fried chicken. Dammit, I want some gochujang available as a condiment; is that so wrong?

Granted, there are a handful of ethnically run, small convenience stores and filling station outlets that have fried rice or egg rolls or even a few with bánh mì sandwiches, but by and large, if I want non-mainstream Saigon selections (my favorites or new ones to try), I’ve got to drive out to Dong Phuong (which the James Beard Foundation calls “a vital part of the local culinary landscape”). Do you know where Dong Phuong is? Well, you had better find out before February 5, because that’s where the festivity epicenter for our own Vietnamese New Year’s celebration is gonna be. Chúc mung nam moi! 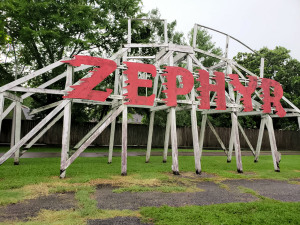 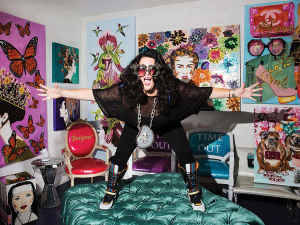