A Visit to La Mosca

An excursion across the Huey P. Long Bridge to Mosca's Restaurant in Waggaman is like a trip, as old timers would say, to Plum Nelly-That, is the location is "plum out the country and nea'ly to the city." It is, in short, a destination location. Not one person in a thousand just happens to come across Mosca's (pronounced Moh-ska's).

It's been called a great neighborhood restaurant without a neighborhood. I call it a hidden gem, and, like all great gems, it is hidden in plain sight. It's also a trip back in time-back to when things were simpler, easier, and dependable.

Mosca's is time-tested because nothing has changed since their opening almost three quarters of a century ago, with the exception of Moscas themselves, who are now responsible for making sure that everything remains the same: the quality, integrity, and heart of the restaurant. Three generations are there to cook and serve you-welcoming you like family. Indeed, the entire staff is, or is considered, family, so it's like being welcomed home.

All food is served "family-style." There are no daily specials. The menu is small, and it states that everything is cooked to order. Because of this, it will take a while to reach your table. Dinner will take you two hours plus to complete. In other words, it's good food-not fast food. You're with friends, so relax, suspend your time constraints, talk amongst yourselves, have some wine, and enjoy the jukebox-Frank, Dino, and Louis will help pass time; sing along if you want. Welcome to Mosca's, but, be aware, it's cash only and reservations
are suggested.

I met with Mary Jo Mosca and her daughter Lisa one Thursday afternoon before service. We talked about what it is like to have a place so well-established and so concrete in its identity, despite being so far from the urban hub of the New Orleans restaurant scene. "Do what you do well and keep on doing it" is their philosophy.

Mosca's menu has not really changed since 1946 when Provino Mosca, with his wife Lisa, opened the doors and grew a dream with blood, sweat and, I'm sure, a few tears. Traditionally, a successful business is a family affair, so wives and sisters and in-laws and children all have been a
part of keeping the dream alive and well.

After arriving and being let in through the kitchen door, it's obvious that the area is super clean and well-organized. It seemed to hum in anticipation, like an orchestra tuning up. Perhaps this was because dinner service was mere hours away. There was a flat screen across from the cook's line showing episodes of Golden Girls, and I felt right at home.

Stepping into a small dining room, I found a table that is reminiscent of a family table-because indeed it is, which is another reminder of how much of a family affair Mosca's is. It's obvious that Mary Jo and her daughter Lisa are cut from the same cloth: dark hair and eyes, easy smiles, expressive hands, and tuned to their surroundings. A little while later, Lisa's husband Thomas walks through, and their three-year-old son John rides by on a red trike with a wave and a grin. He is definitely front-of-the-house material.

Having been in business since 1946, there's been a bit of writing about Mosca's food and history. Calvin Trillin once "tried to get the Nobel Peace Prize for the late Lisa Mosca (Lisa's grandmother)… for the perfection of her baked oysters. They gave it to Kissinger that year." However, there's not much written about the family, what it's like to run this icon, and who the personalities are who keep Mosca's going-not just day-after-day, but year-after-year and decade-after-decade. "I have good days, but sometimes I wonder what I'm doing here and why I'm still doing what I'm doing," Mary Jo admits. "Then a customer will tell me what a great meal and a great time they had, or how they ate here, ten, twenty years ago, and everything was exactly the same. And [then] I'm all smiles again." Despite the exhaustion of devotion, work is its
own reward.

A quick trip around the dining area shows it to be simplistic to the point of innocence: wood floors, white table clothes, and a small bar. The photos, paintings, and prints that adorn the restaurant are reminiscent of your aunt's house getting ready for a big gathering-Thanksgiving dinner and/or family reunion. It's relaxing. It's evident that people come here to eat and enjoy each other's company.

Staff tenures are counted in decades, no one raises their voice in the kitchen, everyone is smiling and efficient, and no one makes the sauce but Mary Jo. This is because, as she says, "I like it done my way, so I'm the only one that does it." When one person cannot make it in to work, the others cover for them. "Sometimes I'm cooking and washing dishes at the same time; you do what you have to do," she adds.

The kitchen is small and tight. The chef is actually the one in the kitchen doing the cooking-not even taking a break to go accept the restaurant's James Beard award in 1999 (in the America's Regional Classics category) because they would have had to close the restaurant. Mary Jo Mosca has been in the kitchen for decades, taking over from her sister-in-law Mary Mosca Marconi, who was aided by her husband Vincent. She had taken over from Lisa 'Mama' Mosca, who took over from Provino Mosca, who opened the place with his wife, along with their children: Mary, John, and Nick, who went on to run the Elmwood Plantation. Now Lisa Mosca, named after her grandmother, runs the front-of-the-house, following in her father's footsteps.

What do they do on their time off? They eat out since "[i]t's nice to have someone cook for you." Lisa usually is the scout, and Mary Jo has a list of her favorites: Saba ("he's a great chef and such a nice man"), Galatoire's ("of course"), Crescent City Steak House ("we always ask for Nancy!"), Bayona, Commander's Palace, Brennan's, Clancy's, and Gabrielle.

How do you gauge success? Success is not bought-success is earned. It is not a flash-in-the-pan; instead, it wears a face that shows up for work regardless of an aching back or tired feet. Hereabouts, success has a name-names that we grow up with: Hansen, Brennan, Haydel, Matassa, Chase, Mandina, Brocato, and Mosca. From Antoine's to Zuppardo, your name's on the door-you own it. Large or small, the philosophy is the same: wake up, get up, suit up, show up, and never give up-even when you're fed up.

On Saturday, January 25, Dixie Brewing Company will open its doors for the first time since 2005. Dixie's rich history as a brewing company began in 1907 in Downtown New Orleans, but due to the destruction of Hurricane Katrina in 2005, Dixie was forced to move elsewhere. ... 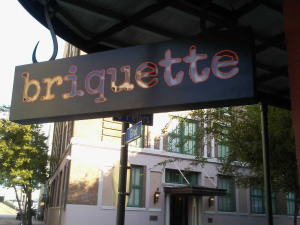 Where Y'at Chat Questions (January 2019): Ol’ St. Nick is your Lyft. Where is he taking you? You are a character in a holiday movie. Who are you? Year 2020 is knocking on your door. You answer it. What are you wearing? It's the Sugar Bowl, and you’re the team’s Quarterback. What's your jersey number? January hosts “Self Love Month.” What do you love about... 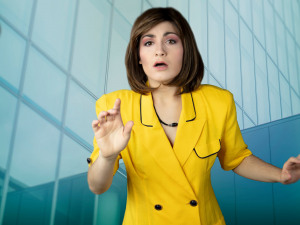 In a city internationally known for its music and cuisine, theater-lovers find quality production to be much more limited. However, at the edge of the metropolitan area, on the Northshore, Cutting Edge shines as a community theater offering a wide variety of plays and musicals executed with a surprisingly high level of professionalism-but in an intimate setting with lots of leg room and a great view from...