This past Friday, Snapchat released a filter for Juneteenth that allowed users to "smile and break the chains." After receiving a wave of criticism and backlash, the company apologized for the tone-deafness of the filter and removed it shortly after it was released. A Snapchat spokesperson told The Verge that the concept for the filter was developed by a diverse group of creators and that the filter that went live on Friday was not submitted for a review process.

The filters found in the app are developed by a team from Looksery, a company which Snapchat acquired in 2015. According to a source familiar with the matter, the Looksery team is based in the Ukraine, a fact that may have led to a lack of knowledge on American cultural attitudes. The same source confirmed that black Snapchat employees were involved in the creation of the filter but were not aware of the "smile and break the chains" feature.

The filter controversy followed the release of a report that stated that the CEO of Snapchat, Evan Spiegel, has delayed the publication of the company's diversity statistics. In an interview with CNBC, Spiegel stated that the company is developing a new way to release the information about its diversity as well as making public their plans to increase representation both at Snapchat and in the tech industry. He also commented on the demographics of the company, stating that it "looks like most technology companies in terms of representation." The majority of companies in the Silicon Valley are composed by a primarily male and white workforce.

In a recent tweet, Snapchat announced its commitment towards embracing profound change and condemning racism in order to uphold the American values of "freedom, equality, and justice for all." However, this is not the first time that a Snapchat filter has been subject to controversy. In 2016, the company released two filters that resembled blackface and yellowface. Both filters were removed after being called out by the community of users as offensive and tone-deaf.

To Die is to Live: New Exhibit at NOMA Celebrates Light and Sound

If you haven't seen The New Orleans Museum of Art's newest exhibit, you need to! With the title Morir es Vivir (To Die is to Live), this installation is truly one of a kind. This piece by New Orleans-based artist Marta Rodriguez Malek uses light and sound to portray an... 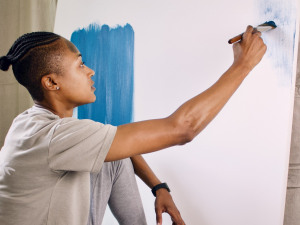 The National Performance Network is a network of artists and organizations that actively work to create a more equitable world for people of color. One way this organization does this is through the Southern Artists for Social Change program, which began as a way to give people of color the resources and power to thrive. The program is set to supply $25,000 grants to Southern artists of color to complete their projects.... 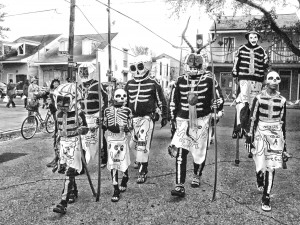 The New Orleans Jazz & Heritage Festival and Foundation, Inc. has released the application for the Jazz & Heritage Music Relief fund, a grant created in an effort to help musicians who have lost income over the course of the COVID-19 pandemic. Throughout last year, live event after live event was cancelled, harmfully impacting the live musicians and performers in New Orleans. This fund is part of the Jazz &...