The Delightful Dutch/French Duality of a Caribbean Gem

A nation divided. Split personalities. Strange bedfellows. These are not the typical descriptions you would expect to find in a tropical paradise but for the Caribbean island of St. Maarten, not much is typical.

Cleaved across its center from east to west, an imaginary border separates St. Maarten's two controlling countries which had once laid claim to the entire island: to the north: the French Side (aka Saint-Martin). To the south: the Dutch side (aka Sint Maarten). Since the 1600's, control of the island has ping-ponged back and forth from the French to the Dutch to the English until the early 1800's when a peaceful division took hold.

Today, St. Maarten is one of the top destinations in the Caribbean known for its secluded sandy beaches (everywhere), casinos (Dutch side) top-notch island cuisine (French Side) and discount shopping (in its cities). A seven hour flight from New Orleans lands at the Princess Juliana International Airport, a small airstrip with a final approach over a typically crowded beach. Google it for surreal Photoshop-type pictures and video of 747's soaring just hundreds of feet over thrill-seeking sun worshippers. The fun is just beginning. 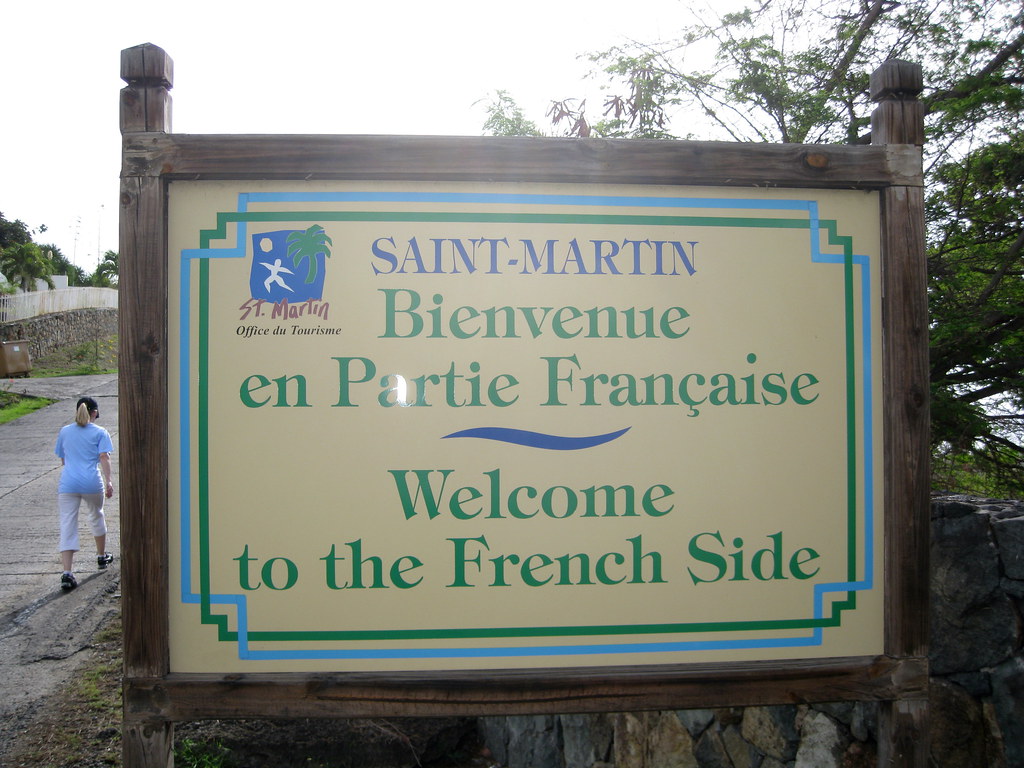 The Dutch side of the island stakes its claim as the more lively slice, with numerous casinos, abundant nightlife and a duty-free shopper's Mecca known as Phillipsburg. Phillipsburg (a Christopher Columbus discovery) acts as the island's commercial center and it is the port for the major cruise ships which come to call. Phillipsburg's main draw? The town's Front Street which hosts a multitude of duty-free boutiques selling local crafts & arts, exotic foods, jewelry, liquor, tobacco, leather goods, as well as most designer goods. Tourists flock to the designer goods and jewelry which often fetch prices 40% lower than US retail prices. 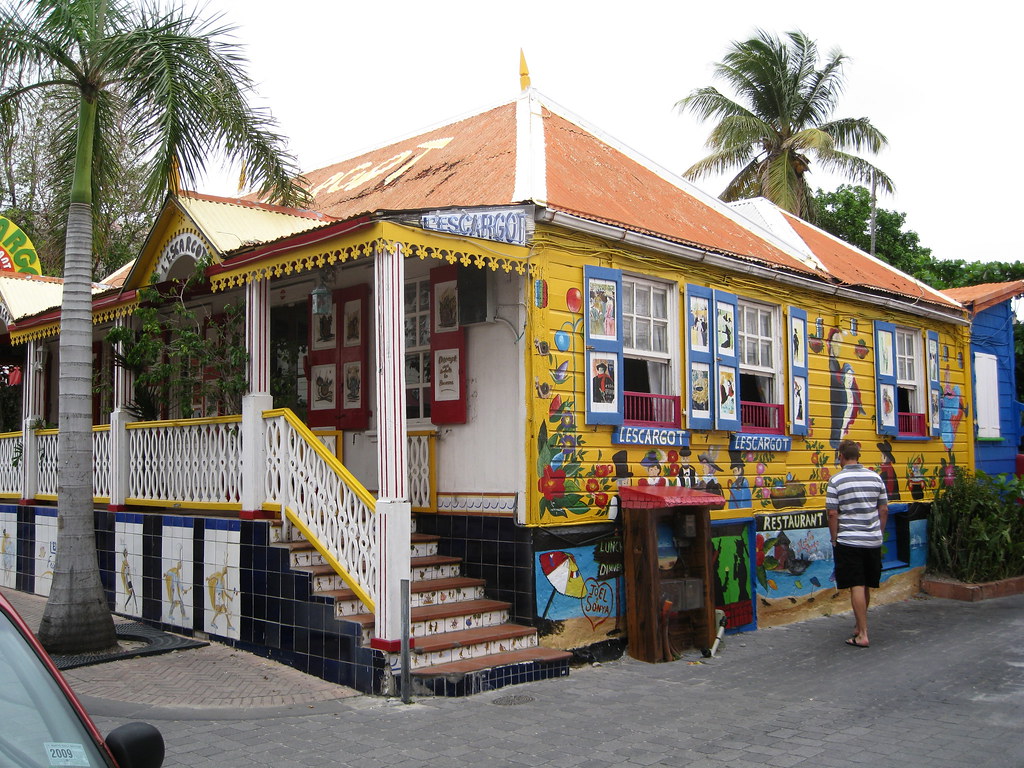 On a clear day a number of neighboring islands are clearly visible from St. Maarten and all are accessible via ferry should you catch island fever. These include St. Bart's (French), Saba (Dutch), Sint Eustaius "Statia" (Dutch), St. Kitts (Independent, formerly British) and Anguilla (British).

A 30 minute ferry from the port at Marigot (on the French side) to Anguilla brings you to home to some of the toniest resorts in the Caribbean including the CuisinArt Resort and Spa, famous for its 5-star services, world-class spa and hydroponic and organic gardens. The CuisinArt catapults serenity to a new level—upon entering its flower-covered grounds with perfectly manicured landscapes, the Mediterranean-themed white washed villas center around a multi-leveled infinity pool which descends, section by section, down to the turquoise waters that lay between the white sand and our home base at St. Maarten.

An outdoor couple's massage replete with ocean breeze and the natural soundtrack of waves on the top level of CusinArt's brand new two-story Venus spa officially enshrines the resort in the relaxation hall of fame. Later enjoy lunch at CusinArt's Santorini restaurant—salads made from the property's hydroponic gardens and shrimp and lobster pizza with fresh seafood.

This, almost certainly, is the ultimate luxury daytrip and certainly merits a lengthy visit of its own. It's almost tragic leaving such a paradise…were it not that you are just returning to another one. 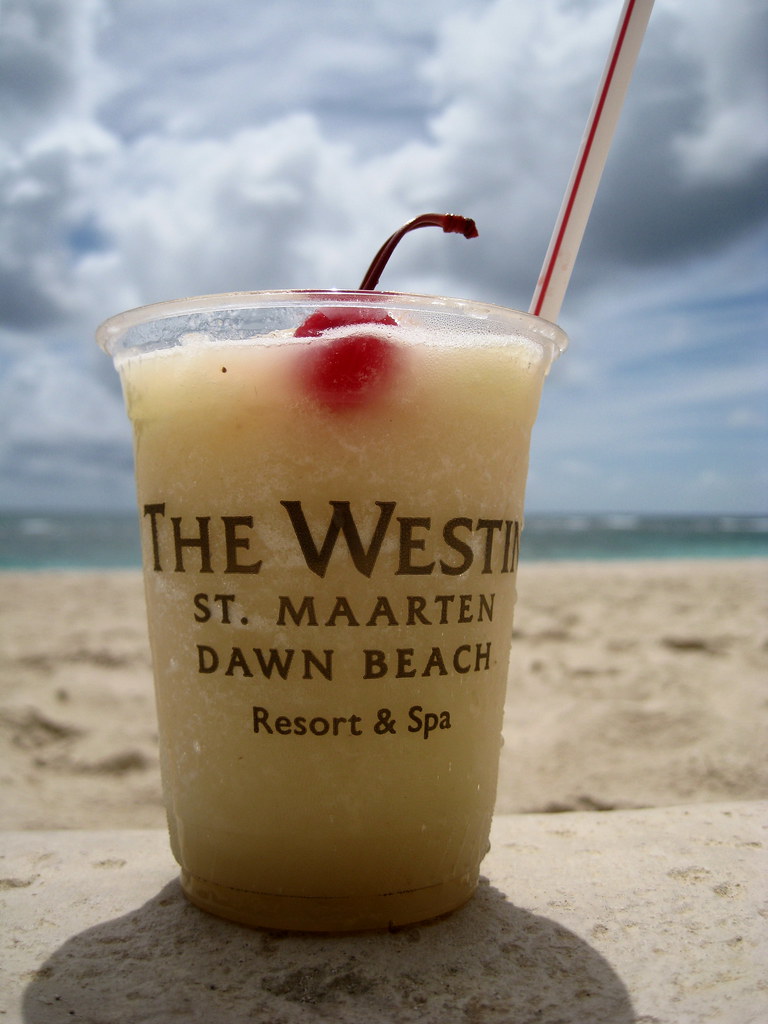