Will Mardi Gras Be Cancelled Next Year?

With the 2020 Mardi Gras season feeling like it was at least a decade ago, many people are asking a single question about 2021: Will there still be a Mardi Gras? An article on MyNBC15.com reports that in Mobile, Alabama, different krewes are already prepping for the new season, no matter what happens. Mobile Mayor Sandy Stimpson reportedly sent a memo to the Mobile Mardi Gras Parading Association president that spoke about plans for the season in conjunction with coronavirus precautions.

The mayor has also been quoted encouraging organizations to "think about creative outdoor alternatives to traditional parades and large, dense-crowd formats." Amid a pandemic, is Mardi Gras truly a safe idea?

The mayor has also been quoted encouraging organizations to "think about creative outdoor alternatives to traditional parades and large, dense-crowd formats." Amid a pandemic, is Mardi Gras truly a safe idea?

When thinking of a typical Carnival season, we are reminded of the large crowds at every parade, from Chewbaccus to Orpheus. A New Orleans Mardi Gras draws in crowds from all over the world, and according toNbc News, it could have been one of the reasons that the virus spread so quickly across the state. Even though Mobile county parades are nowhere near as big as the ones in New Orleans, big gatherings are risky, no matter how spread out people may be. Mardi Gras season, which typically runs from January until February or March (though some events kick off as early as November), coincides with flu season, an even more serious period now that it is still hard to distinguish symptoms between the flu and the novel coronavirus. With drinking and partying as the main vibe of the Carnival season, would people still be concerned about safety measures and social distancing while under the influence?

Aside from massive crowds of tourists who come to see the renowned parades, there are also college students and other locals who see it as a chance to party nonstop for several weeks. The camaraderie of the season is famous, but even if there are heavy precautions, it seems like it would be difficult to truly keep safety measures in place during parades.

The pandemic has shifted a lot of the ways that people have to navigate the world, and that will not end with the end of this year. Many hope for the virus to disappear as suddenly as it arose, but even Mayor Stimpson has said that it is "becoming more apparent every day that Mardi Gras 2021 will be unlike any Mardi Gras, except possibly those during World War II." The annual balls each organization holds have already run into issues, as many venues are operating at half-, or limited, capacity. Wayne Dean, a man known as "Chief Slac," rides with different krewes and has been quoted as saying that "he is going to roll one way or the other" in the 2021 Mardi Gras season.

Whether there is an official 2021 Mardi Gras or not, people will still find a way to safely honor the season somehow. 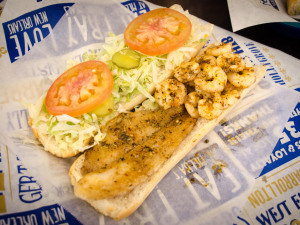 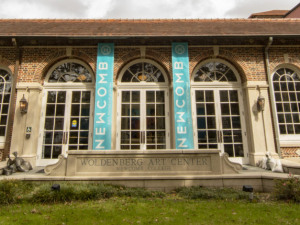