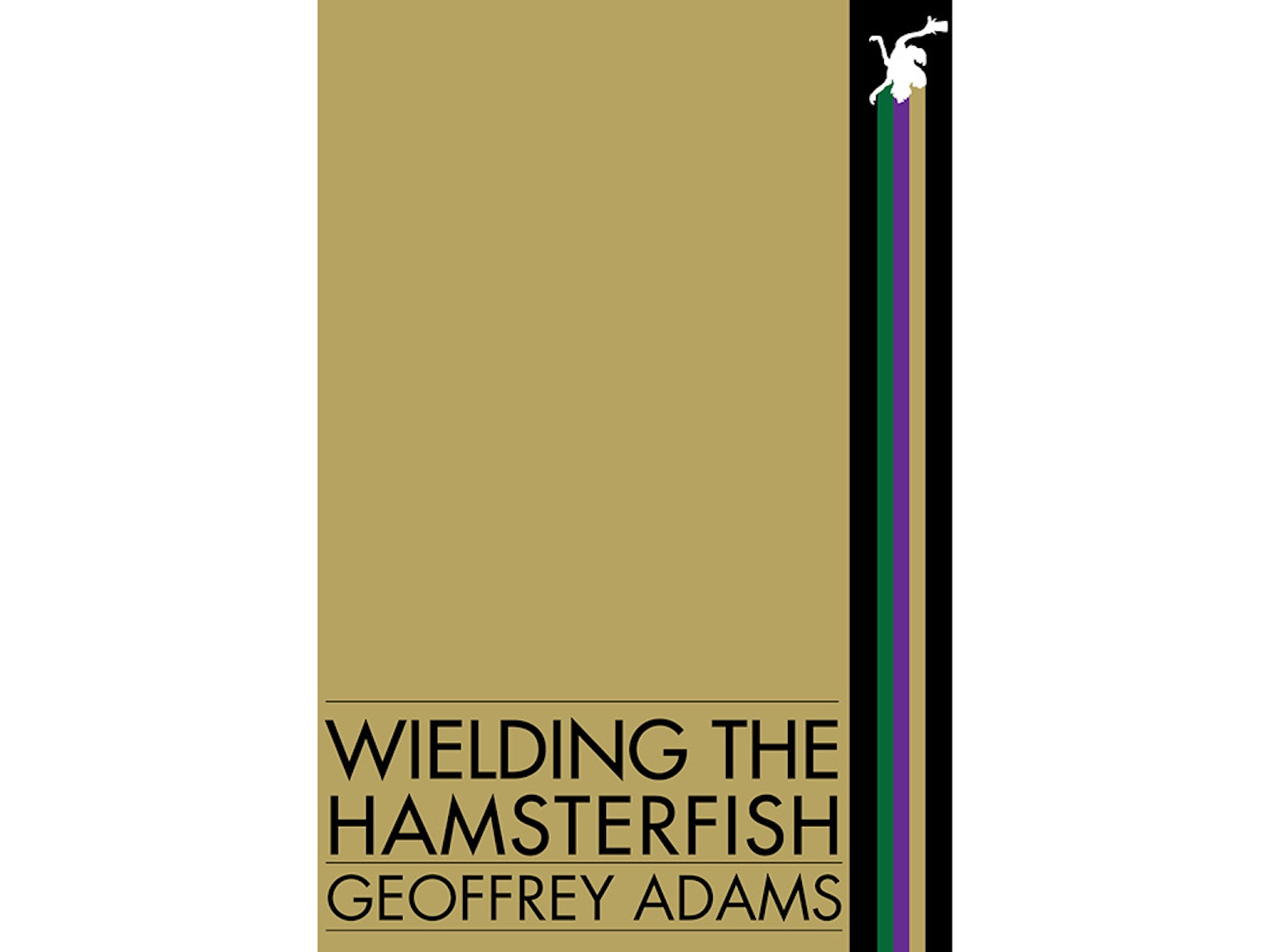 Geoffrey Adams' clinically crazy first novel, Wielding the Hamsterfish, reads like Brett Easton Ellis’ The Rules of Attraction if it were edited by a Fear and Loathing-era Hunter S. Thomson. It is a hallucinogenic rollercoaster of booze-fueled sci-fi insanity set in the Big Easy.

Adams' mystery unfolds through the perspective of a revolving door of characters: Sunshine is a wild-n-out NOLA-native who occasionally has seizures in which she predicts future events. Art, an aimless, sometimes-sober trust fund brat pushing 40, is the target of a famous European “football” player who he constantly outbids on eBay. Luigi, on a bender since seeing his fiancée get mauled by a bus outside Monkey Hill, is freaking out because he believes he keeps seeing her roaming the town posthumously. Lush Muffin inherits the power to summon birds and make them poop on people at will after drinking a magic daiquiri one evening in the midst of a marathon booger-sugar binge. Nikolai is the reanimated corpse of Josef Stalin, who purchased the Applebee’s corporation with money from Putin and aspires to open a franchise downtown. Judge Mule is leading the petition against Nikolai, wishing to halt the introduction of more chain restaurants to the French Quarter. At the center of it all is Archibald, an alien who has taken the form of an ostrich in a top hat who enjoys surfing, downing screwdrivers, and has developed feelings for Sunshine, despite his species' supposed inability to love. And that's just to name a few.

Adams paces his crazed mystery perfectly, ending each chapter with spot-on comic delivery and the right amount of revelation to keep you wanting more. He has a true affection for his motley cast—flaws, failures and all—bringing humor and introspection to them as they figure themselves out alongside the reader. His character development and story progression are reminiscent of the works of late 20th century authors like Chuck Palahniuk or the aforementioned Ellis; the plot itself is more Don DeLillo meets Aqua Teen Hunger Force

Buried underneath his cartoonish plot is a sympathetic portrait of lost 20- and 30-somethings, struggling to find love and meaning in a town where temptation lies at every corner, waiting to forever kidnap them by their vices. Also beneath it's surface is a deep love for New Orleans; Adams unites his characters in the Crescent City during the frail wake of Katrina, where they pick up where they left off and continue to celebrate every day like it's Mardi Gras.

Wielding the Hamsterfish is incomparably original and addictively entertaining. Do yourself a favor and pick it up.