Get Your European Fix without the Transatlantic Hassle

Look, I get it.  Traveling abroad can be a total pain.  The marathon flights, the jet lag, the challenges with currency, the language barrier, the snobby attitudes towards Americans…sometimes you wonder why you even bother.

If only there was a place with all the great parts of international travel and none of the parts you don’t care for?  The answer:  the Québec province of Canada and its two main cities, Montréal and Québec City.  Beautiful, clean and safe, these former French colonies maintain a great deal of their franco-ancestry and deliver a bona fide European atmosphere for Yanks like you and me. 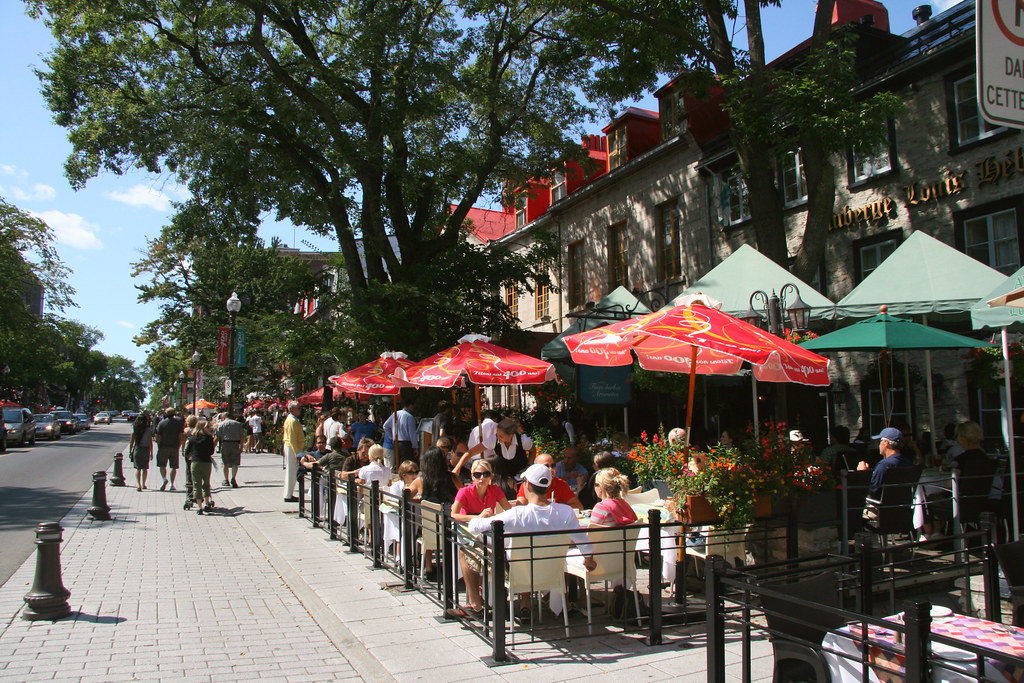 Go, There’s Nothing Stopping You

No parlez-vous francais?  No problem.  We did not meet a single Québeçois who was not also an anglophone.  Just about every sign, menu or bit of written information was in both French and English.  Québec TV in French might be a little annoying but you will live.

While over in Europe our beleaguered currency is getting whooped by the Euro, the Canadian Dollar and our greenbacks are virtually at par.  If the bill is $50 CAD you are pretty much paying $50.

Worried about stereotypical snobby French attitudes towards Americans?   Scratch that too.  Canadians are like a loving sibling who sticks by you even if you have gotten a little out of line.  Bienvenue à Québec!

Head 45 miles north of the New York state boarder and arrive in Montréal, an island city on the St. Lawrence River connected to the mainland by 19 bridges and tunnels.  One of the oldest cities in North America and the second largest French-speaking city in the world, Montréal played host to a Summer Olympic games back in 1976.

Vieux Montréal, or Old Montréal, occupies a few dozen blocks near the Old Port and creates the charm of a little European town of its own.  The clip-clopping of horse-drawn carriages on cobble stones ruminates through the streets which are lined with historic buildings, churches and cafes.  On one end, the spectacular Basilique Nôtre-Dame, at one time the largest church in North America, marks one end of the old town which spills down to the river.  Nearby the green copper-roofed Hotel de Ville, Montreal’s infamous town hall, flanks Place Jacques Cartier, a delightful square lined with outdoor cafes and street performers. 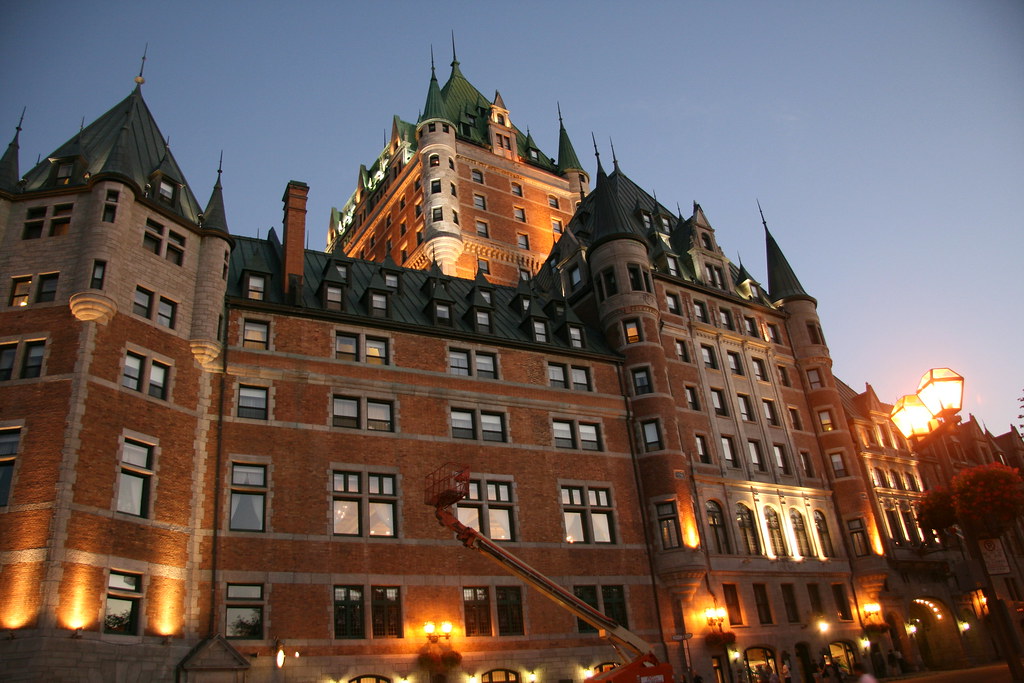 A short ride away is Mont-Royal, an actual mountain around which the city was built—think Kennesaw Mountain if it were situated where Inman Park lays.  The same designer who did New York’s Central Park designed a network of hills and trails around the surreal views of downtown skyscrapers where locals, depending the time of year, skate, cycle, paddle-boat, toboggan or cross-county ski.

Montréal is certainly not Paris nor does it strive to be.  But what you can do is easily cover the city in 48 hours and with the short flight, get an international cosmopolitan experience in a standard-issue weekend.  Eat your heart out on that, Paris.

Just up the St. Lawrence from Montréal lays Québec City.  While a few tall buildings punch the skyline, Québec City feels much more like a hamlet than a metropolis; eschewing moderninity for the preservation of a walled village that easily could pass for a western European berg.

Four hundred years ago this year, the French settled a place where the literal translation for Québec occurs—“where the river narrows.”  The old town,Vieux Québec, is one of the most pristine examples of a fortified colonial city in North America.  Everything survived:  the walls, the ramparts, the bastions, gates and other defensive apparatuses.

Amble through one of the massive gates to the old city and you have arrived in a cobble-stoned world of outdoor cafes and intimate squares filled with monuments of famous Québeçois.  Just about every block could grace the cover of a travel magazine and it is hard to judge if it would be more beautiful to experience it in the lush warm months or covered in winter white.

Take a funicular down the hill to the Quarter Petit Champlain, a village founded by, and still inhabited by, artists and craftsmen.  There you can walk on pedestrian promenades, shop and if the weather is right, dine al fresco in one of the dozens of French or Italian restaurants.

A short ride out to Parc de la Chute-Montmorency delivers jaw-dropping waterfalls higher than even Niagara.  Ride a cable car to the top where you can experience the mighty flow of water cascading over the cliff from a sturdy suspension bridge strung right across the mouth. 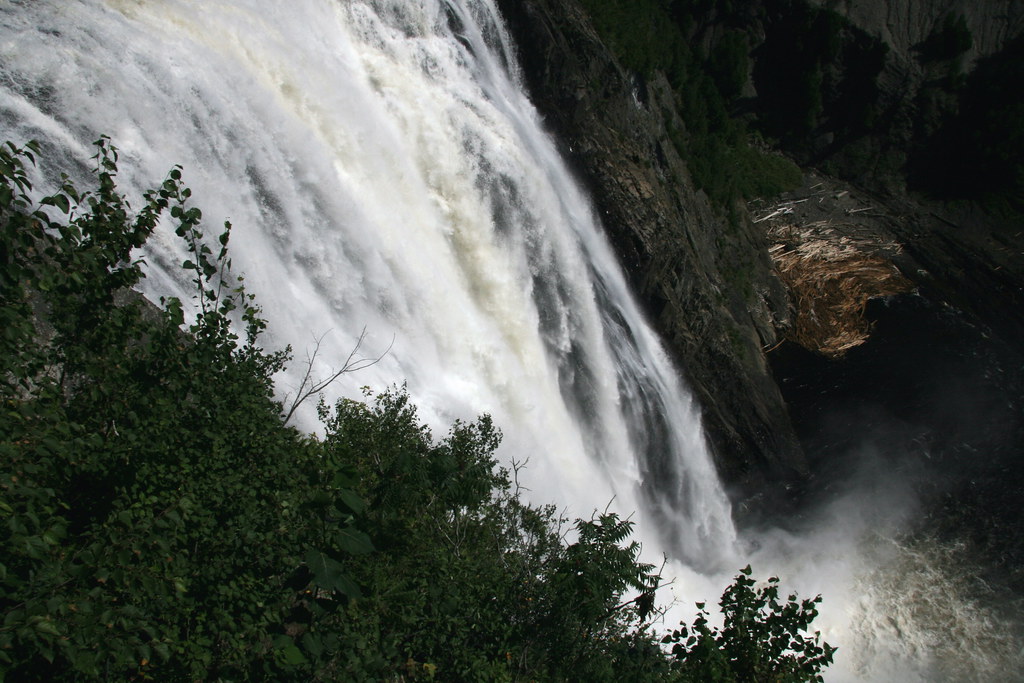 Massive life-like murals depicting the history of Québec City adorn sides of buildings and other structures throughout the town but the city itself is like a giant, three-dimensional post card.  Pound for pound, it’s as gorgeous as any city in North America.

In Québec City, Hotel Chateau Laurier is a charming, modern hotel located a few blocks from Old Québec City.  Doubles start at $189 a night.  www.vieux-quebec.com.  Also, the Lowes Le Concorde hotel boasts bird’s eye views of the city and the river, especially from their 28th floor restaurant, La Astral, which revolves 360 degrees while you dine. Double start at $189 a night.   www.loweshotels.com