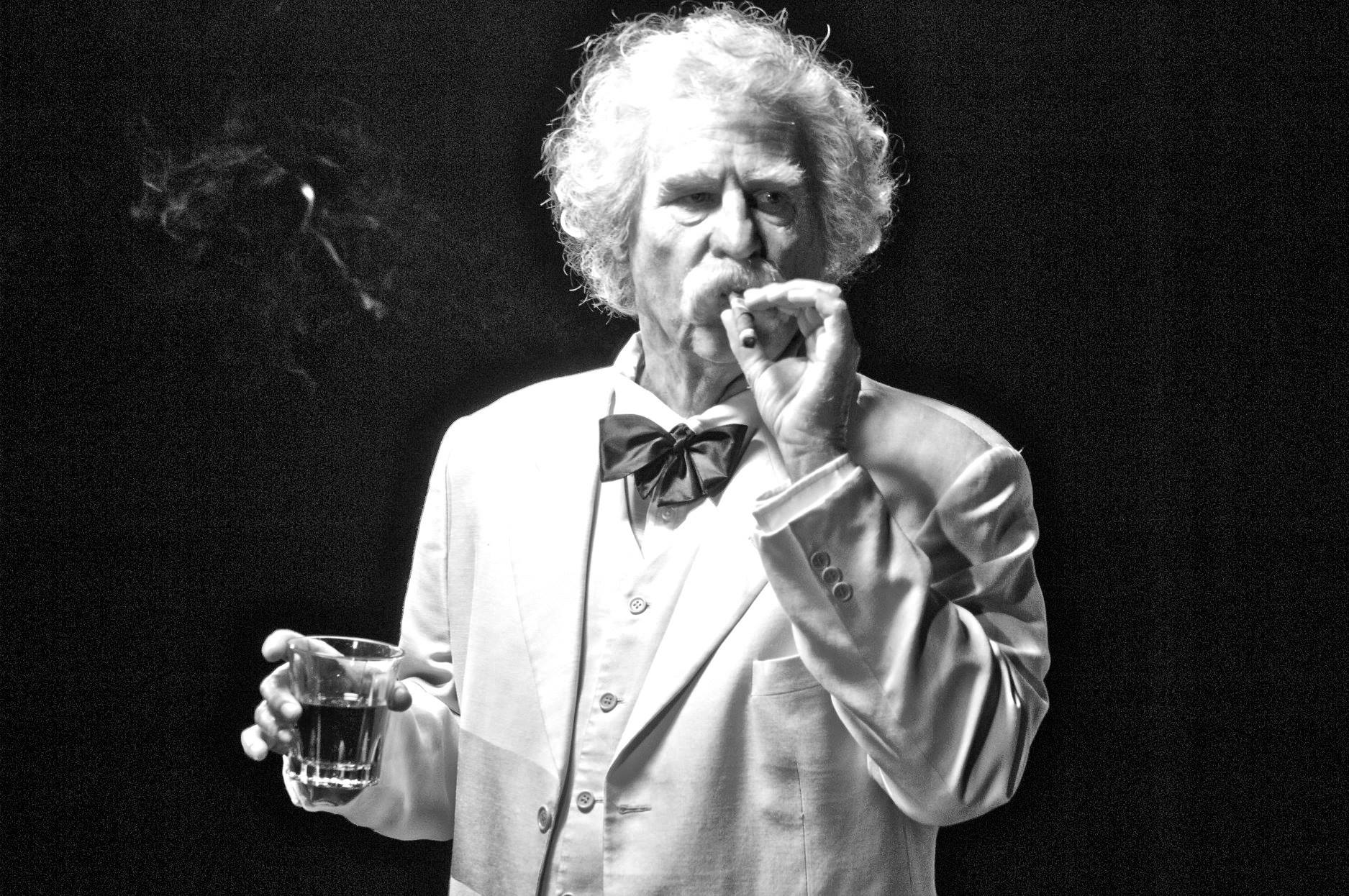 Kilmer was originally inspired to write a screenplay exploring the relationship between satirist Mark Twain and Mary Eddy, founder of the Christian Science Monitor. Inspiration transformed into passion. Kilmer spent 13 years researching and writing: 10 years on the original screenplay and another 3 years on the play.

Citizen Twain, the filming of Kilmer’s performance of the play in Pasadena, 2013, is a work of tremendous insight that demonstrates his commitment to excellence and his incredible talents as a writer and performer.

In Citizen Twain, Kilmer uses a jigsaw approach to storytelling that effectively reveals Twain’s character. It is a masterful combination of references to pop culture and history, of quotes and imagery penned by Twain, and of monologue and song. Kilmer’s Twain, though, would tell you he was just “telling stories.”

Citizen Twain is a provocative title, prompting us to look for connections with Orson Welles’s classic film Citizen Kane.  Kilmer’s work, similarly, is about the tensions between truth and illusion, politics and providence, and popularity and love.  However, as he said during the Q & A after the film, Kilmer is “an optimist.” Citizen Twain, then, in comparison to Welles’s film, not only has a more satisfying, Twain-worthy ending, but also more successfully balances comedy and tragedy (with the film being both extremely funny and extremely tragic).

Citizen Twain breaks boundaries, and engagement with the audience is one of the most important ways it does this—from Kilmer’s personal introduction of the film to the interactive dialogue, which felt like conversation with an old friend (i.e., Twain).  Connection with others is another recurrent idea in the film.

In the end, Citizen Twain is undeniably what Kilmer’s Twain would call an act of “eloquence,” easy to relate to and impossible not to be move by.