Sound of Cinema: Jon Vogl and the Art of Sound Design

On a huge theater sized screen inside a dimly lit, spacious studio, soundless movie images roll while Jon Vogl sits behind his control station. His gaze is fixed upon the images before him, his ears preened. Vogl is a New Orleans based director of sound and the owner and operator of Apex Post Production. He runs a team of sound engineers who deliver post-production audio for movies that are produced locally in New Orleans.

Apex is tucked away discreetly in the Garden District, so neatly that passersby could mistake it for a parking garage. But once inside, it is clear that you have entered the world of movie enchantment. A gleaming silver mixing board sits bestride two monitors displaying waveform patterns. This is the heart of Jon Vogl's control center, which were designed to his specifications, and where he conducts and constructs the aural landscape of the movies that come to Apex.

Since the marriage of moving images and sound, the aural aspect of film, apart from the dialogue, has achieved the significance of a language in and of itself. Directors and sound designers craft soundscapes that subtly set mood, enhance drama, add humor, and foreshadow or maintain conflict. These "audio images" are the domain of Jon Vogl and the team at Apex Studios.

Frame by frame, Vogl is again screening soundless images. His fingers dance around the sound mixer…a slight push here and a slight pull there. He is deliberating, thinking about which techniques, developed over years of experience, he will use to design the sound world of this new picture him before.

A professional life in the movies, since his college days, were always in his plan.

"I originally studied music composition at UCLA and received a doctorate in music composition," Vogl said. "I wanted to be a film composer, but eventually I found myself fascinated by the entire post-production process, especially the technology." But Vogl found that one does not simply walk into a movie career in Los Angeles. His first job in the movie industry was at Glen Glenn Sounds, also known as Audio Glen Glenn…in the mail room. Jon Vogl, the Ph.D in music composition, schlepped mail in the City of Angels until he was eventually allowed to join the union that controlled post-production sound at that time in Los Angeles.

"In those days especially, in Los Angeles, union membership was the only entrée into a movie career and the only way you would be allowed to work with any of the equipment," Vogl said. Audio Glen Glenn kept their agreement with him and Vogl began his career in earnest in in the early 90s. Eventually, he transitioned from Audio Glen Glenn to 20th Century Fox and worked in Hollywood for the next 16 years.

"I expanded my work to include Foley work and ADR (automated dialogue replacement) production, but the real action was on the dubbing stages. That's where the real excitement and creativity is. I wanted to be in that environment where it's very high pressure, very artistic, and where the real finishing work is done on the movie, so I knew I eventually wanted to do that on my own and I came to New Orleans in 2010," Vogl said.

Foley production is a "technical process by which sounds are created or altered for use in a film, video, or other electronically produced work." In other words, these are post-production methods of simply imitating certain sounds that would not, or could not, be recorded on set; for instance, the sound of rain, a bird's fluttering wings, splashing water, footsteps, doors closing, and even the swishing of clothing.

ADR serves a similar purpose. We are all familiar with the boom mikes seen on movie sets and, to an extent, clip-on lavalier mikes that actors wear, but when dialogue is compromised because of set noise or other factors, that dialogue needs to be enhanced, shaped, and improved; i.e. it needs to be designed.

The difference in ADR design is that it requires the actors to come in and perform the dialogue in a separate recording booth, which is also available at Apex Post Production and, like everything else in Apex Studios, was designed by Jon Vogl. The second purpose for this is to identify any ambient or unwanted noise that has seeped through microphones and that needs to be removed.

Before one scene in the movie has sound design added to it, though, Jon Vogl and team meet with the director of the movie during "spotting sessions," which, as the name implies, allows Jon and the Apex team to identify occasions in the script where his services will be needed. The script is the blueprint for planning the overall soundscape of the movie. These spotting sessions are often hours long and are the beginning of the creative process for Vogl and team.

On the other hand, if there is a scene with an outside car chase, for example, Apex Studios will plan field work, which involves sending employees to the actual location to record items like engines revving or other incidental sounds that cannot be produced naturally enough in the studio.

An insightful example of the challenges that sound designers face is one that Jon Vogl relates about working on 12 Years a Slave. According to Vogl, director Steve McQueen "was not a fan of the naturally sounding Louisiana cicadas." The director did not want the cicadas "incessantly weaving in and out of the soundtrack," so Vogl and team created a way to eliminate the surplus of cicadas while still keeping enough of the insects in the soundtrack for authenticity.

There are other events that can't be controlled so well, as when Apex Studios had to evacuate its New Orleans location just before Hurricane Barry landed in July of 2019 to finish the sound mix for the movie Jay and Silent Bob. 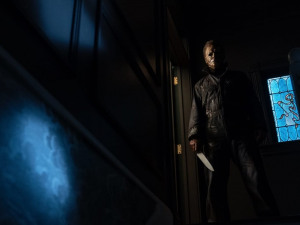 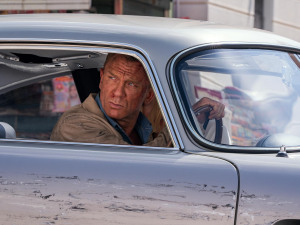