Voodoo Fest opened to a rather soggy start on Friday. Tropical Storm Olga saw to that. With the rain that barraged the city nearly all day, Voodoo Fest was definitely affected.

With the rain came mud, but it wasn't a Woodstock level of muddiness that took place at City Park.

There were plenty of bands and artists to be had: Brandi Carlisle, Interpol, and a host of others, but it was Friday night's headliners that ensured that the festival goers endured the precipitation and mud.

Guns N' Roses took the stage shortly after their allotted time, showing that the problems of their past (alcohol, drugs, and running über late) have been relegated to, well, the past.

But the past isn't always a bad thing for the band, which is comprised of 3/5ths of the original lineup (and perhaps all of the star power). Three out of four of the songs that opened the set were from their iconic debut Appetite for Destruction. It was also the songs from this album that garnered the most crowd reaction, too. They ended up playing seven tunes from this album throughout the night.

The band didn't rely solely on their beginnings to fill out their nearly three hour set. They mixed in some songs from Use Your Illusion I & II, Chinese Democracy, and even mixed in "Slither" from Velvet Revolver (Slash and Duff McKagan's post Guns band). Although, it was noteworthy that they didn't play anything off of Lies-not even "Patience."

There were also some unexpected and downright surprising covers played by the band: "Wichita Lineman" and "Black Hole Son" were the most noteworthy.

The band did break out the hits, though, playing "Sweet Child O' Mine," "November Rain," "Welcome to the Jungle," "You Could Be Mine," and "Paradise City."

All in all, it was a powerful performance that had very little banter as the band just laid into one song after another that culminated in the aforementioned crowd pleaser "Paradise City." Guns N' Roses performance ensured that everyone that braved the nearly constant bombardment of precipitation mixed with mud ignored all of that to enjoy one great rock 'n' roll show.

Lizzo Shows Her Appreciation for NOLA Hospital With Food Donation

Lizzo just gave us yet another reason to love her. She recently surprised medical workers at West Jefferson Medical Center with a huge food delivery as they continue their fight against the coronavirus. The Grammy-winning musician and artist... 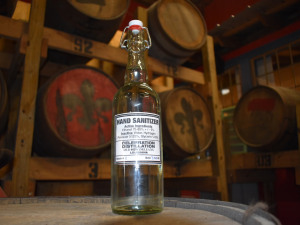 On March 26, America's oldest operating craft rum distillery, Celebration Distillation, announced that itwould behalting rum production in order to manufacture hand sanitizer. Distiller Anthony Whiting stated that the business would work in collaboration with other distilleries to meetgrowing demands in the city during the pandemic. According to head distiller Matt Swiggum, the business... 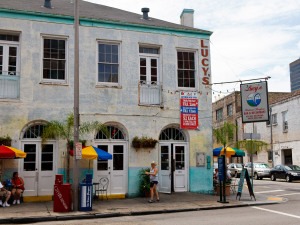 Lucy’s Giving Discounted or Free Meals to Those in Need

New Orleans has been hit particularly hard by the coronavirus crisis, and perhaps one of the biggest issues the community is facing right now is mounting food insecurity for millions of people. Due to widespread business closures nationwide, and specifically in the city of New Orleans, those working in the hospitality industry no longer have a stable income. It will become increasingly difficult for these workers to feed...