The Pandemic Economy: Comparing Post-Katrina New Orleans With the Impact of COVID-19

"Almost every city is suffering," said Dr. Walter Lane, chair of the University of New Orleans's Department of Economics and Finance. "But I think our degree of suffering is much higher."

The New Orleans economy is inextricably linked to industries, like tourism, that have been disproportionately affected by the spread of COVID-19. When asked if the economic impact of COVID-19 has been magnified in New Orleans, Dr. Lane answered, "absolutely." Because of things like the city's port and oil industry-dependence, the impact of COVID-19 has been heightened here. And as the city begins to reopen following the tragedy and economic turmoil of the virus, many residents recall the devastation of Katrina and recognize some of the commonalities between these two disasters.

For one, the city's level of unemployment in the wake of the virus is comparable to the post-Katrina environment and teeters on Great Depression levels. "We have one of the highest unemployment rates in the country because COVID-19 has affected almost all kinds of businesses, but the ones that are peculiar to New Orleans, it has affected the most," said Dr. Lane. Musicians, servers, and other gig economy workers struggle to remain afloat, and for the first time in history, the government has allotted unemployment to these workers, accompanied by strict stipulations. For instance, because this is unemployment for freelancers and contract workers, if a filer has had any type of W2 job in the last year, they are ineligible.

For the duration of both catastrophes, businesses were forced to close, halting New Orleans's economic growth. Many closed their doors for the storm, never to open again—a fear many harbor when considering the city's current future.

Beyond the economic impact of COVID-19, there lies the enormous tragedy of lives lost. According to WBRZ, Governor Edwards said during a press briefing, "It's my understanding that the confirmed death count now from this coronavirus pandemic exceeds the death count that was attributable to Hurricane Katrina." And when one considers the impact of Hurricane Katrina and that of COVID-19, the ones most at risk are New Orleans's poorest communities. As a report by Talk Poverty stated, "Katrina was not an equal-opportunity storm."

One important difference to denote when considering these two tragedies is that "yes, money is coming in," said Dr. Lane, "but there's nothing like the rebuilding money available that we had after Katrina." Because "everybody's restaurants and retail are having trouble," the focus will not be the recovery of the New Orleans economy alone but that of the entire country. The uncertainty and fear surrounding things like public health that were associated with New Orleans post-Katrina are echoed during this time of crisis. And the subsequent lack of tourism, though not a problem unique to New Orleans, as it was post-Katrina, will prove difficult in the coming months, as the city's economy attempts to rebuild. 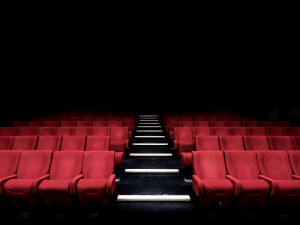 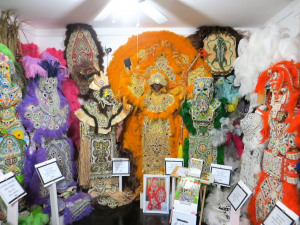