The NFL’s Sorest-Loser Fans: Who Ranks the Highest?

The lexicon of the sore loser is largely the same across every sport and competition that this unwanted presence stains, but in few places is it more prevalent than in the National Football League's biggest bouts. Unfortunately, with New Orleans's own Saints being one of the most spiritedly supported teams in the nation, there is always the risk of being left with a considerable share of fans who would rather attribute most close losses to happenstance and prejudice rather than a matter of being outplayed. However, according to a study by sports gambling site MI BETS, the Saints thankfully do not rank at the topmost extreme of the biggest whiners, among both fans and players, in the NFL.

The study measured the teams who complain about their losses in the NFL the most, predominantly, though not exclusively, fans. Reasons commonly cited for their "unfair" losses were also listed, with the Dallas Cowboys at number one, being known for employing the "victim mentality." The New England Patriots are close behind at number two and have the same cited excuse. New Orleans's own Saints fans come into the list at number three, and their most common complaint is the dredging and grieving of old losses.

The list as a whole was compiled from a survey spanning over 5,000 NFL mavens across the country, and their answers formed the bulk of the data presented. One of the other survey items was the form of venting that aggravated people the most. The largest offenders were, as one might expect, incessantly complaining on social media, dismissing referee rulings as poorly made or biased, and employing a victim mentality. Anyone with a competitive spirit knows how frustrating it can be to lose a high-strung match, even if you are not on the field, but try to be courteous to those around you and keep yourself composed, regardless of the outcome.

You can find the full list of rankings by following the link HERE.

Traveling has changed since the pandemic. People are shunning cities for the outdoors. However, with winter upon us and Carnival parades cancelled, there are only so many options. But if you're considering skiing this season, head to the vast... 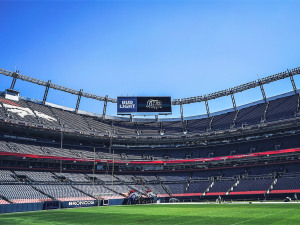 It's Taysom time! While most NFL fans and pundits presumed Jameis Winston would take over as quarterback in Drew Brees's absence, New Orleans coach Sean Payton zagged, opting to give the versatile Taysom Hill his first start as an NFL quarterback. After shaking off some early jitters, the Mormon Missile settled in for a surprisingly efficient outing, completing 18 of 23 passes and capping off two... 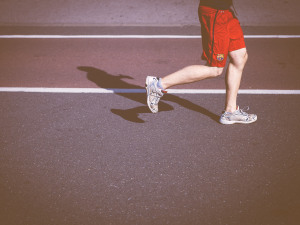 The 113th annual iteration of the NOAC's Turkey Day Race is still on this year, but in a more asynchronous manner. Rather than the more typical race-day gathering of swarms of runners clad in turkey socks and hats that you may be used to, this Turkey Trot can be completed on your own at any point after picking up your race packet and before Thanksgiving ends. Speaking of the packet, which contains race...