The Most Lit Up Neighborhoods in NOLA

Before December 25 actually rolls around, the full effect of the holiday season can be felt all over the city. New Orleans is a city that cannot rely on the cold to get people saying, "'Tis the season." Yet, despite the usual lack of snow and the late onset of cold weather, New Orleans definitely knows how to bring the holiday spirit home. Aside from seasonally themed cocktails, such as the classic New Orleans eggnog daiquiri or the Gumbo Shop's café brûlot, New Orleans residents depend on light displays, decorations, and plenty of family friendly festivities to truly embrace the arrival of the holidays.

About a month before Christmas, the lighting of Canal Street usually takes place with decked out palm trees and sparkly wreaths and bows, and even streetcars traveling up and down their routes can be seen adorned in garland. This year, City Park's million-plus lights are set to go up on November 29 followed by Lafreniere's annual drive and walk-through Christmas display on November 30. Both are breathtaking sights to take in across the vast acres of land they cover. Also taking place from November 30 to December 26 is downtown New Orleans' "Miracle On Fulton Street." This transformed alley, nestled between St. Peters Street and the Convention Center, is completely illuminated featuring a giant walk-through ornament ball and daily artificial snowfall on the hour. Further down, where the St. Louis Cathedral meets the bend of the Mississippi River, Jackson Square is transformed into a sea of lights with the focal point being a 50-foot fleur-de-lis-topped Christmas tree perched on top a flight of stairs.

Above are some of the classic displays of holiday lights you can rely on each year to fill your heart with joy. However, there are more intimate, drive-thru light displays that can be found sporadically throughout the city's neighborhoods, set up by homeowners and renters alike.

Audubon
Technically, the Audubon neighborhood spans an enormous amount of land from the river to South Claiborne. Narrowing in on the areas where you can see some lit up homes lies a span of sights between St. Charles, Freret, S. Carrollton, and Broadway. Many of the homes in the University District, as it's often called, compete with the alluring presence of nearby Loyola and Tulane universities, that also have their own Christmas presentations. The newer Audubon Zoo light show, presented by Children's Hospital, comes equipped with themed light replicas of popular animals, nightly entertainment, and even an elves workshop to entertain the kids with arts and crafts. Lit up lions and tigers and bears, oh my!

Saint Roch Street
The beautiful homes along Saint Roch Street between Gentilly Boulevard and Leon C. Simon truly come to life during the season. Luckily, this area tends to be low on traffic because the lights are sure to be a distraction as you drive and look out your window left and right. The homes are lined up, one after the other, in a beautiful display of holiday art form.

Esplanade Avenue
A charming stretch of this street lies between City Park (N. Carrollton Avenue) and Claiborne where you can find the tall, historic 19th century mansions of Esplanade Avenue. Here you are sure to take in some beautiful spectacles of lawns, balconies, and seasonally decorated porches. On the other side of Esplanade, past Rampart Street, you quickly start approaching the outlier areas of the Quarter. Several Victorian-style mansions turned bed and breakfasts blanket themselves in lights year after year. Some notables are Ashton's Bed and Breakfast and the Edgar Degas House.

Faubourg St. John
Faubourg St. John, or more casually referred to as Bayou St. John, is an area known for its architecturally unique homes and is one of the oldest neighborhoods in the city. It's a peaceful area close to just about everything, and it's bound by Bayou Road, Gentilly Boulevard, Orleans Avenue, and N. Broad Street. Many homeowners take part in the holiday decorating festivities, some on a larger scale than others.

Magazine Street
Magazine Street and some of its notable side streets are a site to see during the holiday season. You can expect many of these homes and businesses to start assembling their outdoor decor shortly after Halloween. Already a pretty heavily trafficked street year-round, Magazine gets even more crowded during the holidays as people try and escape the hustle and bustle of mall shopping. With so much to do on Magazine, including shops, dining, and more bars than you'd think were possible, a whole evening can be made out of light watching. Along many pockets of this lengthy street, several private homes can be found lit up in succession.

St. Charles Ave.
While premium real estate doesn't automatically equate to decked out holiday decor, enormous historical homes definitely draw in onlookers when illuminated. Their existing beauty becomes magnified, such as with the St. Charles mansions. The lit up oak trees that often accompany these homes are truly jaw-dropping.

Image Courtesy of Arc of Greater New Orleans First, Liberty's Kitchen is a 3-month work readiness program supporting local youth between the ages of 16-24 who are unemployed and out of school. They provide their participants with training that will help them into gaining... 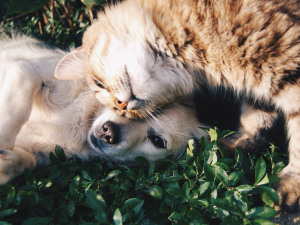 Five Pet Stores to Shop at for National Pet Day

As social creatures, humans all have a need for some sort of companionship and animals are perfect for filling that role if you are dedicated to taking care of them and showing them respect. Here in New Orleans, we love our pets so much that we throw parades for them! To show your furry friends some love, you have to make sure that you have the best supplies to keep your cat, dog, etc. happy and healthy. In honor of National Pet Day on... 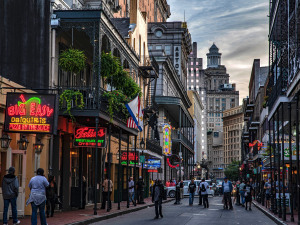 Plan a Staycation and Explore Six Things NOLA Has to Offer

First, have you ever been to a drag brunch?! This Saturday, March 27, head to The Cannery for its Kookie & the Queens drag brunch from 11:30 a.m. to 2:30 p.m. Themed "The Next Best Thing to an Easter Parade", enjoy brunch, bottomless mimosas, and an exciting drag show. There'll even be an Easter scene selfie-wall! 3803 Toulouse St., 504-486-8351, cannerynola.com. Next, enjoy a meal in the beautiful outdoor courtyard at Cafe...