With just 32 days to go until tipoff, the countdown is on for the NCAA Women's Final Four. For a record-setting fourth time, New Orleans will host the crown jewel of women's college basketball, with all three championship weekend games set to be played in the Smoothie King Center. The action will begin with the National Semifinals on Friday, April 3 beginning at 6 p.m CST, and will culminate in Sunday's National Championship game at 5 p.m.

While the NCAA Women's Final Four is sure to thrill fans with the high-level of basketball performance, the excitement of the tournament will extend far past just three games. Throughout the entire duration of championship weekend, the NCAA will be putting on a variety of free interactive events for fans of all ages to enjoy. The fun will kick off on Thursday, April 2 with Tourney Town, a free festival located at the Ernest N. Morial Convention Center that will be going on all weekend. With something for the whole family to enjoy, the festival will feature special appearances by the USA Women's Basketball National Team, autograph signings, interactive games, giveaways, youth clinics, basketball contests, a professional development series and more.

The festivities will continue with the Super Saturday Concert, where fans can enjoy free performances by country superstars the Eli Young Band and Cassadee Pope, along with fireworks, food and drinks. Just like any good celebration in the Big Easy, the Final Four weekend will also feature a parade on the morning of Sunday, April 5, where thousands of kids aged 18 and under will dribble through the streets of New Orleans and into Tourney Town. Before each game, fans are invited to attend a free party on the plaza outside the Smoothie King Center. Visitors can listen to music provided by DJ Ally Bea, purchase official merchandise, enjoy food and drinks, and an array of fan friendly games, as well as cheer on the final teams as they arrive and enter the Smoothie King Center during their Red Carpet entrances.

In addition to all the celebration, the Women's Final Four also presents the opportunity to support a variety of community initiatives directed by the NCAA to support the New Orleans community. Whether it be through the NCAA Junior Journalism Press Program, in which young girls interested in sports media will gain real-world experience in reporting and covering the event, or the NCAA Read to the Final Four Project, which sees elementary school students across the city competing to read the most books, the Final Four weekend is dedicated to using the platform of the NCAA to lift up the local community in a diverse subset of ways. The event itself is also expected to boost the local economy, as 30,000 visitors are expected to come out and enjoy the championship excitement.

With the opportunity to witness some of the best basketball in the country and participate in countless fun-filled events, don't miss this chance to be a part of the 2020 NCAA Women's Final Four! For more information on tickets, please visit NCAA.com/WBBTickets.

With the NFL Draft right around the corner on April 23-25, football teams across the country are gearing up to finalize their rosters and are strategizing to prepare for the big weekend. However, the closure of NFL facilities due to the... 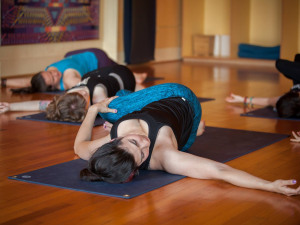 In these awfully strange times requiring self-isolation and social distancing, it's all too easy to feel inordinate amounts of anxiety and stress. Worries roll almost unceasingly through your mind. When can I go back to work? How will I pay my bills? Am I experiencing allergies or symptoms of COVID-19? Will I survive if and when I do catch the virus? Will my loved ones survive? The list goes on and on and on ...
There are hundreds... 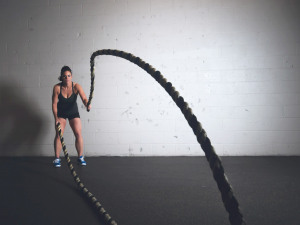 Short on time? Looking for a new challenge? Try interval training-designed for speed, strength, endurance, and a good sweat-session-in 30 minutes or less. Considered to be the latest fitness rage, interval training is a series of low- to high-intensity work periods interspersed with rest or recovery periods. The intermittent cycle of intense work with periods of low-level activity or rest helps to improve cardiovascular endurance while...