The website SmartAsset is one that puts economic algorithms online so you can analyze your own personal finances free of charge. This week, SmartAsset named New Orleans the 3rd best city in the United States for dating on a budget. Researchers from SmartAsset base their estimates of affordability on the availability of restaurants, bars and entertainment establishments in the city's limits and the average cost of two cappuccinos, two beers or two meals found in the city as fixed for income. The full report of their research can be found here.

After comparing prices of all 100 cities, New Orleans is considered more expensive than only two other cities in the United States: Madison, WI and Henderson, NV. In a word: you can keep the bands wound tightly while still having a nice evening with a significant other in New Orleans. Still, I estimate most people from the neighborhood would rather pay a little more for a cappuccino, beer, or meal than live in the Midwest. However as no scientists nor writer alike is able to describe the changing New Orleans' entertainment and beer scene as the wave often erases the lines in the sand; I doubt if estimates can really account for every curb, stoop or backyard establishment you are bound to find within the city's limits.

Those establishments, that get your taste buds tingling while stumbling out of the bar drunk (on your intoxicating date), can never fully be accounted for by lists or economic estimates. If you know where it is Christmas all year round, you can find two beers and a hotplate of food (for two) for ~$12.00, near the Garden District at that. SmartAsset does a fair job in accounting for Accountability and Affordability, ranking New Orleans at the 3rd most affordable date city with beers in the lowest 15% of prices around the country. 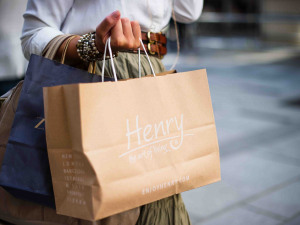