RZA Teams Up with T.I., Terrence Howard, and Others for Cut Throat City Film

Wu-Tang Clan's RZA is gearing up for the theatrical release of his anticipated crime-thriller Cut Throat City, set for a July 17 release.

The film tells the story of four childhood friends in New Orleans's Lower Ninth Ward who return after Hurricane Katrina to find their homes decimated, with no jobs and no help from the Federal Emergency Management Agency (FEMA). Out of options, they reluctantly turn to a local gangster, who offers them one shot at turning their situations around—by pulling off a dangerous heist in the heart of the city. When the job goes bad, the friends find themselves on the run, hunted by two relentless detectives and a neighborhood warlord who thinks they stole the heist money.

RZA said of the film, "What happens in the black community when men are dreaming of getting out, whether they're using their music, their artistic expression, or academics, and yet, based on the system and based on natural disasters, those dreams and those aspirations turn into desperation? Well, this takes place in Cut Throat City. I'm proud to see this film come to fruition and to tell a story about black men living in a poor community, trying to figure it out.

Doris Pfardescher, who serves as the CEO of Well Go USA, highlighted the film's foundation, saying, "Coming up on the 15th anniversary of Hurricane Katrina, it's more important than ever to amplify and celebrate black voices. We are proud to be working with RZA on this powerful film."

Patriot Pictures rep Michael Mendelsohn echoed Pfardescher's statement, adding, "RZA's Zen and martial arts of the mind philosophy is inspiring. This story has attracted a cast that will show our audiences the aftermath of Katrina and its effects on the community of the Lower Ninth in New Orleans. We are proud to share the voices of the community and bring light to the problems they are still dealing with, even 15 years later."

Well Go USA and Patriot Pictures will be donating a portion of the film's proceeds to Lowernine.org, a nonprofit organization dedicated to the long-term recovery of New Orleans's historic Lower Ninth Ward. 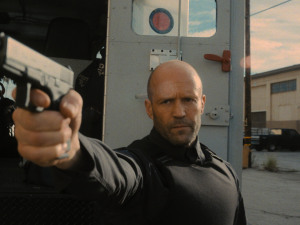 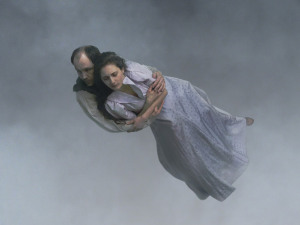