Pull Out Your Linen

August is a time for art in New Orleans. It's a time to pull out all your linen, and throw away the shirt you spilled taco sauce on last year. It's a time to remember all the artists in New Orleans, from Julia, to Royal, NOCCA, Ashé Cultural Arts Center, the Frenchmen Street Art Market, in the coffee shop, Ogden After Hours, on the front of Gasa Gasa, the Lichtenstein at NOMA, YaYa, The Front Gallery on St. Claude, that cool black and white mural of the guy with the quote about the wilderness on Massey's, and all the other places in between. It's a time to sip water, Cab, sweet tea, espresso, MD 20/20, or whatever your beverage of choice is - and it's the time of year to be a patron of the arts. How you do it is up to you, but if you want to know where I'll be, check out the work of Ayo Scott and Ally Burguieres. Where will you see art?

"The Lies We Believe"

"I'm big on process. I believe the magic in art is not in the final piece. When people look at a piece - people who don't draw and don't paint [they] usually think there's some magical process there. But I like demystifying that. I think that it's beautiful when you can show people how to get from A to B even if they don't go there themselves" says local fine artist Ayo Scott.

The Xavier grad recently completed a residency through the Joan Mitchell Foundation which is dedicated to supporting the aspirations and development of contemporary artists in New Orleans. Scott was nominated among 30 emerging artists and was selected as 1 of 10 to participate in the program.

"The idea is to combine things that people are familiar with [and] art that they are not familiar with, to make them look at what they think they [know] in a different light - make people re-evaluate how they interpret something" says Scott of his collection, "The Lies We Believe" which will open at The Octavia Gallery on Whitney's White Linen Night. The thought-provoking show will include well-known European images like The Creation of Adam, American Gothic, and The Mona Lisa that have been reworked through a series of digital and analogue processes to incorporate modern iconography and aspects of New Orleans culture.

Scott told me that it was both a "blessing and a punishment" to have his father, John T. Scott as a professor at Xavier. In addition to his upcoming show, Scott and his colleague Carl Joe Williams (Uptown native and NOCCA grad) are planning their own curation during Prospect New Orleans. The show will be held at the Mckenna Museum and aims to honor John T. Scott by featuring some of his work, as well as his students' work where it's clear Scott's influence is prevalent. "We want to bring art to the common man by trying to use unorthodox or nontraditional spaces" says Scott of future curation projects.

"Everywhere you go you are seeing independent artists doing their own thing. Getting involved in communities that are important to you helps - I'm vegan so being involved with [animals] has let me stay true to my passion and express myself in different ways through art that I couldn't have anticipated," says Royal Street gallery owner Ally Burguires. The animal rights activist, artist, and entrepreneur mentions The Idea Village (which helped launch Where Y'art, a website showcasing local artists) and Arts Council of New Orleans as resources for artists like herself. She has been involved with ACNO on multiple occasions leading to the design of Super Bowl XLVII beads, and contributing to the "Paws on Parade" public Bead Dog installations which helped raise $75,000 for the LA/SPCA in 2012.

In line with her love for animals, Burguieres opened Cocoally (630 St. Ann Street) in December which is a vegan focused clothing line featuring her wearable art and especially cuddly, imaginative onesies and baby tees. "It's been a way to stay connected with people who do enjoy my work but also stay true to what I'm doing so that I'm not just creating things that I think people will like, I'm creating things that matter to me and they resonate with other people," says Burguires of Cocoally.

Most recently, Burguieres has also decorated vegan/vegetarian restaurant Seed with her warm and vibrant work. "The economy and the economic climate has been changing for industries across the board and that's really good for artists even when the economic boom isn't in art. A lot of restaurants are starting, and it directly or indirectly benefits artists because they want art for their walls they want to do tie-ins with other businesses. If you approach being an artist as also being a business owner, then you can reach out to them and say 'I'm starting a business, you have a business let's pool our resources together and make something great.'"

One of Burguieres' most popular items has continued to be her sweet Wish Dog. The Wish Dog can be activated wherever wishes are needed - you need simply write your wish on a piece of paper, roll the wish into a tube, place the wish gently in the Wish Dog's head, light the paper on fire, and watch as the Wish Dog blows smoke, and makes your wish come true. "You meet people from all over the world, people from Holland will come and buy 10 wish dogs to take home - I feel like I owe that 100% to New Orleans and being in the French Quarter." The Wish Dog collection includes a variety of animals and even a Wish Alien.

"On an artistic level what we have tried to do is pay attention to: are the galleries being well served? Is the event on the street positive? How is helping engagement with art and art sales good for New Orleans? How do we build out from there in such a way that maybe we can be supporting more programs more largely?" says Kim Cook president and CEO of ACNO in reference to Royal Street's Dirty Linen Night stroll on August 9.

The funds raised at Dirty Linen Night will get put back into the Arts Council so that programs like ELLA (Entertainment Law Legal Assistance), and Artist Entrepreneurs can continue to improve life and commerce around the city. In its second year running will be the Lux Lounge after party at Latrobe's on Royal from 9 - 11 p.m. "What happens inside the Lux Lounge is sort of eclectic and quirky; [the event] puts things together that [you] wouldn't necessarily automatically think of…This year it will be circus artists and line dancing from African American social dances - It has a slightly unfamiliar, but really interesting and comfortable feeling. It's not loud, you mix and you mingle, you can hang out quietly, or be in the main room dancing" Cook explains.

In addition to putting on their regular programs and grants, ACNO is implementing new ways to engage with the arts culture all the time. One example is a workshop that was held for artists taking part in the Prospect satellite program to help them take advantage of the P.3 audience, spilling over to local reach. This month will also feature a mosaic mural unveiling at the Treme Community Center where artists Jamar Pierre and Ivan Watkins have been leading art classes for kids and adults. In the fall, the ACNO plans to begin a training series about how to publicize art events online.

Whether you are seeing art, buying, funding, teaching, or making it, keep your eyes open for art at work - or in Cook's words, "Not simply a piece of art, but things made artfully." There's plenty to do and see even in the heat. 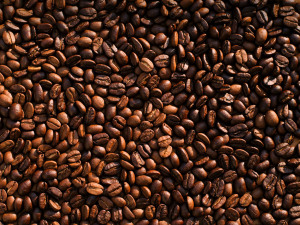 Drive on Over to PJ’s Coffee on July 24 for a Chance to Win Big!

National Drive-Thru Day is approaching fast and PJ's Coffee of New Orleans knows just the right way to celebrate. On July 24, PJ's Coffee cafés featuring a drive-thru will be giving away an assortment of prizes and PJ's swag to customers who place their order in the drive-thru line through a promotion called Drive-thru SurPRIZE. Prizes will include PJ's gift cards, tumblers, mugs, and stickers, but a few extra lucky winners will have... 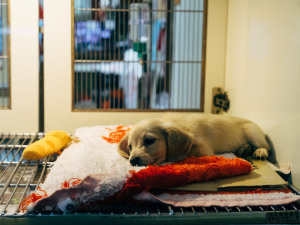 Support the Animal Rescue New Orleans with Its Christmas in July Silent Auction!

Since its foundation in October 2005, the Animal Rescue New Orleans's no kill shelter has been committed to saving and sheltering as many abandoned or stray dogs and cats as possible. This includes tending the immediate medical needs of rescued animals. The nonprofit, grassroots shelter, founded by Jane Garrison in the wake of Hurricane Katrina, helps promote foster, adoption, and reunion of pets with caretakers. Less than a year...