As the battle for female representation in the food and beverage industry wages on, the Crescent City is leading the charge. P.O.W.E.R. Palates-an initiative that showcases female leadership in hospitality, concluded its inaugural month-long run with a luncheon at Antoine's Restaurant this past Thursday.

"This is the first time women in the New Orleans hospitality industry have been highlighted for their critical role in making the city the food and drink capital of the world," said Elizabeth Broekman, Fidelity Bank's Associate Vice President and Director of P.O.W.E.R.

Plans are underway to bring the program back next year and organizers hope to expand to other cities in Louisiana.

Get ready for Mardi Gras' greatest block party, Bacchus Bash! The fourteen-hour extravaganza will kick off at noon on Sunday, February 23rd, preceding the notorious Bacchus parade. The celebration will feature delicious food, specialty drinks and incredible performances by DJ... 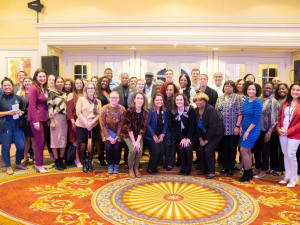 On February 5th, officials of Harrah's New Orleans presented $112,500 in grants to members of 47 local nonprofits who gathered at the casino alongside representatives from the City Council. In 2006, The City Council/Harrah's Community Support Grants Program was established to provide financial support to organizations making substantial contributions to New Orleans' well-being and development. Ever since, the program has awarded $225,000 in... 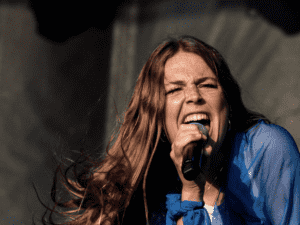 Maggie Rogers will be performing at Jazz Fest on April 23, 2020. Rogers is a singer-songwriter and producer from Brooklyn whose music can be best described as folk-pop with a hint of electronic dance. She was nominated for a Grammy Award for Best New Artist in 2020. Rogers was born and raised in eastern Maryland and learned to play the harp at the young age of seven years old. By the time she got to middle school, she was well versed...