Is This In Your Coffee?

Whiteners or powdered creamers have been a staple in homes and offices across America for over half of a century. There’s always been something a little Space Age about it to me, but for those with dairy-free diets or lactose intolerance, it could be somewhat of a saving grace. It wasn’t until the rise of genetically modified food sciences and nutritional awareness that consumers started to question what is actually in those shelf-stable granules and wonder how they affect the body.

Ethan Huff of Natural News explains, “When powdered coffee creamers first came onto the scene back in the 1950s, they actually contained real dehydrated cream and sugar, which made them a convenient, non-perishable source of cream for coffee. Over time, however, manufacturers began to phase out the cream, and replace it with things like processed vegetable oils, stabilizers, chemical sweeteners, and other additives that were less expensive and that more easily dissolved in coffee.” The masses plagued by dairy allergies might have taken this movement as thoughtful evolution, but the reality is unfortunately the stuff of money-driven corporations cutting costs and simplifying their products with chemicals rather than natural components.

Non-dairy creamer is an oxymoron: why continue to call it creamer if it contains no cream? Exactly my point, but who in their right mind would purchase a jar labeled “stabilized chemical granules flavored with vanilla”? Some powdered creamers do contain a milk-derived protein called casein that is commonly found in mammalian milk, though it does not contain lactose. The nutrition components in milk are lactose (sugar), animal protein and fat, all of which trigger the production of insulin-like growth factor 1 (IGF-1). IGF-1, also known as somatomedin C, plays a pathogenic role in cancer. Studies have proven that populations with more than 10% of protein from casein in their diets were at risk for cancer, so it seems you can’t win for losing when it comes to milk or its derived substitutes.

When powdered coffee creamers first came onto the scene back in the 1950s, they actually contained real dehydrated cream and sugar - over time, however, manufacturers began to phase out the cream and replace it with chemical sweeteners and other additives that were less expensive.

The fillers that make up the powder are even scarier. Hydrogenated vegetable-based fats, vegetable oils, solidified corn syrup and sugar are the main ingredients in powdered creamers; add water and you’ve got the same thing that’s in those little plastic cups of the liquid stuff that don’t require refrigeration. Hydrogenated and partially hydrogenated are marketable terms for trans fats. A trans fat is a healthy fat that has been forced to morph into a different and often deadly form. Basically, oils like palm, soybean, cottonseed, corn or coconut are injected with a metal—usually platinum, nickel or aluminum—to rearrange the molecular structure of the oil. The new arrangement is far from oil; it’s more like plastic. That’s right—plastic! In fact, altering only one additional molecule would result in the oil actually becoming plastic. Dehydrating this new compound doesn’t make it any safer. The human body works harder to digest and process foreign inorganic substances. Trans fats are known to lower good cholesterol while raising the bad, clog the arteries of the heart, cause heart disease and contribute to type 2 diabetes. All in all, the ingredients added to mimic the qualities of milk are worse for you than binge-drinking a gallon of the real stuff. As well, the flavorings and food colorings that tend to weasel their way into the fancier varieties can multiply the danger and the calories, not to mention that the sodium aluminosilicate added to prevent the powder from caking is highly flammable. No, I’m not about to tell you that your chance of spontaneous combustion is greater if you use powdered creamer but, seriously, you’re basically drinking explosives.

Common sense will tell you that organic, natural products are better for your body. Oil injected with metal sounds like a science project—definitely not something I want coursing through my veins. Luckily there are several alternatives to non-dairy creamers on the market. So Delicious brand uses coconut milk blended with water, a great option for vegans or those with a gluten allergy. Other optimal choices include So Delicious Almond Milk; Almond Breeze, which now makes a coconut almond blend; and Hain Celestial Group’s Soy Dream and Rice Dream brands. Locally, Good Eggs stocks suppliers like VEGGI Farmers Cooperative’s Soy Milk and Pandan Leaf Soy Milk.

Brown’s Velvet Dairy, now simply Brown’s Dairy, is a historic business in the Central City part of town. The Gulf Coast dairy supplier uses cows that are not treated with recombinant bovine growth hormone (rBGH), as stated on their company website: “rBGH is ‘recombinant bovine growth hormone’ and also known as recombinant bovine somatotropin (rBST). Developed by Monsanto Corporation, rBGH is an artificial hormone that causes cows to artificially increase milk production. We love our cows and believe that pure, natural milk tastes best and is healthiest for you. Here at Brown’s, our cows are not treated with artificial growth hormones like rBGH. Every farmer who supplies milk to Brown’s Dairy is required to sign a pledge certifying that their cows are not treated with artificial growth hormones.” If you are going to drink milk or use half and half, ensuring that the source of the cream is healthy will result in a healthier cup of joe.

Those on a limited dairy diet have resorted to a teaspoon of ghee in their coffee. Ghee is a class of clarified butter that originated in India and is also used in Pakistani, Sri Lankan and Nepali cuisine. During the slow cooking process, the water and milk solids are coaxed out of the butter. A semi-soft spread with a rich buttery aroma and flavor remains. Though adding ghee will not whiten coffee, it does add the fat content that creamer supplies, giving it a creamy flavor to satisfy that craving. 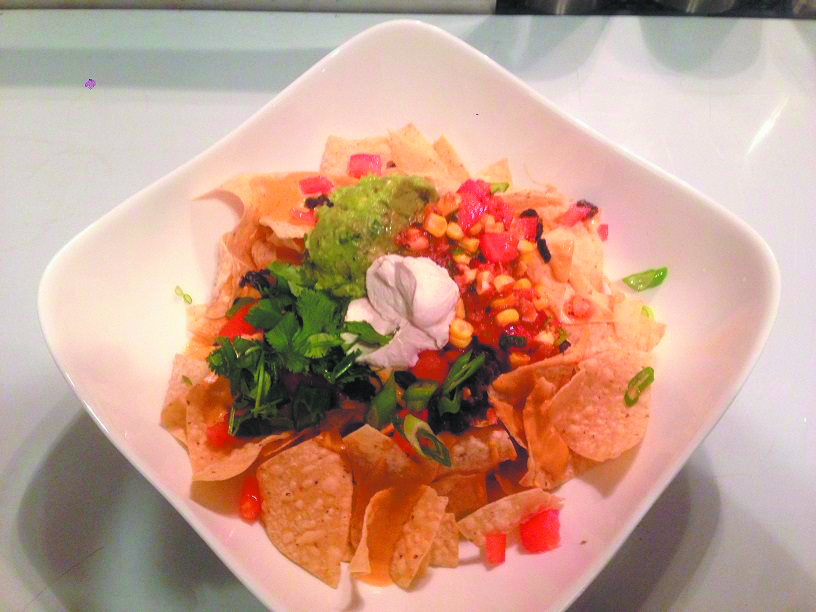 While there are several ways around having to use powdered creamer or the room-temperature liquid varieties, lactose allergies can create quite an ordeal for the coffee drinker. Most nut and plant milks can be quite tasty, my personal preference being coconut, though cashew milk comes in a close second. The 100% plant-based Chef Edward Rhinehart at Seed on Prytania Street is well versed in the art of cooking without dairy products. The nachos with cashew cheese, among other seriously creative dishes, and the Greenie smoothie (made with hemp powder and soy milk) are absolutely dairy free. So, if Chef Rhinehart can create an entire menu based around the non-use of milk or its toxic powdery substitutes, there is hope for every cup of coffee in the land.