Valerie Sassyfras embodies the perfect blend of musical ability and eccentricity. She has decades of studying and performing music under her belt and has delved into just about every genre while mastering the art of the one woman show. Sassyfras is classically trained on the piano and began her career performing Cajun Zydeco with her late husband Johnny Donald.  After his passing, she continued to perform, expanding her talent and exploring various arenas, and became well known with a regular gig at the Piccadilly Cafeteria. More recently, she has branched out in various venues around town and garnered an opening slot for Flow Tribe on Halloween night at Gasa Gasa. Her sound is a world of clashing genres and like her personal appearance, it’s a phenomenal blend of sass and fearless fun.

WYAT: You started your career playing Cajun music. How did you get into Cajun Zydeco?

Valerie Sassyfras: My grandmother was Cajun. In the beginning, she didn't want us to learn French because it wasn't cool or hip at the time. She and my mother used it as a private language. In the 80s, when I got together with Johnny, we had an opportunity to do Cajun music and she started helping us. She gave us old records and sent us to the library. It was during the World's Fair when Cajun became popular. My grandmother helped us write Cajun songs and was a huge influence. My mother was also an influence because she gave us music lessons and the confidence to play music in front of people.

WYAT: You have a rich music history. Where did you begin, and what keeps you going in the industry?

Sassyfras: When Johnny and I started out, we initially had some Cajun gigs at Mulate’s and other similar places; we started out with festivals, restaurants and some club gigs. We traveled all over the country. After Katrina when we came back to New Orleans, Johnny wasn’t well any more, so he really wasn’t in a position to perform. It was basically just me, but he kept pushing me and would say, “You can do it; you’ve got all the skills to do a one-man band.” He helped and encouraged me and pushed me to work at Piccadilly Cafeteria because it would be something steady. After he passed away a year and a half ago, I started to perform more club gigs and started expanding. I figured I may as well work because there’s nothing else to do except work.

I figured since I’m a one-man band, I don’t have to answer to anybody.

WYAT: Being a one-woman band, give us a list of all of the instruments that you play on stage.

Sassyfras: I’m classically trained on piano. I also play the keyboard, accordion, mandolin, the foot tambourine and the wash board.

WYAT: How do you come up with the lyrics to your music? Do you pull from personal experiences?

Sassyfras: I pull from my life with Johnny and from my life now and the situations that I come across. Sometimes I get an idea for a song by just hearing somebody else’s story. But everything is sort of biographical.

WYAT: While performing, how much energy do you pull form the audience?

Sassyfras: Everything. I mean, the crowd is what feeds you. You go into something not knowing how the crowd will respond to you, but it usually somehow turns your way. And then you really start getting into it and the crowd gets into it and you begin to feed off of each other.

WYAT: You seem to love performing. What is your favorite song to play?

Sassyfras: I’d say “Girl’s Night Out” because of how people respond to it. I still haven’t figured out why they respond to it the way they do considering that it took me five years to write it..

WYAT: What inspired you to transition into various genres?

Sassyfras: I figured since I’m a one-man band, I don’t have to answer to anybody. Basically whatever I’m in the mood for when I’m writing a song, that’s what I write. I just recently started getting into hip hop and music. I never thought that I would ever like it, but it’s finally starting to get to me. I started listening to it more and more and realized that I liked it. With that said, I’ve been sort of going into that direction. But when I’m writing a song, it’s just whatever I’m feeling at that time. I feel like I shouldn’t really have any boundaries when I’m creating music.

WYAT: With 3 albums and a Christmas album under your belt, what are you currently working on?

Sassyfras: I have new music that I’ve been performing, and I’m getting ready to record in the studio. This time it’s going to be all live musicians. I plan to keep working and expanding, doing more shows and eventually getting to Jazz Fest. That’s my dream.

Don’t Stop the Music: A Shift in Motivation for Lena Prima

As the city of New Orleans moves to Phase 3, and many of its residents are in the process of receiving vaccinations, it is only logical for people to imagine what the light at the end of the COVID tunnel will look like. Members of the live music community are warming up their... 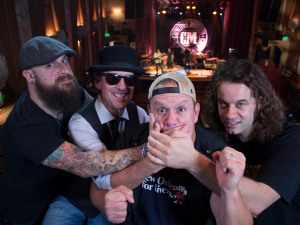 Don’t Stop the Music: Cowboy Mouth Feels as Inspired and Creative as Ever

In the summer of 2020, Where Y'at interviewed Cowboy Mouth to see how the band was doing in the midst of the pandemic. COVID regulations were still strict and restraining, but Cowboy Mouth tried to remain active and engaged with fans through the Internet. In a follow-up interview with Fred LeBlanc, drummer and vocalist for Cowboy Mouth since 1990, fans can get a glimpse on how Cowboy Mouth plans to move forward and stay optimistic even... 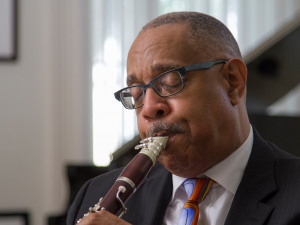 Don’t Stop the Music: A Step Closer to Normality with Dr. Michael White

The first-year anniversary of the COVID-19 pandemic has officially passed and, in the United States, it has been a very difficult year for many cities and their residents. New Orleans is amongst those cities experiencing extreme grief due to the absence of live music and the limitations on our food establishments. The culture of this town is like no other, and without live music and food, New Orleans just doesn't seem like New Orleans....