Oh, When the Bands Come Marching In: A Parade Soundtrack

Anywhere else in the U.S., the first images associated with marching bands would most likely be high school and college football games where they blast fight songs and perform elaborately choreographed halftime shows at center field. But mention marching bands in New Orleans, and fond memories of Mardi Gras parades will probably come first.

In a city immersed in its vibrant traditions and musical heritage, it should come as no surprise that marching bands have evolved as a focal point in Mardi Gras parades and the carnival season. They have assumed an important role in entertaining the beaded masses, often marching in extreme temperatures and unfavorable weather conditions to do so. Featuring military, university, high school and other organized bands from all over the country, Mardi Gras parades have become both a stage for and a celebration of the great talent of these musicians, as well as a way to combine contemporary music with the formal tradition of marching band.

The mixed origins of the Mardi Gras marching band parallel the unique integration of cultures and traditions in New Orleans, a rich blend of French, Spanish, African and Creole Haitian influences, among others.

Some roots of the modern marching band can be most readily traced back to military bands, which were initially used to conduct troop movement and intimidate the opposition on the battlefield. Also used to entertain soldiers and keep them in high spirits, the role of marching bands became progressively more ceremonial, and they were often involved in formal and celebratory processions and parades.

Another branch of Mardi Gras marching bands' history began after the Civil War, when building musical instruments became a popular industry. African Americans, armed with their newly attained freedom and this readier supply of musical instruments, began forming marching brass bands that consisted only of brass instruments, drums and bass.

By the late 1890s and early 1900s, these brass bands' presence had become an integral part of jazz funerals, a religious practice of early African slaves still preserved in the city today. These funerals celebrated the life of the deceased with a procession of his or her loved ones and a brass band, led by a Grand Marshal, between the church and the burial site.

On the way to the cemetery after the services, the band would play a selection of slow, sorrowful songs, known as a dirge. But on the way out, the tone of the music became jubilant and celebratory as the procession and band began singing and dancing wildly in the streets, often with umbrellas and handkerchiefs, to joyfully commemorate the release of their loved one's soul to the heavens.

This musical ritual became known as the second line, which is still an important and visible custom in New Orleans today. These street-marching bands gave rise to the Olympia, Onward and Excelsior brass bands, which began to form in the city's neighborhoods, especially the Treme. It wasn't long before bands of this nature and origin became a strong, if not necessary, presence at social events throughout the city, and they paved the way for groups like Rebirth, Dirty Dozen, Hot 8 and Treme brass bands.

Both of these sources of history and tradition influenced marching bands as they began to participate in Mardi Gras parades. While the French observance of the carnival season had been celebrated since they began settling the area in the early to mid-18th century, formal parades with marching bands and horse-drawn floats first appeared in 1857. Soon to follow were the additions of jazz bands, marching social clubs and the heavy influence of Mardi Gras Indian customs and songs.

Marching bands in Mardi Gras parades today take cues from both sides of their history. For example, their uniforms resemble those of the military and constant drum line cadences keep the band in step between songs. However, that selection of songs is often steeped in the traditions of brass bands and the city of New Orleans rather than national anthems and patriotic songs.

The bands' presence in parades throughout the Carnival season has since become an integral part of the Mardi Gras experience for parade-goers.

"[Marching in parades] can be long and uncomfortable, but the crowd's reactions make it all worth it," says Tulane University marching band member Kris Gonzales. "You're providing the soundtrack to one of the most unique events around."

Parade routes are generally 5 to 7 miles long, with frequent and sometimes long, stops for floats that breakdown or take longer to turn down streets. Because of the often erratic weather of New Orleans, band members march in an array of weather conditions for long hours at a time. Exacerbated by their heavy, long-sleeved uniforms, members often face biting, damp-cold temperatures, and even bouts of rain, which do not always lead to a parade's postponement or cancellation.

But these musicians understand and appreciate their role in the crowd's experience and enjoyment and, in return, live for the reactions they and their music inspire.

"After marching 3 miles through the streets of New Orleans playing my drum and making everyone dance, the water in my canteen just was not cutting it," says former Tulane University ROTC band member James Wallin. "Luckily for me, and the rest of my fellow ROTC members, you could always depend on the people of New Orleans to show their love. Throughout the parade, as an angel appearing from heaven, someone would come out of the crowd and pass us ice cold cans of beer, which of course, we would quickly devour as we marched on playing our music."

"Some of the best memories were when the parade would stop for awhile, due to a breakdown or something," says former Jesuit High School bandsman Kevin Miller, "We would put on a show with a few songs, and the crowd couldn't get enough."

Song choices have evolved over the years to cater to the tastes of both the crowds and the band members themselves. Much of the bands' routines come from songs learned and performed for their schools' football games earlier in the year, including fight songs and familiar drum line cadences.

Also common are more popular commercial tunes from yesterday and today, including anything from "Louie, Louie," "Go!" and "The Final Countdown" to Michael Jackson hits and the year's featured rap songs such as last year's staple in honor of the Saints' luminous Super Bowl-winning season, the Ying Yang Twins' "Halftime (Stand Up and Get Crunk)."

Rounding out the bands' repertoire are classic and well-known New Orleans songs such as "Big Chief" and "Do Whatcha Wanna," both regularly performed by the renowned St. Augustine Marching 100 Band, "Mardi Gras Mambo" and, of course, "When the Saints Go Marching In."

These New Orleans flavored tunes received a push last year from a joint project between the Foundation for Entertainment Development and Education and the New Orleans Jazz & Heritage Foundation's Heritage School of Music, aptly named New Orleans Music for New Orleans Marching Bands, which was designed to promote students' awareness and appreciation of local music, culture and history.

Both a nod to tradition and a proud march toward the future, these marching bands are an iconic and irreplaceable piece of the overall Mardi Gras experience, and they will continue to provide the parades' irresistible soundtrack for many carnival seasons to come.

"The thing I really like about parades is that I can finally be a part of something that I have seen for years," says current Brother Martin High School bandsman Clark Wagener. "It's just awesome to be in [a parade], but it really is some work involved in getting there."

"Overall marching was a physically demanding but rewarding experience," Miller says. "We would literally collapse after getting on the bus, and by the time we dropped the equipment off at school, I wouldn't get home till one or two in the morning sometimes, only to wake up the next day and do it all over again. But it wouldn't be a parade if you didn't have the bands."

Get Me Out of Here: Fat Tuesday Alternatives

Fat Tuesday-that wonderful day of the year in the life of a New Orleanian. It certainly lives up to its billing. How else could we possibly find the energy to keep up with that merry marathon of friends, floats, and festivities? Well, it just so happens that this delightful... 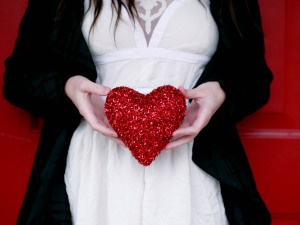 5 Free Things To Do For Valentine's Day

It's that time of year - Valentine's Day is coming up! Here are five ways you and your special someone can celebrate without having to spend. Wander Around the Bywater Venture beyond the borders of the French Quarter to the Bywater, a bohemian neighborhood that boasts tons of outdoor cafes, dive bars, trendy restaurants, and quirky boutiques. This funky neighborhood is known for its colorful street murals and shotgun homes. Make... 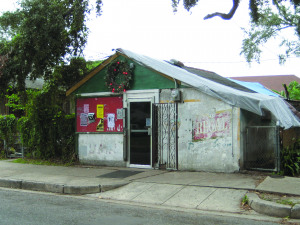 It takes more than just great food or cheap drinks to make a restaurant or bar-atmosphere matters. New Orleans has plenty of bars with a unique ambiance that keeps people coming back for more than just a drink-to-go, whether they're neighborhood dives or fancy cocktail joints good for a splurge. Here are a few of them: Vessel
3835 Iberville Street | 504- 603-2775
vesselnola.com
Situated in a historic repurposed church, this...