A League of Your Own

Up for a little friendly competition? Joining a recreational sports league will keep you active and involved in the community.

If you’ve ever dreamt of roughing it up on a pair a skates, then roller derby is just for you. Try out for the official team or join the rec league that goes year-round on Wednesday nights. For $70, you can purchase a beginner’s stamp card that’s good for 10 practices. Use the card to practice at any of the krewe’s current session dates. 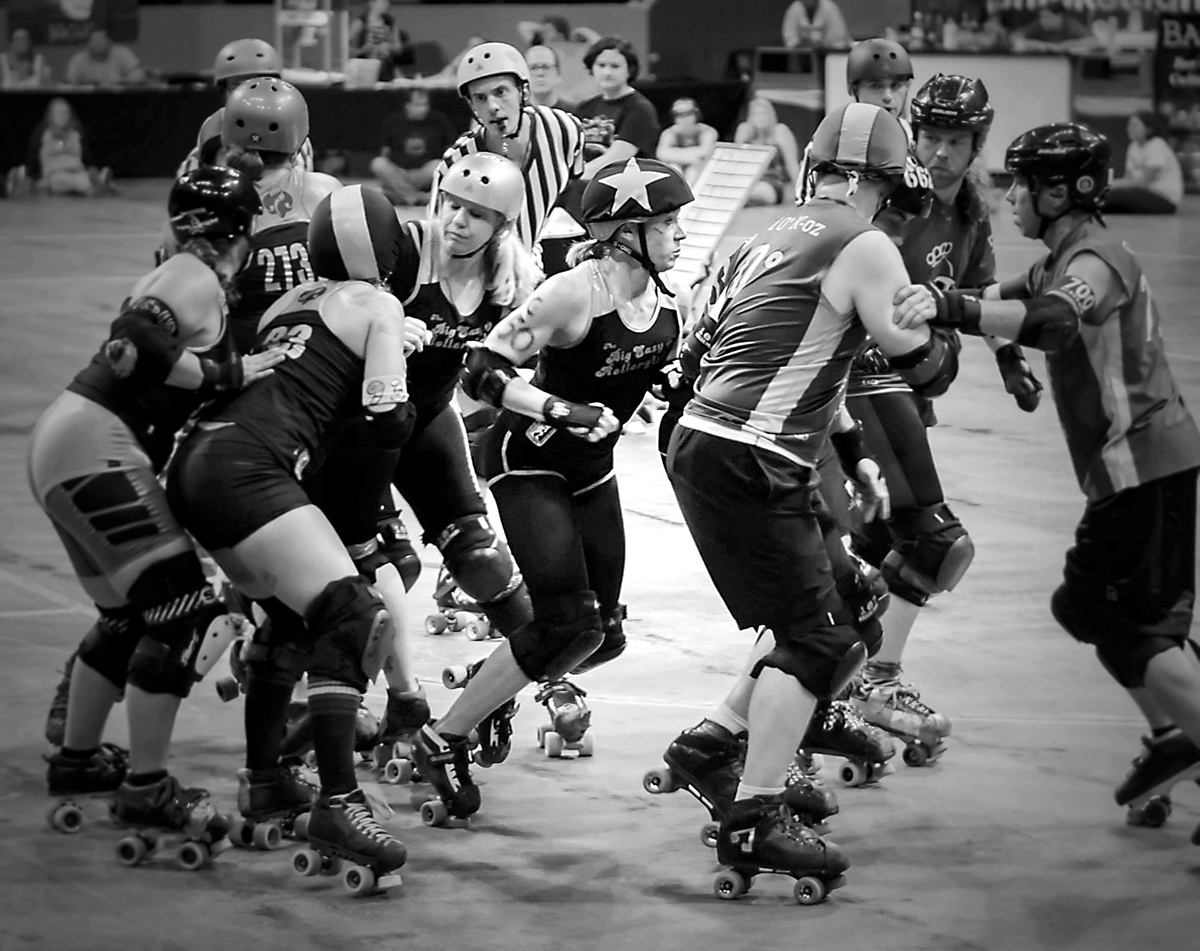 With both recreational and competitive leagues, there’s a level for everyone. Join a team or start your own! Leagues meet at Green Charter, Wheatley and on various nights, depending on the league. Open play program access is available for $30 a month, Mondays through Thursdays at Harrell Stadium. 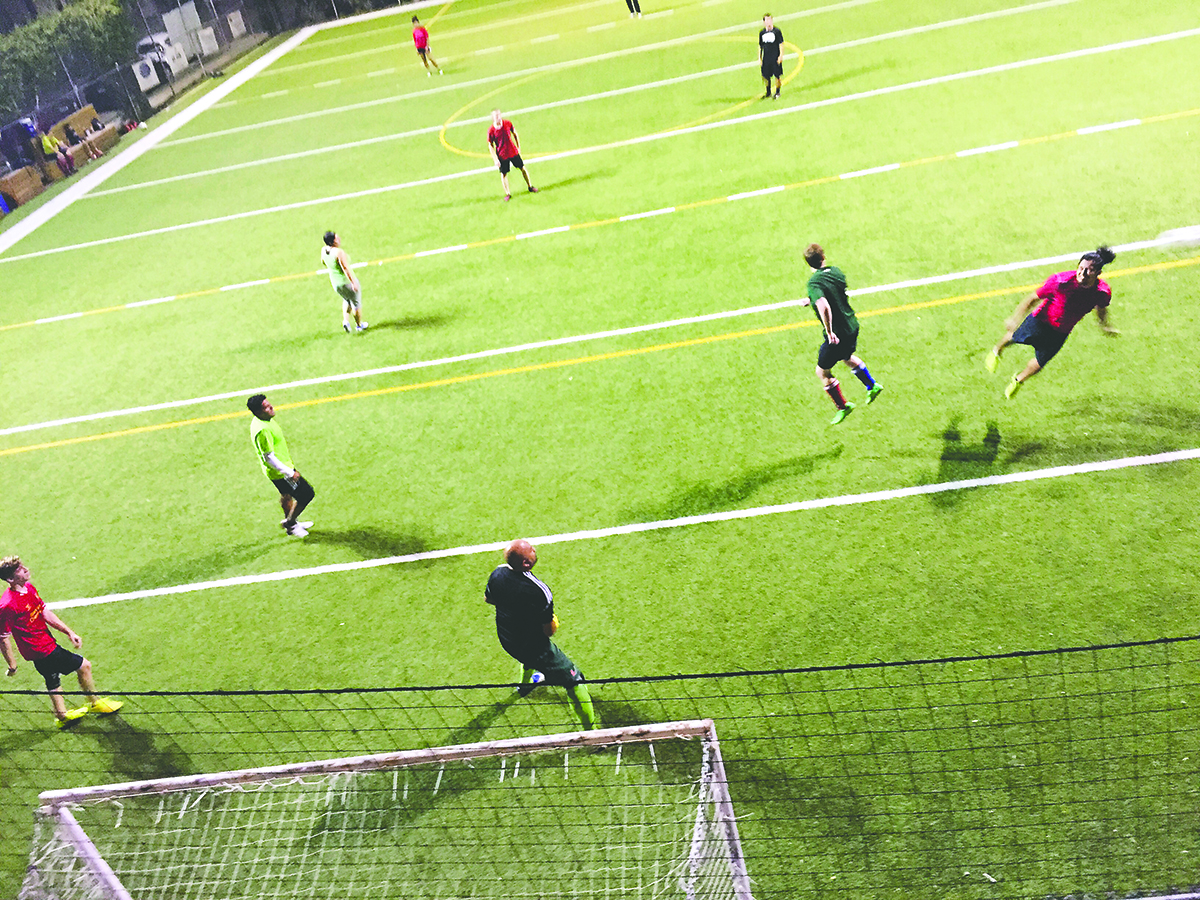 Happy’s is a combination of serious and recreational runners that meet every Wednesday, rain or shine. Join the club at Happy’s Irish Pub on Poydras by 6:15 pm for a 5K run! An annual membership gets you 2-for-1 beers after the run. Socialize and drink with like-minded runners!

Get outdoors and play some volleyball on the banks of Bayou St. John with the Mid-City Volleyball Group. Quads tournaments are held on Saturdays at 11:30 am with a suggested $5 donation, and free pick-up games begin at 2 pm. Doubles tournaments start at 5 pm on Tuesdays with a suggested $5 donation. Participation helps the non-profit organization with their goal of building a permanent volleyball venue along the Lafitte Greenway.

Disc golf may seem like a surprising sport, but it’s been the fastest-growing sport in the nation. The number of courses in the has doubled in only eight years. Recently revived this year, the local disc golf chapter holds matches in and in Metarie, as well as an annual championship tournament.

In 1973, six men formed the first non-collegiate rugby club in .

Touch rugby is ongoing at on Tuesdays and Thursdays at 6:15 pm. New players are always welcomed and encouraged to show up at any practice. No experience is necessary! Any ladies interested in playing should join the women’s practice at the City Park Track on Mondays and Wednesdays at 7 pm. 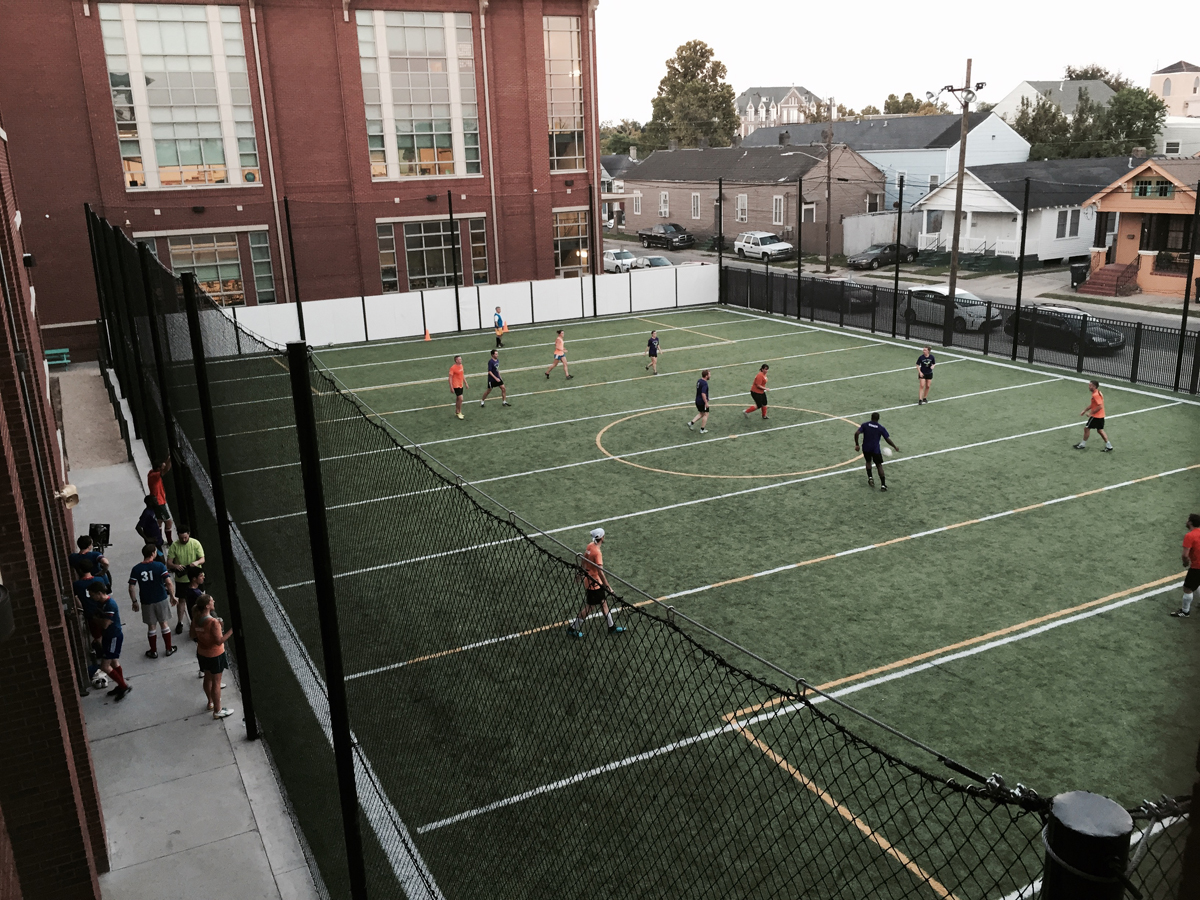 Libations and skeeball, anyone? Sign up for the city’s first and only skeeball league.

It started with a pair of salvaged skeeball machines in 2002 and has since grown into a niche group for socializing, drinking and skeeball. The league meets every Thursday at Half Moon Bar in the Lower Garden District.

Like other similar groups in large cities across the country, NOLA Social Ride is for people who like bikes. Whether you’re a rookie rider or an avid cycler, the social ride is a great way to get involved in the local cycling community. Take your wheels out for a spin on their weekly Happy Thursday Bicycle Ride. They post a different route on their Facebook page every week. There’s also a Wednesday Fitness Ride for speed training and a Tuesday Music Ride with Old Man River from WWOZ. 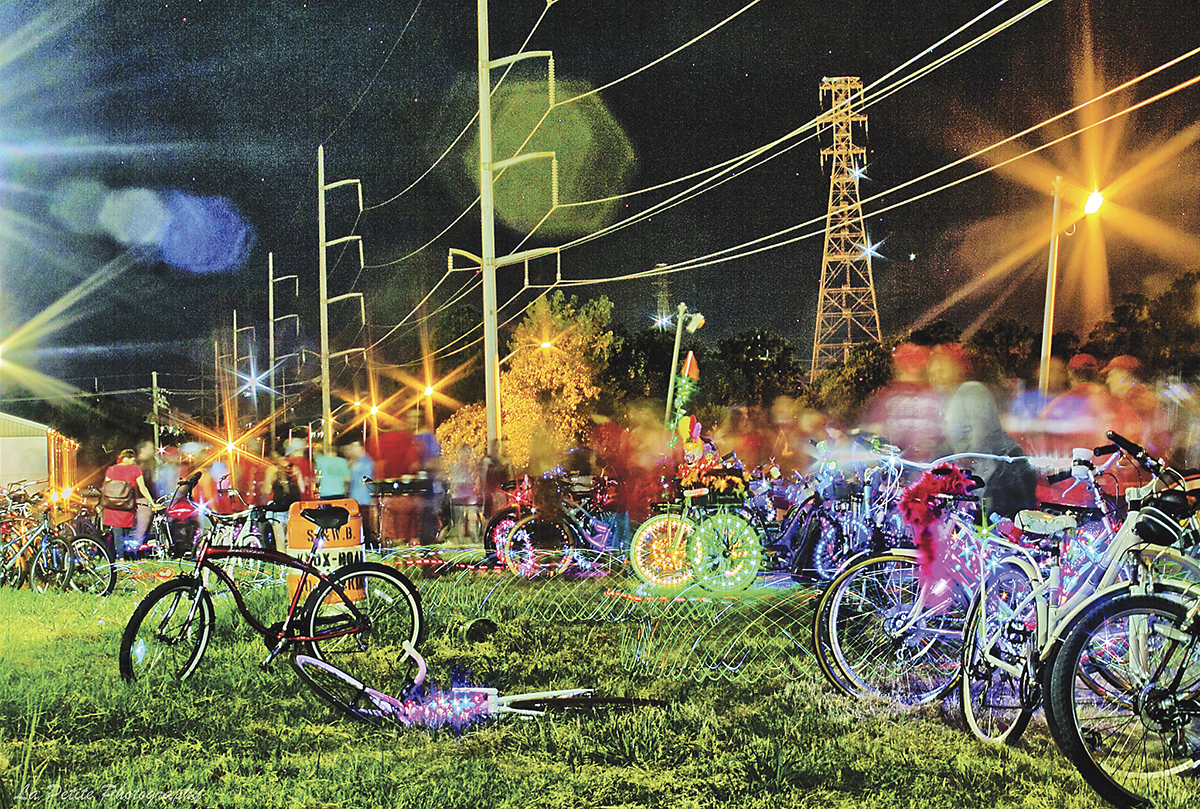 With multiple co-ed sports leagues and over 12,000 members, it won’t be hard to find where you belong. Meet and compete with active, young professionals all over . You can even register with your co-workers and start a corporate league! Leagues include basketball, bowling, cornhole, flag football, kickball, soccer and indoor volleyball. Sports are hosted at varying locations. Winter leagues begin in January. 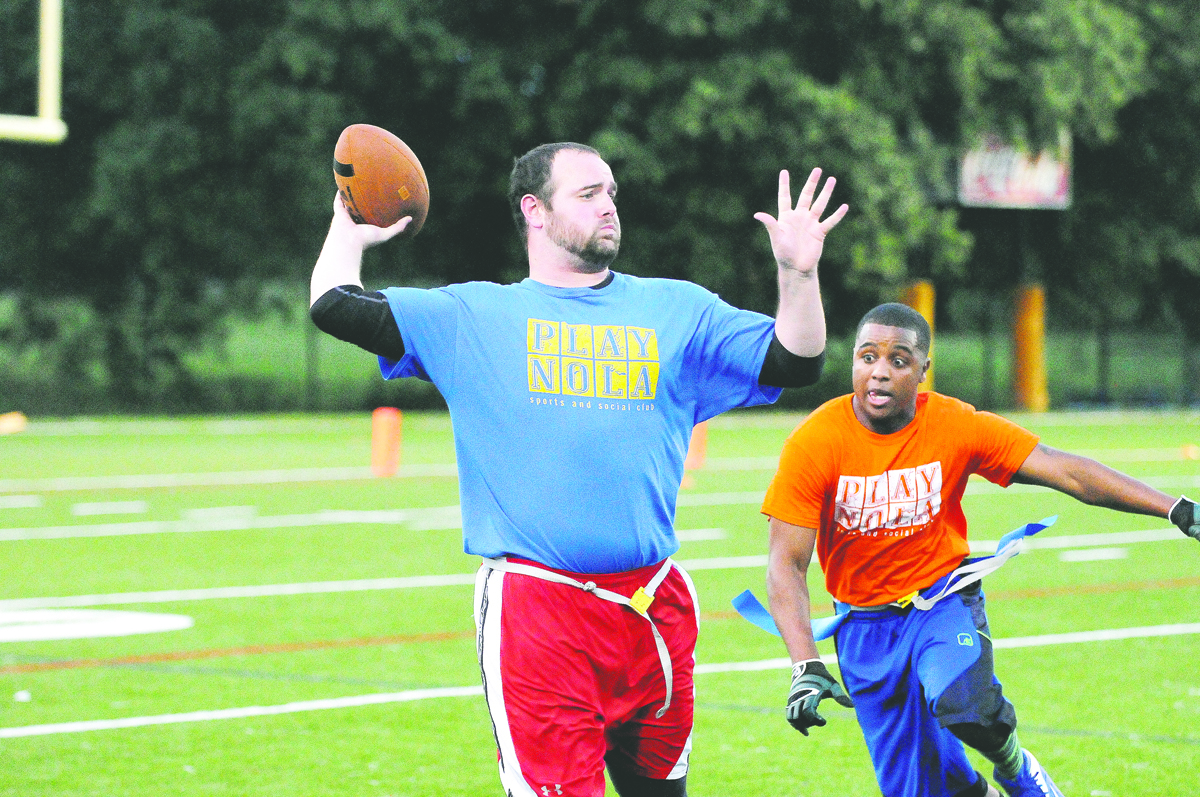 Southern Sports Leagues has an array of leagues to join, including kickball, soccer, softball, dodgeball, volleyball, flag football and cornhole. The leagues are designed to be laid back, fun and safe for everyone. There are locations for play all around the city!