When it comes to work ethic, many Americans strive to achieve the American Dream by their own standards. However, some Americans are still on the path of discovering the wealth and riches that America has to offer. According to Wallethub, Americans put in more hours than other industrialized countries. Further studies have established that the average U.S. worker puts in 1,779 hours per year-which outweighs work hours in countries like Japan, the U.K., and Germany. At the center of the COVID-19 pandemic, America continues to pull high work hours, even with so many currently working from home.

Wallethub has conducted a research survey comparing 116 of the most populated American cities across 11 key indicators with data ranging from the hardest-working cities to the cities that work the least. The method used to conduct this research required using metric on a 100-point scale, with a score of 100 representing the "hardest-working" cities across America. The calculated score for each state is mainly based on the weighted average across all metrics and used the remaining scores to rank the cities. When it comes to New Orleans, we rank number 108, making NOLA one of the lowest ranking cities when it comes to work-ethic, job opportunities, and employment.

Cities such as Anchorage, Cheyenne, Virginia Beach, and Washington D.C. are amongst the highest-ranking hard-working cities. Anchorage, Alaska, ranks as the number 1 hardest working American city with an average income of $58,989 per year. In contrast, our beloved city of New Orleans has an average income of $41,604. Although we may not be the lowest ranking city, we still have a long way to go to catch up to the highest-ranking cities on the list. The lowest ranking city is Detroit, Michigan, which ranks number 116 with an average income of $30,894. In years past, Detroit has encountered grave economic loss, which ultimately led to the city filing for bankruptcy in 2013.

If you want to learn more about these cities and their rankings, please visit wallethub.com.

For over 200 years, Buffalo Trace Distillery has been dedicated to its craft of making bourbon whiskey. Now, the distillery is spreading the word about its second annual release of the its new Kosher whiskey trio: the Kosher Rye Recipe Bourbon, the Kosher Wheat Recipe... 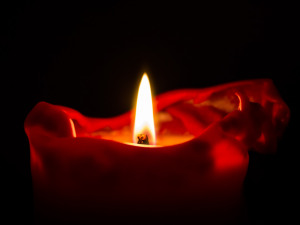 We love the smell of a good bar. For many of us bar goers, smell can induce nostalgic need for simpler times and memories of friends we haven't seen for a while. With the COVID lockdowns of 2020, nostalgia is what our bar experiences have largely been limited too. But with the return of bar life soon in order, the finish line is well in sight. Miller Lite is determined to give us a worthwhile victory lap by bringing us these... 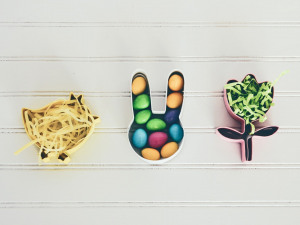 Spring is in the air! The fresh sight of budding flowers, the vibrancy of beautiful weather, and, of course, the celebration of Easter is all anticipated with the arrival of spring. Easter is a glorious holiday filled with faith, joy, easter eggs, and tons of chocolate bunnies. According to Wallethub, Easter is a big consumer holiday that rakes in billions and gives most Americans toothaches from the large consumptions of sugary Easter...