With more and more Americans receiving the COVID vaccine and feeling more comfortable with travel, the world of tourism is expanding greatly as summer approaches. Today, the number of people crossing through TSA checkpoints each day is 10 times higher than it was at this time last year, according to WalletHub Communications Manager Diana Polk.

As a result of increased travel, personal-finance website WalletHub has recently released a report on the top 100 summer travel destinations of 2021. New Orleans is ranked 3rd on its list as one of this summer's premiere places to visit out of the 100 most heavily populated metro-areas in the country, according to WalletHub's rankings.

WalletHub utilized a series of 42 indicators based on budget-friendliness and fun to determine the ranking of each city, according to Polk. Each indicator was ranked on a scale from 1, the worst possible score, to 100, the indicator score that is the best of the best.

New Orleans had a total score of 72.51, just .44 of a point behind the area ranked #1, Orlando-Kissimmee-Sanford, FL Metro Area.

New Orleans was ranked 2nd among the top five safest cities to visit, alongside Honolulu, HI; Salt Lake City, UT; Sacramento, CA; and Tulsa, OK. It ranked 9th in average COVID cases in the past week per capita, and 11th in number of attractions. New Orleans was also 16th for activities, 17th for cost of cheapest flight, and 19th for both cost of a three-star hotel as well as travel costs and hassles. It was ranked 32nd for local costs, 39th for weather, and 53rd for duration of cheapest flight.

In most areas, New Orleans ranked well above the 50-score average, which helped put it at #3 on WalletHub's list, making it an exciting and desirable place to visit in the summer of 2021.

It all started 400 years ago with a barrel of moonshine. George Thorpe filtered the first ever batch of corn whiskey in Virginia all those years ago, and the tradition was carried on by George Washington distilling and operating the largest whiskey distillery in... 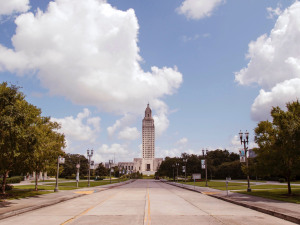 Visit Baton Rouge, which is the official tourism organizations for the capital of Louisiana, launched a new free program, called Friends Trip Pass, to encourage locals and tourists to get out and explore Baton Rouge. To accomplish this, Visit Baton Rouge is working with local establishments, such as restaurants, retailers, curated attractions, and more, in the Baton Rouge area to have themselves featured on the pass, while... 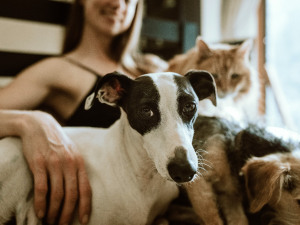 New Orleans is the 10th Most Pet Friendly City in the U.S.

To animal lovers, pets are family. 85 million households in the U.S. have pets and naturally want to provide their furry friends with the best living environment possible. WalletHub ranked the pet-friendliness of 100 U.S. cities based on the quality of life available for household pets, and New Orleans landed at number 10! Of course, parks and other places for pets to play is an important part of keeping pets happy and healthy,...