I met with fashion designer Amanda deLeon in her home studio where I discovered the vibrant red head, usually stylishly clad in leather and fringe, to be just as normal as the rest of us. She arrived to the door in a band tee shirt and jeans, hair swept from her face, and her courtesy to me was the hallmark of a true hostess. I've known Amanda for a few years now, and though we have become friends over time, her professionalism and drive still amazes me – yet her ultimate down to Earth form restores my faith in the human condition. She was born and raised in North Louisiana, but has claimed New Orleans as her home base for the past five years. Her husband Kevin is a computer programmer and musician. The creative duo encapsulates what every New Orleans resident imbibes- that cool and collected persona; the drive to create and inspire- making them the best team out there.

Amanda's first glimpse of professional arts came via Louisiana Tech where she was studying architecture. She realized with the program's progression that switching majors to Interior Design was more her schtick. Upon completion she realized that in the

ID field most of the creativity that initially attracted her to the profession was gone. 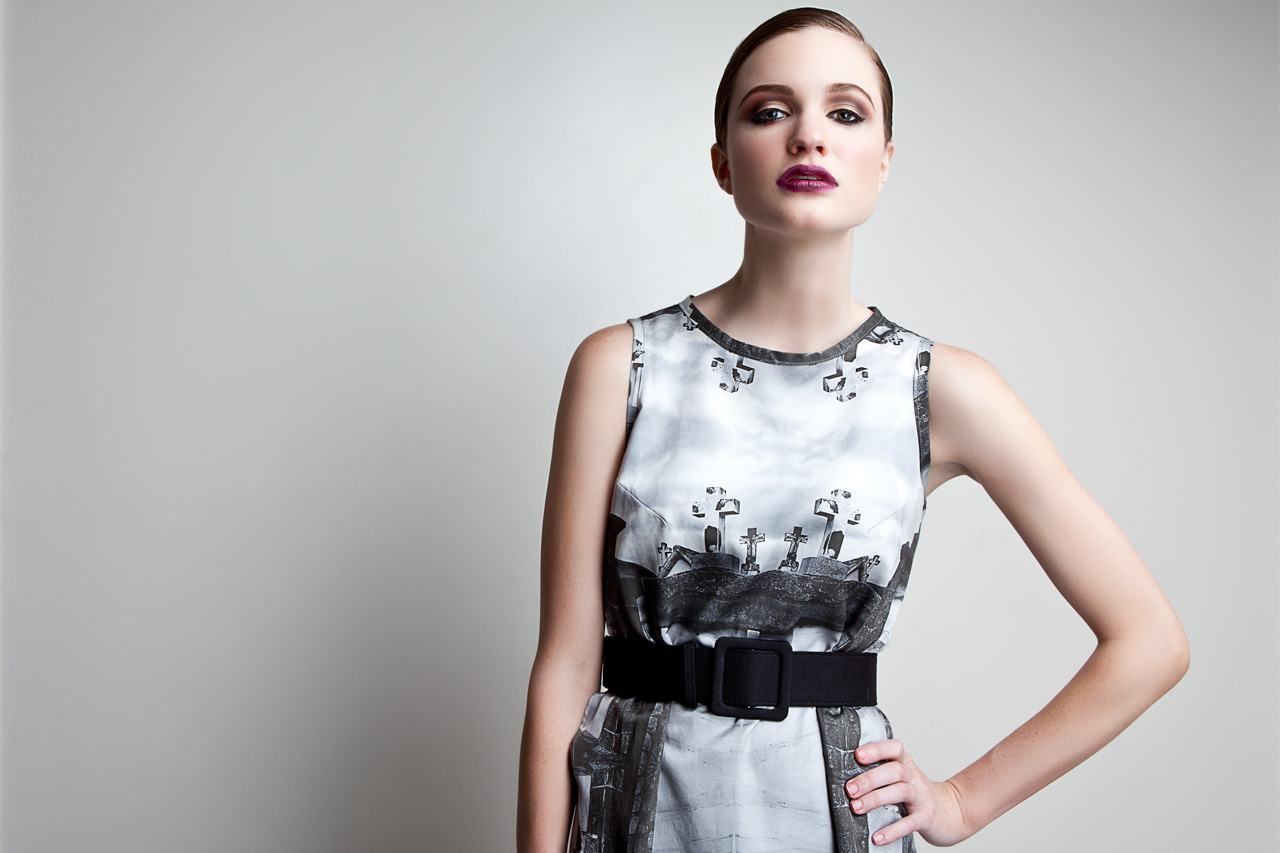 She managed to fill time with a few jobs, but nothing that could sustain life. In the

lack of commercial design positions, she became an architectural drafting teacher after she and Kevin moved to Wilmington, North Carolina to indulge in some

“We moved there to learn to surf. Hurricane surf is the best and there was plenty of that to encourage my passion.” And so passionately speaking, she recounts her introduction to fashion design, “I started sewing my own clothes at the age of 10. People would always eyeball me in church to see what I was wearing because I was notorious for my sense of style, I guess if you can have a sense of style when you're a kid. When you're that young and aware of your talent it comes out little by little everyday. Apart from generating a new wardrobe for myself, I made 4H competition outfits, too – it was North Louisiana, what else was I gonna do?”

She continued designing, hand sewing, and sporting her own frocks after college, and caught the eyes of those in her social circle. “A friend of a friend wanted something custom for a gala. That relationship took flight with the next call for a custom bridal gown. I started with mini-collections because custom orders snowballed.” Learning quickly that the interior and fashion design careers can be quite similar - with no offense directed to past clients - she dropped the custom orders based on the nit-picky element alone. While still in North Carolina, she entered the Emerging Designer competition at Charleston Fashion Week gaining notoriety for her original designs. Afterwards, the opening of her Etsy shop deemed itself fruitful when Kat Von D, who has remained a faithful client for the past 8 years, discovered her work.

After nearly 10 years on the East coast the couple moved to Austin, Texas to be closer to their families. Texas wasn't her thing, and like good natives, the lovebirds flew back to their roots and took up residency in the Big Easy. Amanda is clear on her vision and her audience.

With no disrespect she says softly, “I know my market is not here. I get a lot of my national orders from Not Just A Label (a site based in the UK) and locally it boils down to mostly interest in the clothes for local shoots and fashion shows. I'm still trying to locate my customer. It most likely has everything to do with the fabrics with which I choose to work. Leather and heavy wool are too hot for this climate. A lot of my pieces are silk, but then again with the additional embellishments and layers it can be a critical scrap for Nola's seasonality.”

Ok - next question: "Are you ok with that, and are you planning on making a move soon?" 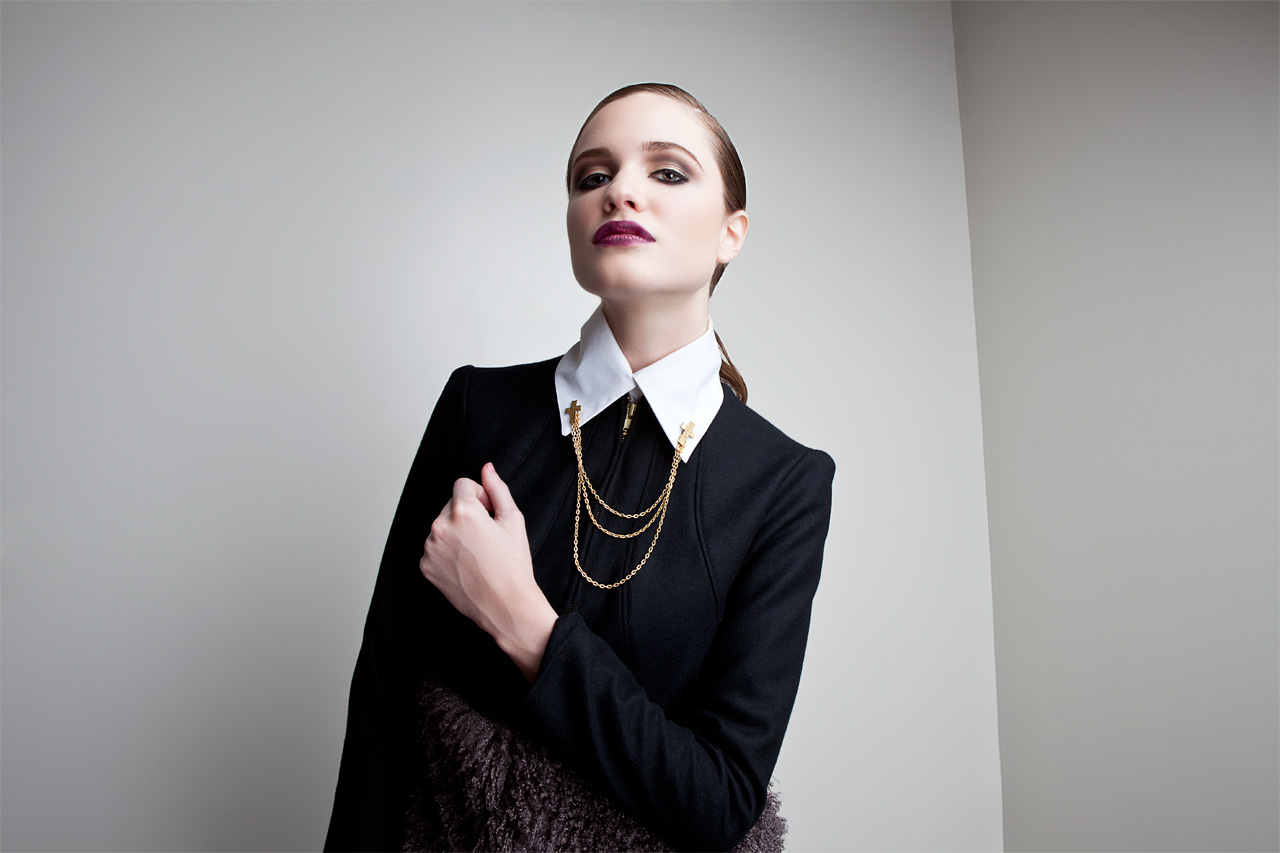 “No, I have a PR agent in NYC that has been working hard getting me interviews and collaboration projects on board. If we have to move then we will cross that bridge when we get there, but I don't see why I can't do what I've been doing successfully so far here with the added assistance from a public relations specialist based in a very large [fashion] market.” She recently finished working on her Spring/Summer 2015 collection that includes a velvety series of vintage-cut swimwear with intricate bustier boning, perhaps to appeal more to a warmer environment. Now she is working on a fashion film project for her Fall/Winter 2015 collection to be released around NYFW. This will include her “Nightmares” collection that was featured in American Art Collector.

Like all artists, one has to chase their dream and the means to support their craft; particularly when it is their life's blood. Spinning one's wheels may be a trying and monotonous feat, however, Amanda is grateful for the word of mouth and industry comrades she has acquired over the years that help spread the word about her label. Fast forward to New Orleans Fashion Week and her very big collection debut at The Ogden Museum of Southern Art. The designer claims that being a part of that helped her have a cohesive collection and remain structured in her production.

Following NOFW success she was chosen to be in American Art Collector Magazine based on her collection's influence from personal nightmares that mirrored painter Brad Kunkle's work. The accolade for being the first fashion designer ever featured in the art publication came along with the experience, therefore Amanda chose to work with local photographer Kenny Morrison and production manager Jessica Barker to nail her vision as it was relayed to Mr. Kunkle. The end product was a glorified editorial of artistic vision and hard work based on a series of technicolor dreams she had been suffering [or enjoying for the inspiration] recurrently. The edition was well received.

Then came New York Fashion week where she showcased 10 models in her most treasured pieces at the Algonquin in February of last year. Despite a 6 inch snow storm the day of her show, happy faces and those aware of her presence in the city vowed true to arrive and view the designer's exclusive seasonal selections. “It was a weird experience because if it hadn't been snowing I'm sure all of my RSVP's would have shown up. And there were big names on the list. But I am happy to have been there and gotten the exposure I did. It was worth it. I have no regrets for that trip.” 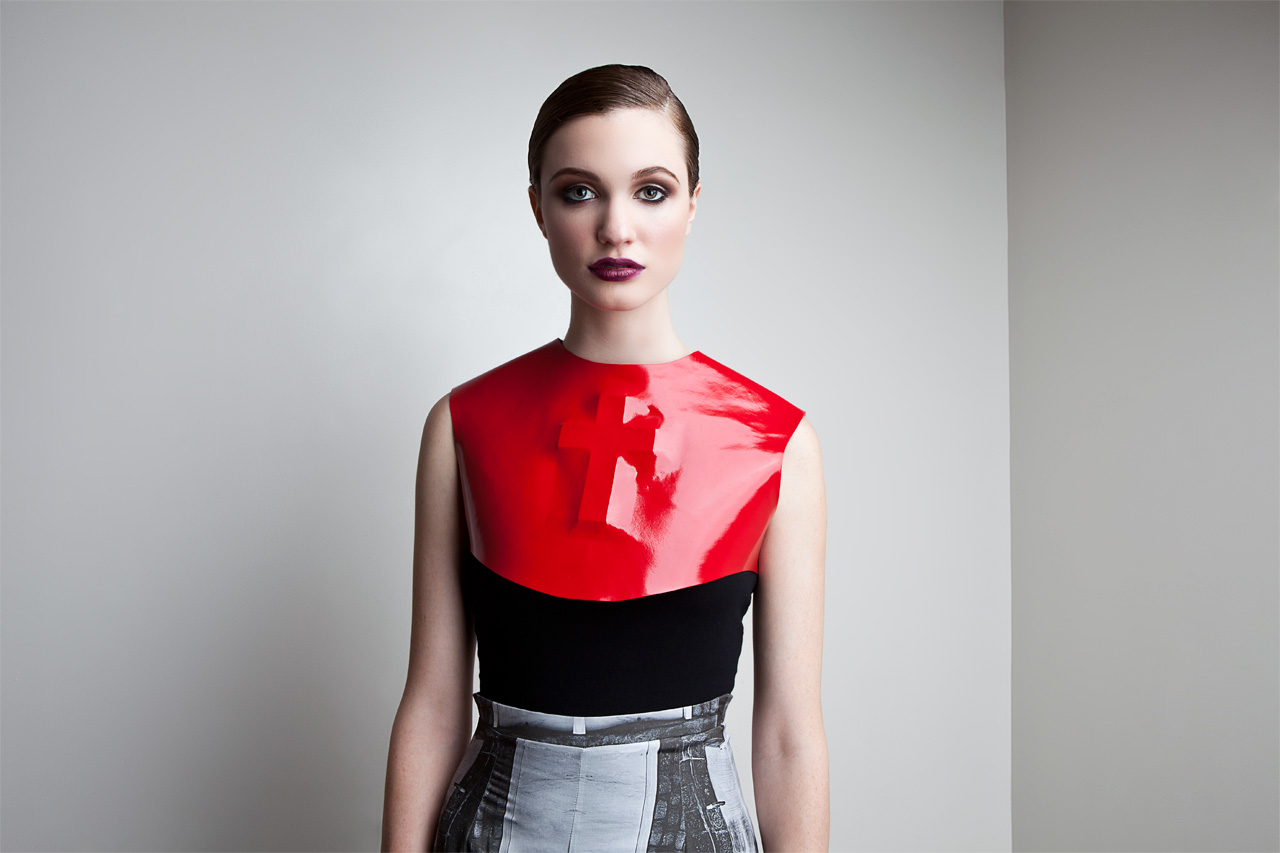 “I want to help eradicate that caricature the rest of the world thinks of New Orleans. It is such a lovely town- a big city, but so small. Filled to the brim with artistic energies where cultures collide in a beautiful gallery of history and its effects. The fact that my latest collection is based on the idea of what I'd want people to wear at my own funeral encapsulates the main theme at the collection's root: death, depression, and religion. Death and religion being things that New Orleans happens to glorify.”

You can find the designer's work at www.amandadeleon.com. Special thanks to Kevin deLeon for allowing us to use his images of Amanda.

Being Thrifty & Trendy: Thrift and Vintage Stores in New Orleans

New Orleans is a city that loves to dress up, whether it’s for Halloween, Carnival, or just a random night out. Creative residents and visitors alike know that some of the most interesting outfits can be found at the city’s many thrift and vintage stores. While... 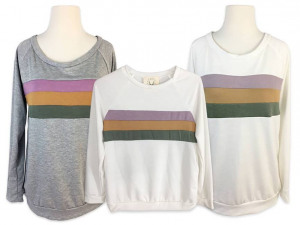 Top Local Shops to Get Your Mardi Gras Attire

Maybe it’s your first time in New Orleans celebrating Mardi Gras or maybe you’re a NOLA native, but either way, you may be left wondering where you could buy Mardi Gras themed attire. There is no shortage of places to buy beads and other Mardi Gras supplies, but here’s a list of local shops you can ship to the trendiest Mardi Gras clothing to show your Carnival pride this season. Fleurty Girl 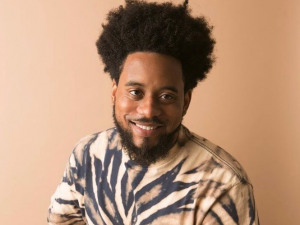 Last week, H&M saw controversy over social media due to an ad they featured of a child of color wearing an offensive hoodie. The green garment read, "Coolest Monkie in the Jungle," which didn't sit well among the African American community. The retailer saw music star The Wknd sever ties with the company along with protests in South Africa that resulted in destruction of one of its stores.  Reports later surfaced...