At the 2018 ESPY Awards, held in Los Angeles’s Microsoft Theater, the “Minneapolis Miracle,” a touchdown on Vikings’s WR Stefon Diggs’s 61-yard catch-and-run that defeated the Saints in the final seconds of a divisional round playoff game, was awarded this year’s Best Moment.

Other nominees for the award were No.16 seed Maryland-Baltimore County’s victory over No.1 seed Virginia in the NCAA men’s basketball tournament, the expansion Las Vegas Golden Knights’s Stanley Cup Final appearance, and Arike Ogunbowale's buzzer-beater that won the Notre Dame women a national title.

Until this week, Saints fans had associated this distinction with a fond memory. In 2007, Steve Gleason and the team received the honor for Gleason’s famous punt block against the Falcons in the first game held in the Superdome since Hurricane Katrina. Now, in the hearts of Black and Gold faithful, a harrowing nightmare presides over a euphoric reminiscence.

The agony of the “Minneapolis Miracle” persists in New Orleans. When recalling the sequence, what hasn’t lingered, however, in the memories of outside observers is how Minnesota squandered a 17-point halftime deficit to lose a commanding lead before their final drive. Also lost in the lore of the miracle was the 31-point shellacking the Philadelphia Eagles handed the Vikings the following week, thwarting the Vikes’s ambitions of becoming the first team to play in a Super Bowl in their home city.

Only a Super Bowl victory could rid the Saints of the stench of the “Minneapolis Miracle.” The team will embark on that quest when training camp opens July 26.

How to Succeed as a Golfer

Golf is a game that requires deep mental engagement. Successful golfers have a lot in common: They understand that golf calls for constant and correct practice, an alert mind, and a deep understanding of the fundamentals. Some of the skills... 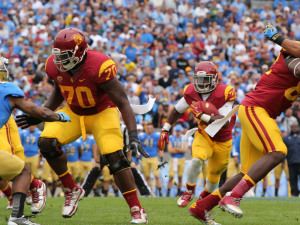 New Orleans hero and legendary former halfback Reggie Bush received a bit of welcome news recently. His period in the wilderness has come to an end. After 10 years of NCAA-required "disassociation" between the star athlete and the University of Southern California (USC), the college football powerhouse where Bush kicked off his celebrated career, the university has opted to lift its ban on him,... 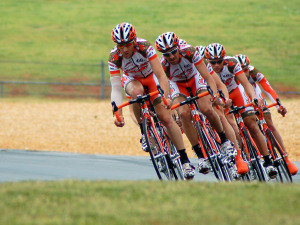 An article on NOLA.com reports that the Tour de Louisiane, a bicycle stage race that covers two days and three parishes with typically around 150 riders, is being postponed, with hopes to reschedule in mid-September. Under normal circumstances, the race would be held the first weekend in June, but like many other events, it has had to be delayed due to concerns regarding the spread of the coronavirus....