One of the biggest political issues sweeping the nation these days is the legalization or decriminalization of marijuana. It began in 1996 when California voters passed Proposition 215, which allowed for the medical use of marijuana. Today, 23 states, the District of Columbia and Guam have enacted legislation that ranges from allowing local universities to study marijuana all the way to legalizing recreational use among adults ages 21 and over. Slowly but surely, Americans are changing their minds about the “wacky tobacky,” denying the lies spouted by reefer madness and seeking reform.

Although none of us here in Louisiana can legally celebrate April 20 in a fragrant blaze of glory, perhaps we can simply pretend as though we are. After writing our legislators a note to let them know where we stand on marijuana legalization, we should revel in what we have at our fingertips. New Orleans is home to some of the finest cuisine in the country (if not the world), and one can only imagine what some of these delicious dishes would taste like after a short spliff as an aperitif.

For example, conjure up a trip to Mid-City for lunch at Brown Butter Southern Kitchen & Bar. Although anything on the menu is bound to be tasty, you should leap straight for the Warm Pork Rinds served in a grease-spotted brown paper bag. It’s something else to bite into these crispy, crackling pieces of pork heaven, but it’s something yet again to dip them in smoked corn buttermilk dressing beforehand.

If you’ve still got the munchies (and we know you do!), head to Bywater and land at Kebab on St. Claude Avenue. We all know that salty french fries with a bit of ketchup are enough to sate any stoner, but at Kebab they take it to a whole new level with crispy, brown Belgian fries slathered in aioli and their own spicy ketchup. You could easily pick up a falafel sandwich, too, and stay under budget, but those fries make it more than worth the journey.

Right after you wake (and bake), cruise on over to Biscuits & Buns on Banks in Mid-City. Feel free to pick your favorite dish from a menu that includes things like Fried Andouille Hash Cakes with Creole cheese sauce, French Toast with caramelized bananas and pancetta or a 12-hour “NOLA-Seasoned” Brisket on a Biscuit, but what you’re really drooling for are their complimentary mini-biscuits served with a dangerously decadent butter that’s been whipped with Steen’s Cane Syrup and pecans.

Like passing the dutchie on the left-hand side, dining can be a joyous and social experience. Since dutchies can’t be passed here, why not head over to Shaya and play pass the pita? For $15 you can get five delicious dishes to dip from using the phenomenal, wood-fired oven pita that arrives hot at your table. Try the creamy Baba Ganoush with eggplant and roasted garlic, Labneh made with Progress Farm yogurt, Cardamom-Roasted Beets with dill, and Ikra or paddlefish caviar with shallots and basil.

Finally, this munchies list wouldn’t be complete without a little something sweet, and since Hubig’s, one of the finest and most inexpensive desserts to be found in town, hasn’t returned for a second act, we’re forced to find our pies elsewhere. Thank goodness for District Hand Pie & Coffee, which have been providing us with buttery crust–covered delights like Banana Cream Pie, Strawberry and Avocado, Apple Strudel and the hand pie version of a Brookie. Sure, they offer savory pies as well, but that, my friends, is for a whole other Harold & Kumar kind of adventure.

"I'd rather take coffee than compliments just now." -Louisa May Alcott From its provocative aroma while brewing to the moment when that first flavorful sip hits your tongue, coffee—particularly good coffee—is equal to none. For many, it's a morning ritual,... 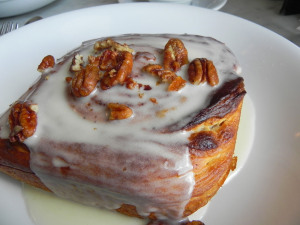 Like other service-oriented businesses, the restaurant industry has been slammed pretty hard due to the pandemic and resulting shutdowns. Though we inch ever closer to Phase Three, new breakouts and bad actors have business-owners struggling daily with the decision to allow dine-in, to offer only takeout and delivery, or to close their doors altogether. Even at 50-percent capacity, eateries still aren't pulling in enough to get out of the... 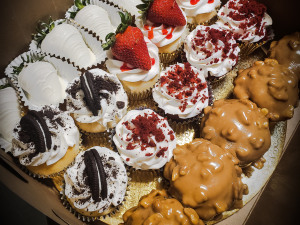 Long before the rise of social media (or even the internet), people were making baked goods in their own kitchens for sale to the public. Though laws vary from state-to-state, Louisiana's Cottage Food Act (enacted in 2013 and amended in 2014) allows residents to sell specific, low-risk goods, such as jams, jellies, honey, candy, and baked goods, made and packaged in your own kitchen, provided that its label states that the "food was not...