One of the most prominent facets of President-elect Joe Biden's platform was his sweeping climate control adjustments to help combat one of the most worrying, exponentially worsening problems facing our world today. Numerous climate scientists and mavens have been recruited to further and help enact his plan on the national level, but despite the national scope of this plan, Louisiana can expect to see some considerable changes at the state level. Regardless of any political butting of heads, the $2 trillion plan is soon to start making changes, and big ones at that.

In their very recently published study on states that would benefit most from Biden's climate plan, LawnStarter has aggregated states and employed a variety of metrics with which to determine which states will be the most affected by Biden's forthcoming large-scale changes. Louisiana will see many changes, mainly because much of our energy output and industry is predicated upon sources that are either non-renewable or outright toxic. We are a serious workhorse when it comes to petroleum, energy, and many other resources, but it is not a little-known fact that the current path is unsustainable. Louisiana ranked third in the nation for most toxic chemicals released in this study, and we also ranked in 47th place for the usage of electricity with renewable sources. Our rankings are continually dismal throughout the report, with another troubling 47th-place finish for power-grid reliability. Overall, the Southern states in general tended to rank lower on this poll simply because we have a demonstrably smaller quantity of environmental control legislature, as well as a higher emphasis on energy production for our local economies, than many Northern states.

The changes will almost certainly painful, but statistics prove this is a bandage that needs to ripped off one way or another so we can begin to truly recover. 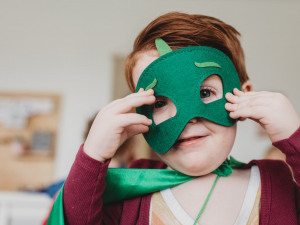