By: Clara Lacey and Graham Andreae

As we all journey toward paying our taxes this July, we begin to think about how our tax money is being spent, especially during the economic and health crisis of a global pandemic. WalletHub has set out to answer just that question, laying out the ROI, or return on investment, from state to state, based on a number of factors, including the following five categories: education, health, safety, economy, and infrastructure and pollution.

As COVID-19 has led to the Tax Day deadline being extended from April to July 15, those significantly financially affected by the quarantine and overall pandemic may be more curious this year as to where exactly their tax dollars are going. According to WalletHub's Taxpayer Survey, 60 percent of U.S. adults feel that they pay too much in taxes, and 88 percent don't believe that the government wisely uses tax revenue.

The site ranked every state based on these five characteristics, and Louisiana was placed at number 42 in the nation for return on our tax investment. Taxes are sky-high in the state, and yet, the services provided, as outlined by the survey done by WalletHub, are paltry by comparison. Louisiana ranked number 49 for worst school systems, compared to Massachusetts, which ranked first for best school systems, with a 51-times difference between them. Louisiana also ranked number 47 for worst water quality and number 48 for the highest percent of residents in poverty.

On another graph, Louisiana ranked 11th for total taxes per capita and 50th for government services. The data indicates that Louisiana has a moderate tax rate compared to others but exceptionally poor government services, along with many Republican states, such as South Carolina, Alabama, Arizona, and Mississippi. This seems to indicate, according to their findings, a trend among Republican states to provide poorer services in spite of higher taxes. However, there are some exceptions, which include Iowa, Wisconsin, and a few other states, which fall in line with some Democratic states in providing excellent return on investment from taxes. WalletHub claims that, designated politically by how they voted in the 2016 election, taxpayers in red states get a better ROI than in blue.

The analysis of this data looks to contrast state and local tax collections with the quality of service for each category in each state. While the federal income tax rates are the same across the country, some states get more federal funding than others, and aid for the COVID-19 pandemic has ranged variably among different states. Then, in comparing different states' taxes paid versus spending received and ranking the resources that taxes fund, WalletHub's study looks at whether people in states where they have to pay more taxes actually get better services, and if low-tax states are just more efficient or if they get low-quality services.

The study asked economic and public policy experts about how taxpayer funds are being used for government services and how you can measure the efficiency of the use of these funds. Marx Witte, Director of Undergraduate Studies and an economics professor at Northwestern, said that states with high-tax burdens provide better government services, as observed in some of the data, but it is contingent on debt levels. He also said that local governments commonly waste taxpayer funds on subsidies to corporations to move or stay, which may be significantly affected by the pandemic.

On the other hand, Marcia Godwin, Professor of Public Administration at University of La Verne, said that the connection between high taxes and better government services varies because some states benefit from tourism or resources like oil that better their government services while making their tax burdens look lower. She added that because the cost of living varies and may be higher in some states, the tax burden may seem high in some places but still may not be sufficient to fund necessary services.

Wherever you hail from this tax season, there are many factors at play that may influence your tax burden and the allocation of your tax dollars to different government services. In a time of crisis, transparency and analysis of our relationship to our government is more important than ever before. Check out WalletHub's study to learn about some surprising data on the distribution of federal services, how they are executed between states (whether they be red or blue), and what factors may be influencing your state's tax burden and allocation. 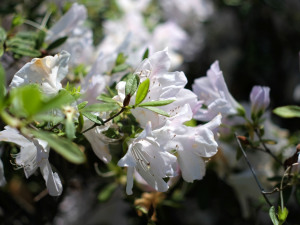 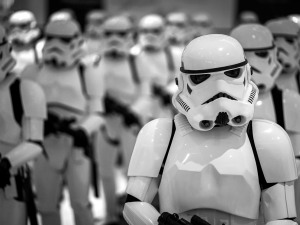