LawnStarter, self-described "Uber for lawn care," conducted a study and listed the best states for living "off the grid" in the United States; Louisiana came in 7th. They claimed that at this time, while social-distancing guidelines are enforced country-wide, there would be no better time to completely isolate than right now. However, LawnStarter acknowledged that not everywhere in the United States has the same practices of privacy and that places across the country have various different lifestyles.

LawnStarter compared the 50 states and the District of Columbia and ranked them based on multiple different factors, such as off-grid feasibility, infrastructure, climate, cost, and safety. They reported that their "data set ranges from average per-acre cost of farmland to legality of rainwater-harvesting to average monthly temperature." Needless to say, this was a thorough and investigative study. They ranked states in these subjects using a number scale, with the number 1 indicating the best.

Louisiana had high rankings overall. Our state ranked 2nd in average monthly precipitation in inches, 3rd in property taxes, 6th in number of rural health clinics per 1,000 square miles, 11th in potential for wind power, 12th for phone coverage, and 28th for legality of living off the grid. These scorings placed Louisiana as the 7th best state for living off the grid.

Most of the higher-ranked states are from the Mid-South, such as Kentucky, the top state, which ranked highly in all categories. South Carolina also scored highly due to the low cost of living and the relatively conventional climate. The Upper Midwest also had highly ranked states, particularly Minnesota, which ranked highly in road quality and potential wind power. Most of these states also have laws that encourage living off the grid, which is partially why they were ranked so highly.

Click here to view the entire study and the full list of 2021's best and worst states for living off the grid.

A New Relief Initiative for New Orleans Bartenders and Barbacks

The Tales of the Cocktail Foundation has announced they will be giving out $250 grants to eligible New Orleans bartenders and barbacks. In total, the "Mardi Gras Gives" relief initiative will give out $62,500 in support to eligible bar workers who have been affected by the... 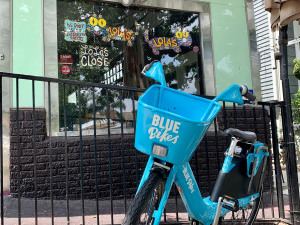 Blue Cross Will Bring Back Blue Bikes to New Orleans

Blue Cross and Blue Shield of Louisiana will be the sponsor of New Orleans's bike share program when it returns to the streets. Blue Cross and Blue Shield of Louisiana was the original sponsor of the Blue Bikes program that started in 2017 by Lime, the former program operator. Lime ended bike share in New Orleans in March 2020 because of the COVID-19 pandemic. This ended Blue Cross's original sponsorship commitment, and Blue Cross then... 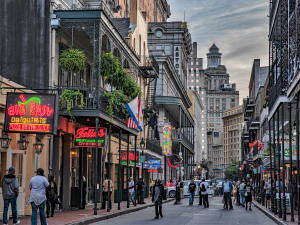 According to LawnStarter.com, New Orleans has been listed just below New York City as the seventh dirtiest city in the U.S., in a study of 200 of the biggest cities across the country. This conclusion was determined based on many factors including, but not limited to: mice or rat infestations, waste regulations, air quality, water quality, pollution, and litter. LawnStarter notes, "The filthiest cities are often also the largest, as...