The Louisiana crawfish industry has seen drastically reduced sales since the outbreak of COVID-19 has forced people into isolation.

Local farmers are attempting to rework their business models, selling their catch to individual homes rather than supplying for restaurants--but households make purchases on a much smaller scale than restaurant orders. With restaurants closed, and gatherings such as crawfish boils prohibited, businesses have only been able to sell between 10 and 15 percent of the product they have.

Texas and Mississippi have also halted restaurant service in attempt to contain the virus, which eliminates another consumer base.

The crawfish industry contributes $300 million to the Louisiana economy annually. The hit has come at the worst time, coinciding with what would normally be peak restaurant season, with more tourists visiting in the spring before the summer heat swells up. Because of the decline in demand, crawfish prices have dropped to $1.99 a pound.

In hopes of combatting the problem, the LSU AgCenter has recommended that Louisiana families buy crawfish for freezing, as it can be kept for three months.

For now, even though it'll be awhile before people will be able to gather in large numbers for backyard boils, private boils within individual families can help support the industry, and help fight the quarantine blues.

Local artist Terrance Osborne has spent the past several weeks creating paintings that honor the heroes of the medical and service industries. His "Front Line" piece, which depicts a courageous female doctor, is a nod to the iconic Rosie the Riveter poster from... 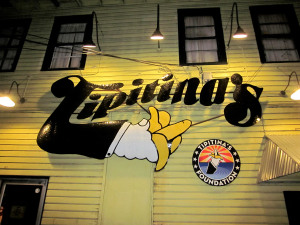 Tipitina's is hosting an auction to raise money to support its staff who currently cannot work during the COVID-19 shutdown. New Orleans artist Frenchy has donated some of his paintings to the effort. The first painting for auction is a group portrait of the band The Radiators and was painted from life during one of their shows in January of this year. Bids for the auction... 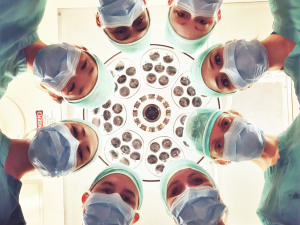 The Troubadour Hotel New Orleans has recently announced that they are providing daily use, nightly, weekly, and monthly rates for medical personnel during the coronavirus outbreak. If you are a healthcare worker and need to use a room to shower before going back to work, or perhaps a place to rest and take time for yourself on breaks, the Troubadour is there for you. The hotel will also offer space to...