Filmmakers from all over are having their films shown at the 24th Annual New Orleans film Festival. Here are some films, however, playing at this year's fest that are made by artists who call New Orleans home.

Date of the Dead – A blind date goes awry when the guy turns out to be a zombie in this narrative short directed and co-written by Joey Laura.  A native of New Orleans, Laura has written articles about film for the University of New Orleans student newspaper, Driftwood, as well as for New Orleans Second-line and the newly launched website Screen Echo. Laura is gearing up to start production on his M.F.A. thesis film Rachel’s Madcap Theater. 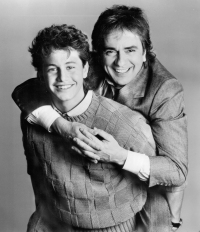 Father-Like Son – Following his father's untimely death, twenty-something college graduate Clark sees his mother getting quickly re-married...to a 24-year-old inventor. This comedy, up for the Jury Prize at this year's fest, is directed by Mac Alsfeld. After landing his first on-set job at the age of 15,  Alsfeld has worked on over 35 films in the Louisiana film industry, primarily as a cast assistant. He has worked under such Hollywood stars like Kevin Costner and Alan Arkin. Alsfeld is a 25-year-old comedy screenwriting partner in the Abby Normal comedy trio.

Omitted – New Orleans originated bounce music or “that beat” brought  Shelby "Skip" Skipper and Donald "Big Choo" Norris together almost 8 years ago. This documentary feature follows their lives as they dance and perform through the streets of New Orleans during Super Bowl XLVII and Mardi Gras 2013, as well as performing in national competitions. Omitted is the debut feature from Kenna J. Moore, owner of Ghost of Elysian Films LLC. Moore is a recent graduate of Louisiana State University with a degree in theatre/performing arts. A self described “military brat”, Moore was born in Meridian Mississippi, but moved around a lot. She has spent most of her teenage years and adult life here in New Orleans.

For screening dates and times for these and many other films by local filmmakers, visit neworleansfilmsociety.org

Back in 1976, a low-budget Jaws rip-off titled Grizzly, about a killer bear loose in a national park, became a drive-in hit. It's actually a pretty fun and effective horror/adventure film. Because it was a hit, talk of a sequel...

Film Review: News of the World

In a dire year for film, the new western News of the World stands out as one of the few bright spots. Directed by Paul Greengrass (United 93, The Bourne Ultimatum), the film tells the story of Captain Kidd (Tom Hanks), a Civil War veteran in Texas traveling from town to town to read newspaper articles as entertainment for local working people. During his travels, he comes across Johanna (Helena Zengel), a young white girl who has...